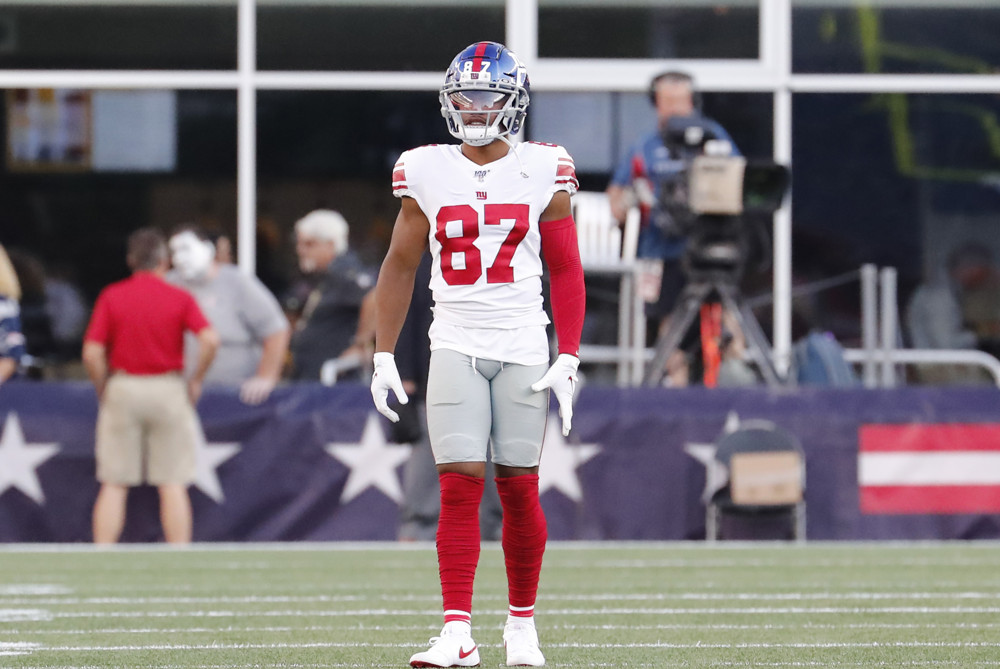 Lamar Jackson ($7000 DK, $8700 FD) — Matchup vs. the 49ers is theoretically difficult, but they’ve lost four key pieces on defense and have struggled against edge rushing. Relatively cheaper on DraftKings.

* Miles Sanders ($5400 DK, $5800 FD) — If Jordan Howard (doubtful, shoulder) remains out, Sanders projects for 80+ percent of the snaps again. This time it comes in an elite matchup against a Dolphins defense ranked 31st in yards per play allowed.

WIDE RECEIVER
Tyreek Hill ($8300 FD) — Brutally expensive on DraftKings, but firmly in play on Fanduel. Raiders have allowed most completions of 20+ yards.

DJ Chark ($6900 FD) — Thin on DraftKings as he’s close in price to DJ Moore, Mike Evans and Davante Adams. But price is right on Fanduel in the best possible matchup for a wide receiver.

Sterling Shepard ($4900 DK, $5900 FD) — With Golden Tate and Evan Engram out, Shepard gets to play his natural slot role. Even if the aforementioned duo was active, Shepard would’ve been a reasonable play in this game environment.

Chris Conley ($4500 DK) — Fifth in entire NFL in Air Yards over last two weeks. Gets ideal matchup against the Bucs. It’s a bit thin for cash, but he’s cheap on DraftKings.

Greg Olsen ($5100 FD) — A Fanduel-specific punt who continues to see incredible usage. Has run more routes than any tight end in NFL since Week 7 bye.

Jack Doyle ($3300 DK) – A DraftKings-specific option who projects to be less owned than Tyler Higbee. Benefits greatly from injuries to Eric Ebron and TY Hilton

Tyler Higbee ($2500 DK) — With Gerald Everett out, Higbee projects for an every-down role against the Cardinals’ league-worst tight end defense. Stone minimum on DraftKings opens up a lot. Still a very tough sell on Fanduel as he’s priced close to Darren Waller.

DEFENSE
Panthers ($3800 DK, $4700 FD) — Dwayne Haskins won last week, but still completed just 13 passes, took three sacks and threw another interception. And that was at home against the Lions.

Ravens ($2800 DK, $4000 FD) — This Ravens defense is quietly one of the league’s best since getting their secondary healthy. Jimmy Garoppolo has taken 10 sacks in his last three games.