Dinkmeyer: How To Beat 2-Game Slates 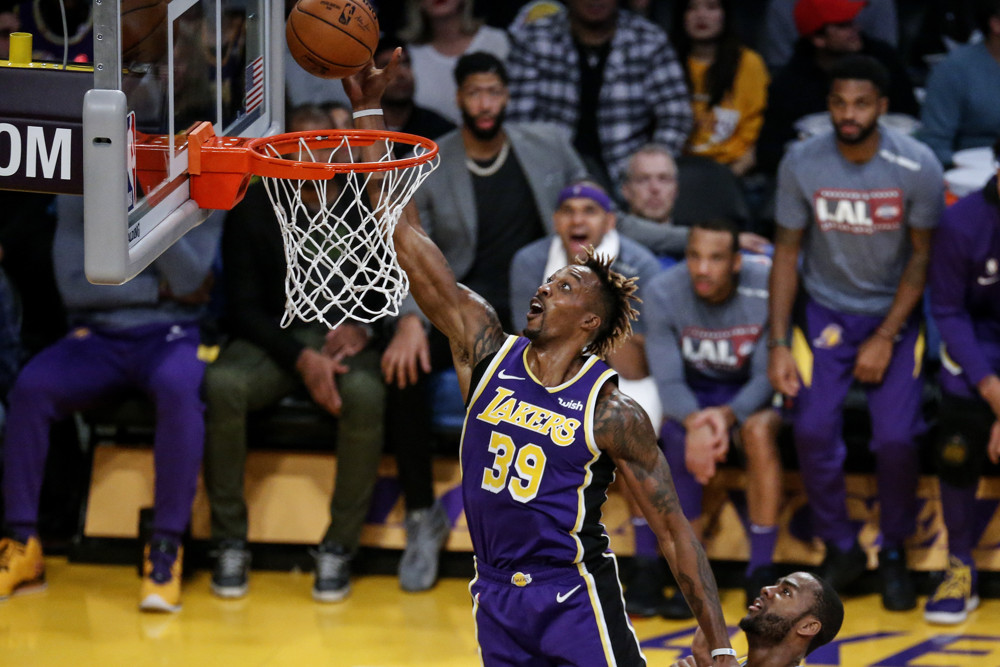 Welcome to the third playoff edition of GPP Leverage. This article is going to be a catch-all space for my GPP thoughts. In every article I’ll address some of the relevant GPP plays for that day’s slate, but some of the articles will be more focused on plays and others more focused on strategy. Today’s article is a strategy session. As the slate sizes condense, the edge narrows by simply selecting the right plays and I want to talk through some ways to play GPPs with limited options and condensed ownership. The two-game slates are a bit of a unique animal and we’re going to have a bunch of them over the next two weeks.

Let’s start with the value of avoiding duplicate lineups. Imagine you’re playing in a 10-person winner-take-all contest. When lock hits you find out that your nine opponents all have the same exact lineup while your lineup differs from the crowd. If you’re thoughtful, you celebrate wildly because you understand that your expected value has gone from 1/10th of the prize pool to 1/2 of the prize pool. You just have to beat one lineup in order to take home the entire prize instead of having to beat nine different lineups. By simply being unique in this scenario, you’ve increased your expected value.

The example above is an exaggerated one, but it’s illustrative of how you can increase your expected value by avoiding duplicate lineups. In sports with high levels of variance (football, golf, baseball), it’s extremely valuable to produce unique lineups because the variance in scoring makes it more likely that the “chalk” construction will fail and you’re more likely to get paid off for being unique. In a lower-variance sport, like basketball, it’s more difficult to realize this expected value because the “chalk” hits more frequently. This is especially the case in the playoffs where tighter rotations create a very small pool of options to choose from. For example, on today’s slate we only have FOUR small forward eligible players on FanDuel that are even projected for playing time. You have to play TWO. You can avoid a duplicate lineup by selecting one of the other choices that isn’t projected to play, but we’d have to miss wildly in playing time projection for that player to actually increase your expected value. This is the tricky part of short slate NBA DFS. How do we get unique, without going too far off the reservation? Let’s look at three different ways you can try to improve your probability of finding a unique lineup and your expected value. These three ways are listed in order of most conservative to most aggressive.

1. Leave salary on the table

A different approach, instead of focusing on salary, is to take a large stand – preferably on a contrarian position. On a small slate in NBA, it’s likely that the star players, even if they have bad games, are going to score enough with a bad game to get near the top-scoring lineups. So we’d prefer the stances to be on middle-of-the-road projected players. Locking or excluding a player or two that is a viable play but not a clear-cut play in a MME set will help you work deeper into the combinations of that player in lineups. Certainly their highest-projected lineups will still be duplicated by others but the bottom of your MME set will have more chances to find unique lineups.

3. Leveraging projections against themselves

Many of your competitors in large-field GPPs are using projections to build lineups in mass. Some projection systems are superior to others but on a small slate with limited options, it’s harder for the projection sets to demonstrate a huge advantage over one another. Since you can safely assume plenty of your opponents are using these projections, you want to think through how you can leverage that to your advantage. In NBA DFS, there is a variable that can wildly impact projections — blowouts. Take last night’s Portland-Lakers game as an example. Here were the top scorers in DraftKings points in that game:

The odds on Damian Lillard finishing as the 11th-highest DK scorer in this game were quite low. On last night’s two-game slates, Lillard was one of the most popular targets. The blowout immediately removed a huge percentage of lineups from contention. It also brought a bunch of likely very low-owned options into consideration for the top lineups. Players like Dwight Howard, Javale McGee, and Mario Hezonja wouldn’t project as optimal most of the time. If you played the two-game slate with the perspective that MIA-IND would be competitive and LAL-POR would blowout, your lineups would’ve had a big competitive advantage. In this instance, the Jimmy Butler injury would’ve shaken up the results further, but the general idea holds.

For every two-game slate you’re playing, you can increase your uniqueness and your expected value by playing a percentage of your lineups for a blowout in each of the games. Many nights, there will not be a blowout. Many of your lineups will be dead, but the nights there is a blowout, you’ll improve your odds of truly contending in the GPP.

So how do you build lineups for blowouts? The majority of your lineups should be game-stacks, with the bulk of the options coming from one game. In order to fit some unique combinations of the top players in those games, you’ll want to consider mixing in some exposure to players in the other game that could be productive in a blowout. Players like Mario Hezonja or Dwight Howard, who have been good per-minute producers and would see playing time extended, are good candidates. Ideally you want to consider those types of players that also fit at positions that would add additional leverage on highly-owned plays from that game. As an example, on FanDuel – the three highest-owned point guard plays may all come from UTA-DEN (Jamal Murray, Mike Conley, and Monte Morris). IF Utah-Denver is an extreme blowout and Jamal Murray fails and scores in the 20s, you don’t necessarily need your replacement player to outscore him. Emmanuel Mudiay would fit as a player who has played in both blowout games much of the 4Q and has historically been a decent per-minute producer. He’s generated 10.7 and 12.3 FanDuel points in those two contests. He didn’t play in Game 4. We’re not projecting him to play in Game 5. So he’s only playing in a blowout, BUT if he scores 10-15 less than Murray AND it allows you to build unique combinations of other highly-priced players in a correlated game environment you now have a path to overcoming that difference. An example would be Mudiay-Niang-Porzingis-Hardaway outscoring a much more popular Murray-Ingles-Millsap-Grant. The second side is going to beat the first side in an overwhelming amount of simulation but it’s also going to be duplicated and owned in most of those. In addition, the second side is all correlated to the same game environment. In Games 2 and 3, the four players in the second group combined for 18 minutes while Niang and Mudiay alone combined for 24 minutes.

If you can get a lineup that’s as unique as often as it wins, you’ve got a chance at creating some expected value. On a six-game or 10-game slate, these plays are too far off the reservation and too many different game environments need to play out perfectly for them to have value. But on a two-game slate, you need far less to go wrong in order to benefit as a contrarian.