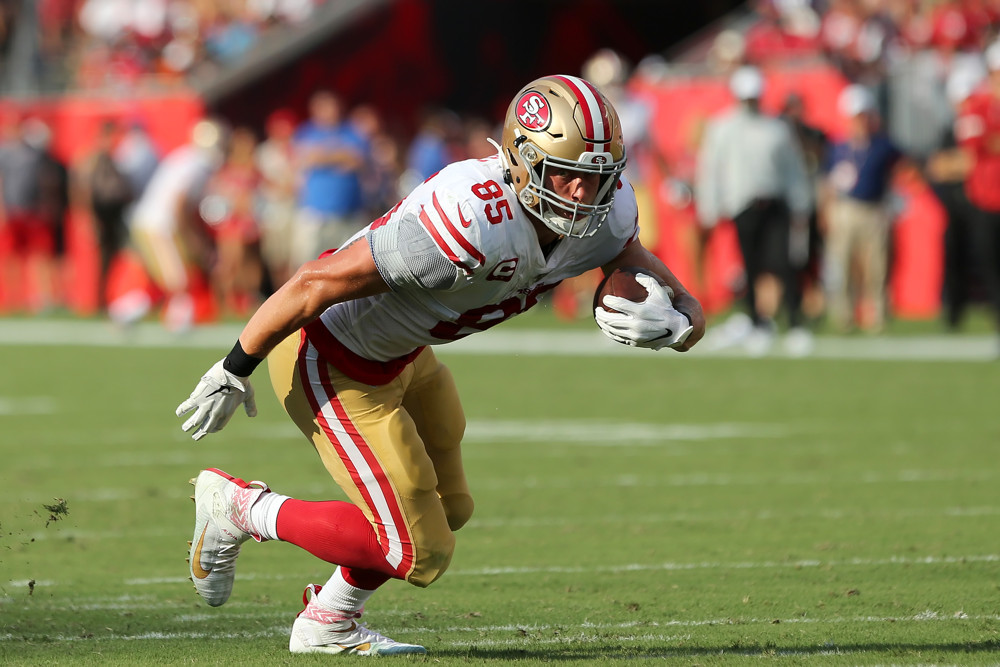 Editor’s Note: Our Draft Kit is just $35 and includes access to all our Best Ball Rankings. All subscribers get a free $10 credit to use on Underdog Fantasy Best Ball. New players on Underdog get a $35 credit. Click here for details.

“If you can’t spot the sucker in the first half hour at the table, then you are the sucker.” In poker or Best Ball, there’s accuracy to this Rounders quote. That’s not to say there can’t be sharp drafts that break the rule, but more importantly, it should be a part of our process as we are reviewing our drafts. Through studying how others are drafting, we can not only learn strategies to employ but also identify mistakes to avoid.

And that is the inspiration behind this article. We are still very early in drafting season and while there is substantial content around what to do, I think it would be helpful to also touch on perhaps what not to do. Throughout my early drafting, I am paying particular attention to how others are drafting and trying to identify common trends. What teams are people reaching to stack? How are teams adapting their strategy when they miss said stack? Which roster constructions are most popular? And my favorite: What are the common mistakes I am seeing?

Too often I see people go into a draft locked into a certain strategy, roster construction, or desired stack. There is nothing wrong with having plans going into a draft, starting with those strong opinions, but they need to be weakly held. We should be drafting with a flexible mindset and willing to quickly pivot and adapt as necessary. I go into every draft hoping to use a hyperfragile roster construction, but after I start a draft with Travis Kelce and Tyreek Hill, I know I quickly need to change my strategy. I shouldn’t be chasing my hyperfragile build with four straight meh RBs in the middle rounds when I should be prioritizing WRs. When taking a portfolio approach to Best Ball and accepting you’ll have a large number of entries, you will likely feel less pressure to hit on your pre-draft strategies every time.

Stacking is a key to success in these large-field Best Ball tournaments, but it shouldn’t be our primary goal. Rather, it is a tool or strategy we often leverage to achieve our goals of advancing each round and increasing our odds to win the final week.

I say this because we need to keep that perspective when we are trying to stack. And all too often, I see people prioritizing their stacks above all else – specifically, reaching for their stack QBs or pass-catching counterparts at the expense of player value. I think there are a couple reasons not to do this.

First, you can look at Michael Leone’s analysis that shows sacrificing a lot of value to complete your stack is as bad, if not worse, than not stacking at all. Second, I often see people reaching for a QB when they already drafted two of that player’s pass-catchers. In reality, having those pass catchers should actually increase your willingness to wait on the QB because it is less likely another drafter is going for that stack. A great example is drafting Amari Cooper (Underdog ADP 32.7) and CeeDee Lamb (34.6). In the fifth round, you may feel the need to reach to grab Dak Prescott (58.7), but if there is a strong value available instead, you can likely wait to grab Dak in the sixth as others will not be looking to complete a stack with Dak. And if you happen to get unlucky and someone grabs him, that leads to my third point: Missing your QB for a team stack doesn’t kill your draft. You still have correlation among multiple pass-catchers and the QB slot is the easiest position to replace with comparable points. This mindset is another reason I recommend the portfolio approach where you can take chances on your stack partners falling in exchange for getting better talent in those rounds that you’d otherwise be reaching.

3. Running Backs not complementing each other

People have gotten smarter about drafting RBs later in the draft, mostly prioritizing those with significant upside even if they are likely to score substantially fewer points than other RBs available. And I think this is definitely the correct way in general to be thinking about the mid- and late-round RBs. However, I do not believe people are thinking about how their RBs complement each other within a roster.

I think the two strategies this is most evident in are hyperfragile and zero-RB builds. For hyperfragile builds with two or three RBs drafted early, people should be looking for a fourth RB that can provide a solid weekly floor. For that team to be successful, you are counting on your top two or three RBs having great seasons so rather than drafting a fourth RB hoping for a breakout (e.g., Alexander Mattison), I prioritize RBs that I know will be playing and can provide me with essential points during bye weeks or perhaps a missed game or two (e.g., Nyheim Hines). For zero-RB, people should be taking the opposite approach. Given you will have a large number of RBs and no top-of-the-draft anchors, you should be looking for upside with just about every RB pick. This strategy is particularly important for modified zero-RB where you’re really just looking to hit big on one high-upside RB.

4. Poor use of draft capital

I mentioned earlier we should be flexible in our drafts, but there are some hard and fast rules we should not break. One of those is around draft capital at the QB and TE position (particularly for Underdog-style drafts with 18 roster spots). If you draft an elite QB or TE, you should not be drafting three of that position. The high cost for those positions includes the expectation that you will be gaining an extra roster spot for another position. When drafting a third, not only are you selecting a player that is unlikely to be relevant on a league-winning team (remember – we are drafting with the expectation our early picks will be successful), but you are taking away extra depth from a position of need.

All too often I am still seeing people grab two late TEs to pair with a George Kittle or Darren Waller type, using the arguments that they can be used in the flex or it is to protect against a position that has a high likelihood of injuries. Or after grabbing an elite QB, drafting a third QB because it completes a stack. However, this depth most likely only comes into play on teams where the elite QB or TE struggles, and in those situations, we are unlikely to be winning our league or advancing anyways.

This may be the most likely flaw for people new to Best Ball. It can manifest in a variety of ways, but in general, people are drafting in fear of what might happen rather than with hopes of what could happen. Here are a few clear signs of someone playing it too safe. Drafting that third QB or TE after selecting an elite guy at that position. Drafting a running back’s handcuff. Prioritizing average projected points over potential upside. Drafting well-balanced roster builds (i.e., 2-6-7-3). Avoiding players with ambiguous roles rather than betting on talent and hoping the playing time works out. Drafting veterans with a secure role but capped upside. These are a few examples, but I am confident you all will recognize other ways in which drafters are handicapping themselves by trying to play it too safe.

If you have found yourself making any of these mistakes, there is still an entire summer to be drafting and correct these behaviors. And as you keep drafting, the more you start to identify other drafters making these or other mistakes, the better you are likely getting.

Best of luck out there in the drafts and feel free to keep reaching out to me on Twitter (@JustinHerzig) with any questions, comments, or just to brag about a great draft you had.