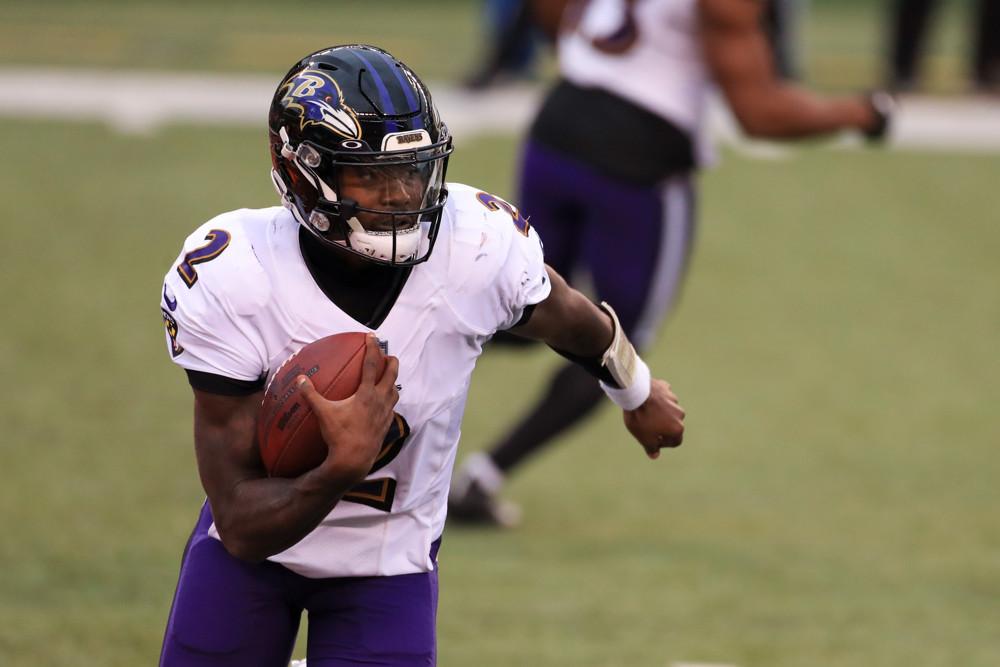 Not an ETR Subscriber yet? Don’t miss our Holiday Sale on NFL, NBA, and Player Props subscriptions. Full details at the end of the article.

This past Sunday, Establish The Run subscriber Will Hsu won the DraftKings Milly Maker, turning $45.35 into $1,206,452.63. We caught up with Will to ask him about his DFS background, his big win, and how he plans on using the money.

When did you start playing fantasy sports?

I started playing fantasy sports in college during the late 1990s as fantasy football transitioned from newspaper/telephone to online (Yahoo!). There weren’t great platforms back then for basketball, and one of the first leagues I remember participating in, I wrote the scripts in Excel to tabulate the scoring for our college dormitory’s fantasy basketball league. One guy was responsible for entering in the box scores for the player universe and then I tabulated each player’s fantasy points and teams’ points weekly in a spreadsheet.

How did you get into DFS?

I got into DFS after I moved home to Wausau, Wisconsin to take over the family business in 2011. A lot of my friends I played season-long fantasy sports with started leaving my old employer, getting married, and having kids. This, combined with me living in a small rural community, made it harder for us to get together to draft baseball and football season-long leagues, primarily because reality got in the way of fantasy as we started getting older.

A few of my friends started playing DFS and creating small invite-only contests on the DraftKings platform for our friend group that played season-long (we still do these to this day). It was actually a brilliant move because we can choose to play or not play in any given week or contest and not have to worry about coordinating a draft time, not getting a player you really want on your team, people losing interest halfway through the season, collecting and distributing money, etc.

When did you join the ETR community?

So, DFS was mostly a social game with friends and a form of entertainment since I live kind of in the middle of nowhere Wisconsin. I remember when Evan Silva was writing his weekly NFL game-by-game breakdown column for Rotoworld as I used that as a tool to pick players for my one remaining season-long league and for my friends’ DraftKings leagues. That’s when I started following and paying more attention to the content on Twitter and other online media platforms. Eventually, Evan’s co-founding of Establish The Run made me start subscribing to your platform.

I know based on a few years of experience playing DFS that I do best in single-entry, short-slate tournament fields. As a hand-build player who also manages my bankroll with a family and doesn’t have the time or funds to enter max-20 or max-150, run optimizers, late swap, and watch countdown shows on Sunday morning, that’s also where I likely have the greatest edge or have the least disadvantage compared to other players.

I’m not a great cash lineup builder either, as I lean towards taking more risk and correlation than guaranteed points and floors. So, for me, a lot of my play is based on game theory and game selection. I lean heavier on single-entry, shorter slates (game selection) because you can focus more on one or two games in a condensed slate with less likely variability rather than the greater variability and randomness involved on a larger pool of players during a full slate.

After reading all that, you’re probably asking how I ended up playing the Milly Maker last week, as it’s the opposite of what I tend to be good at — short-slate, single-entry.

What led to you entering the Milly Maker in Week 15?

I hand-built the two GPP lineups at 3AM on Sunday morning when I couldn’t sleep (I was answering messages on WeChat for our businesses and customers in China, as it was Sunday evening there). I then texted them to my buddy, Paul, who I share strategy and thoughts with on DFS.

At that point, I was only putting in about $50 of GPPs and had about $60-70 in cash games. Here’s where game selection kicked in, as I felt the balance in my betting wasn’t right to have over 50% cash when I’m not the best at cash.

So, I decided to drop an entry for each of my GPP lineups into the Milly Maker to balance the betting heavier on GPP, as I didn’t really have a feel for which of those two lineups might be better of the two. Luckily, I entered both — otherwise, we wouldn’t even be having this conversation.

I only play the Milly one out of every two or three weeks, and this so happened to be one of those weeks where I felt the balance in betting wasn’t right and the builds were good enough that they had a chance, as they were slightly contrarian to the field.

What decisions led to you winning?

This past week, I used ETR’s DFS Top Plays a lot while building lineups to make a checklist of decisions on fade or not compared to the field.

What aspects of ETR do you find the most valuable?

For me, the most valuable parts of ETR are the podcasts, Silva’s Matchups Analysis, Hermsmeyer’s Buy-Low (because his modeling resonates with me as a former financial analyst), Levitan’s Cheap WR Volume, and then consensus DFS Top Plays. I use each of your tools differently:

Has ETR helped you improve your fantasy game? If so, how?

So, I think I gave a couple examples above where ETR has helped improve my game. I take a lot of concepts I learned and picked up from poker and apply them to DFS because the game theory is similar.

ETR, for me, was primarily the podcasts and tools I mentioned above to understand ownership and biases the field may hold to identify decision points on players and where I needed to be contrarian to win. ETR does a lot of that on their podcasts and videos. As a financial analyst, I understand the leverage created on the field by picking sleepers or value that others don’t see, which can also be created by just not playing chalky players and picking other players at the same or similar price point.

But, someone I identify as chalk may not be chalky and someone I identify as value may already have been seen by the field as value, so your site and tools help me better understand if what I believe may be right or wrong. It’s kind of a way of avoiding confirmation bias in my head and checking my beliefs against your collective wisdom.

What will you do with the money?

I ended up settling at $1.18 million, as the TOC ticket isn’t a cash prize but is counted that way in the scoreboard until the contest closes (learned something new).

My wife and I agreed we would move out $1.1 million and I can play with the rest or do what I want with “the change”.

I know that there was some thread of luck in me winning the Milly Maker, as it wasn’t necessarily my skill in building the lineup. A lot of things had to break the right way for me during the slate or for any winner in any given week. That’s chance and circumstance, because I very easily could have not even entered the Milly Maker, as I don’t religiously play it every week.

I think that’s why some people find it pretty crazy given all the little things that had to come together in order for me to win. And that’s just a little different perspective on this game of DFS we play.

I’m obviously very happy to have won it and it will change some things in my life — mostly, my perspective on the game now that I’ve already won it once. I don’t expect I’ll win it again, but I’ll still play it for fun and I’ll be a lifetime/annual subscriber to Establish The Run as long as you guys are around.

In the spirit of the holidays, we’re offering discounts on both our NFL and NBA packages. Subscribe today, as this promo will run for a limited time only.

Happy Holidays from the ETR Team!