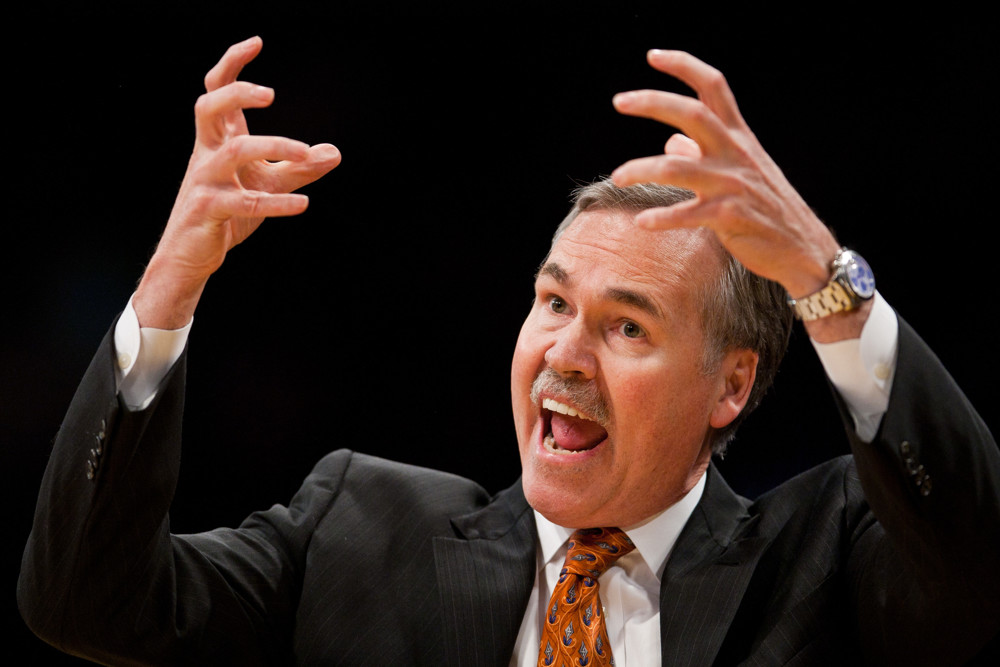 NBA DFS has been my specialty for the last seven years. It’s a unique game because of how the five players on the court interact with each other and because of how many small plays add up to a final fantasy score. Those who truly grasp both the data and subjective side of the NBA can generate some of the biggest edges in DFS.

Editor’s Note: Drew Dinkmeyer is officially a member of the ETR team! He’ll be a big part of our NFL product and the Head of NBA. For more information on our products, click here.

These are the five biggest mistakes I see NBA DFS players make:

1. LACK OF PRICE SENSITIVITY
One of the biggest differences between NBA DFS and other sports is the scoring system. In sports like NFL or MLB a single play can represent an out-sized percentage of a player’s contributions for the slate. Simply hitting a home run or breaking a long touchdown can transform a complete zero into an above average performance. In NBA DFS, the most impactful point scoring sequences are a much smaller percentage of the total scoring. The player simply cannot get the bulk of their scoring through one big play.

The event-based scoring of other sports widens the distribution of scores while the more incremental scoring in NBA DFS tightens them. The result is a higher correlation between what we expect to happen and actual player performance. When expectations are realized more frequently, it’s more difficult for one out-sized performance to carry a roster and instead it’s more likely for one out-sized negative performance to sink a roster. Since you need contributions throughout your lineup, pricing comes with more opportunity cost. There are fewer nights where a #TeamJamEmIn approach will make sense in NBA because of the opportunity cost it brings in floor and upside.

NBA DFS players can’t ignore price tag. The difference between a good and a bad play can simply come down to the price.

How will ETR help you avoid this mistake?
The ETR team will always stress strength of plays in the context of their price. Our Tiered Top Plays for each state will rely heavily on expectation relative to price, and our shows will put these expectations into context.

2. GAME LOG WATCHING
This is a common mistake DFS players make in all sports, not just NBA DFS. If you’ve ever read the fine print on an investment pamphlet you’ll know that: “past performance is not indicative of future results”. Even with the benefit of good disclaimers, our human nature has a hard time reconciling a choice for the option that has performed worse of late.

There are absolutely unquantifiable risks associated with investing in poor recent performance. The most notable is if a player is battling something physically or mentally that is impacting their performance from their historical norms. In the investment world this is known as a “value trap.” The phrase represents seeing the illusion of value because you’re not aware something is fundamentally different.

The idea that something has fundamentally changed is the reason most utilize or reference game logs. Unfortunately, while humans are very good at looking for trends and patterns in data, we’re very poor at correctly identifying them.  The good news is we can use this to our advantage as DFS players. If we know the field is looking for an advantage somewhere they’re unlikely to find it, it’s in our best interests to avoid it. In addition to the field looking in this direction, recent performance often influences pricing. Players who have performed better of late also tend to get more expensive. This is particularly valuable in a price sensitive sport.

By simply ignoring recent game logs, you can often be more price sensitive and contrarian than the field.

How will ETR help you avoid this mistake?
By understanding and conveying context. A game log doesn’t show foul trouble, matchup implications, pace factors, scorekeeping bias and more. Furthermore, a philosophy rooted in projection helps eliminate some of the emotion around recent performance. Armed with a sound projection process and a team of analysts skilled at identifying meaningful change, the ETR team will keep subscribers educated on what context is impacting a player’s recent performance.

3. NOT ADJUSTING FOR SITE-SPECIFIC SCORING
As DFS players we often think of this in the context of “cash game” or “tournament plays.” We recognize a certain player’s attributes may be better utilized in a different game type. However, we aren’t always as thoughtful on how differences in the site’s scoring and pricing impacts the quality of the play. This issue is most exacerbated in NBA DFS where at first glance slight differences in scoring can result in substantially different valuations. Let’s examine the big scoring differences between DraftKings and FanDuel.

DraftKings offers bonus points for compiling in the form of a double-double or triple-double. They also reward 3-point shooting and penalize turnovers less. This is a scoring format that caters to star players who have the ball in their hands often. They’re penalized less than FanDuel and rewarded more for usage.

FanDuel penalizes turnovers more heavily but also rewards steals and blocks with an extra point. This is a site that is going to reward role players, specifically ones who add value on defense, more substantially.

All plays are not created equal — we have to understand the scoring system on each site.

The superstar players should outscore the role players more substantially on DraftKings than on FanDuel and pricing should reflect it. When a star player is priced similarly on the two sites, they’re typically a better option on DraftKings. The difference in the scoring and pricing systems can make it so that a player is a strong target on one site and irrelevant on the other.

How will ETR help you avoid this mistake?
All of our NBA content at ETR will delineate the strength of plays relative to FanDuel or DraftKings. Our Tiered Top Plays will include a chart showing the differences between plays on each site.

4. OVERRATING INDIVIDUAL DEFENSE
One of the common misconceptions about the NBA is valuing the league through the prism of a one-on-one tournament. The average NBA team has somewhere between 5%-8% of all their possessions that are classified as “isolation” plays. The James Harden led Houston Rockets are the exception to this rule with a 20% isolation play rate this season, but teams ranking 3-21 in isolation frequency are all between 5% and 8%.

In addition, most modern NBA defenses employ a tactic called “switching” which means coverage assignments change as defenses deal with a pick (or screen). The end result is a relatively small percentage of offensive possessions end up with the “matchup” of a primary defender on your offensive player. Kawhi Leonard is an incredible defender and in those possessions your offensive player ends up finishing the possession against him in isolation, it will be difficult. It just won’t happen often enough that it should be a starting point for your decision-making.

How will ETR help you avoid this mistake?
Our content will focus on the statistics that matter most in evaluating player performance. Our analysis is rooted proportionally in the variables that impact fantasy scoring. Allowing others to overvalue individual DvP matchups while we confidently avoid is a big edge.

5. CONTEXT MATTERS
There is only one basketball. Who you are sharing that basketball with on the floor matters. If you are a small-ball center with the second unit but asked to play a stretch power forward role when the starting power forward goes down, your rebounding expectations should come down. If you are the lead scorer in the second unit and inserted into the starting lineup due to injury, your usage is likely going to take a hit playing alongside other starters.

Simply looking at fantasy point per minute production and not adjusting for context can lead to over-valuing players who were highly efficient in different roles. New lineups and rotations happen frequently in the NBA. If you can develop an understanding of how the pieces around the player support their fantasy production, you’ll have a better chance at identifying overvalued players due to a new role.

How will ETR help you avoid this mistake?
We will provide content examining rotation and usage changes that impact an individual player’s expectation each night. We will arm you with an understanding of the context around plays and how that impacts expectations. This is the “secret sauce” that takes years of experience and understanding to implement.