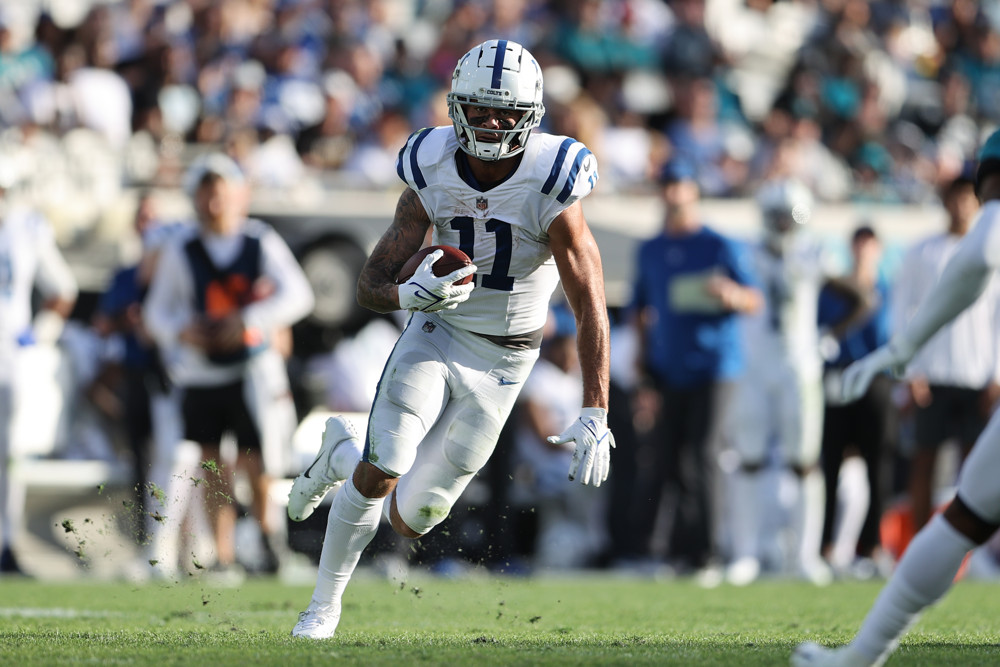 Matt Ryan’s 50 pass attempts in Week 1’s tie with Houston were inflated by seven throws in overtime but nevertheless suggest Frank Reich is confident enough in what’s left of 37-year-old Ryan’s passing acumen to trust him with voluminous play calling. Week 2 opponent Jacksonville gave up 313 yards and four TDs to Carson Wentz last Sunday, hitting Wentz on only four of his 42 dropbacks and sacking him once. Ryan’s ceiling is too limited for DFS consideration, but he is a sturdy two-QB-league starter. … Jonathan Taylor’s 31 carries against the Texans were the third most of his career, and his seven targets tied for second most. The centerpiece of Reich’s offense, Taylor is an obvious top-two RB1 play each week. … Nyheim Hines banked a 27% snap rate, six targets, and three carries versus Houston. Hines continues to profile as a sporadic fantasy scorer who would need a Taylor injury to become a bankable RB2. It is perhaps noteworthy that Jacksonville conceded 10 Week 1 receptions to Commanders running backs.