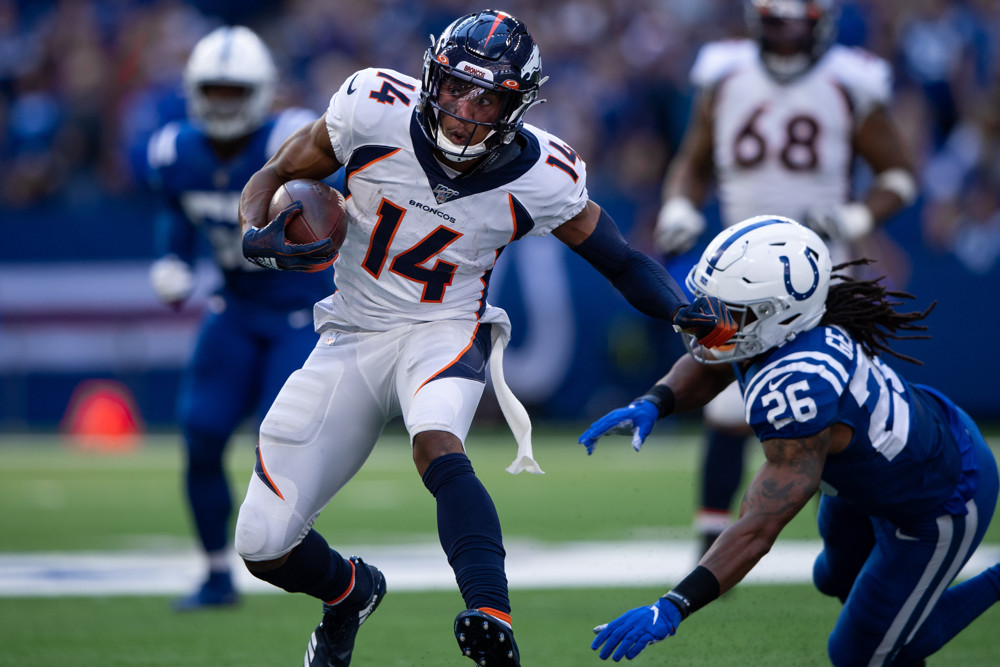 Another year, another summer of best ball. It’s 2022 and with another year under our belts, we have more learnings we can apply to this year’s drafting strategies. Below is an evergreen article I wrote last year that still applies, with some additional updates based on how my thinking has evolved.

To kick the best-ball season off, I’ll start by giving my Five Keys to Winning at Best Ball:

1. Study the Structure, Format, and Scoring

If we’re playing a tournament, we should consider whether it’s cumulative scoring or playoff style. What is necessary to advance each round, how many people do we need to beat each round, and most importantly, what is the construction of the final round? If the final round includes 470 people with a major percentage of the prize money at the top, we should focus on a more fragile but high-upside strategy that sets us up to succeed when our teams make it to the final week. If we are playing more cash style where the top three make money and payouts are generally flat, we should adjust our strategy to a potentially safer draft that can survive mid-round injuries (perhaps drafting three QBs or TEs). And just as important as the structure of the tournament or league is the scoring specifics.

Here are a few examples:

.5 PPR, playoff style where you must advance out of your regular season group, through the multiple playoff weeks, culminating in a Week 17 championship. Best Ball Mania III requires finishing 2/12 in your drafting group, 1/10 in Week 15, 1/16 in Week 16, and a 470-team final group

For more details on how to adjust for unique scoring formats, see Michael Leone’s evergreen content on the subject.

I highly recommend you use our rankings that are customized for each site. If you don’t see a certain site up there, see if that scoring format aligns with one of the other existing rankings. If not, feel free to reach out and we’ll see what we can do.

2. How To Stack Without Going Overboard

Stacking has become the norm in best-ball drafts, rightfully so. Not only is the correlation between the success of a QB and his pass catchers, but across a season, having more players on a high-scoring and efficient offense is generally a good thing. This year, the stacking strategy should be taken even a step further given the added importance of correlation in Week 17 (championship week!).

Last year, as the championship weeks across sites for best-ball tournaments grew from around 50 teams to a couple hundred, I started emphasizing the importance of building lineups that could excel in Week 17. This meant finding ways to have contrarian players, those in strong game environments, and most importantly, match-up stacks where you can hit the upside case of multiple players going off in a high-scoring game. I was fortunate to capitalize on the latter in the DraftKings Main Event, hitting on a Joe Burrow – Ja’Marr Chase – Tee Higgins – Tyreek Hill – Darrel Williams stack. In a game the Bengals won 34-31, those five players combined for 141.54 points, or 62% of the 228.84 points that team scored to take fourth place (good for $200K). Predicting which players will be healthy and excel or which teams will have poor defenses is possible, but difficult and far from a guarantee. But through stacking a game, we can give ourselves the best chance at maximizing on the occasions a game turns into a blowout. And as was the case last year, having as many parts of the blowout gives you the best chance at beating the hundreds of others in the championship week.

But stacking isn’t limited to just Week 17 or merely traditional QB + pass catcher stacks. For example, with best ball being for the entire season, I actually expand my correlation to anyone on the team. Even two players you likely wouldn’t play together in DFS, such as Ryan Tannehill and Derrick Henry, who negatively correlate in any given game, positively correlate across the season if the Titans are an efficient and winning team. Both Tannehill and Henry will likely have strong years if that is the case.

That is why when I think of stacking, I’m primarily considering how many players on the same team I can draft no matter the position. I’ll often