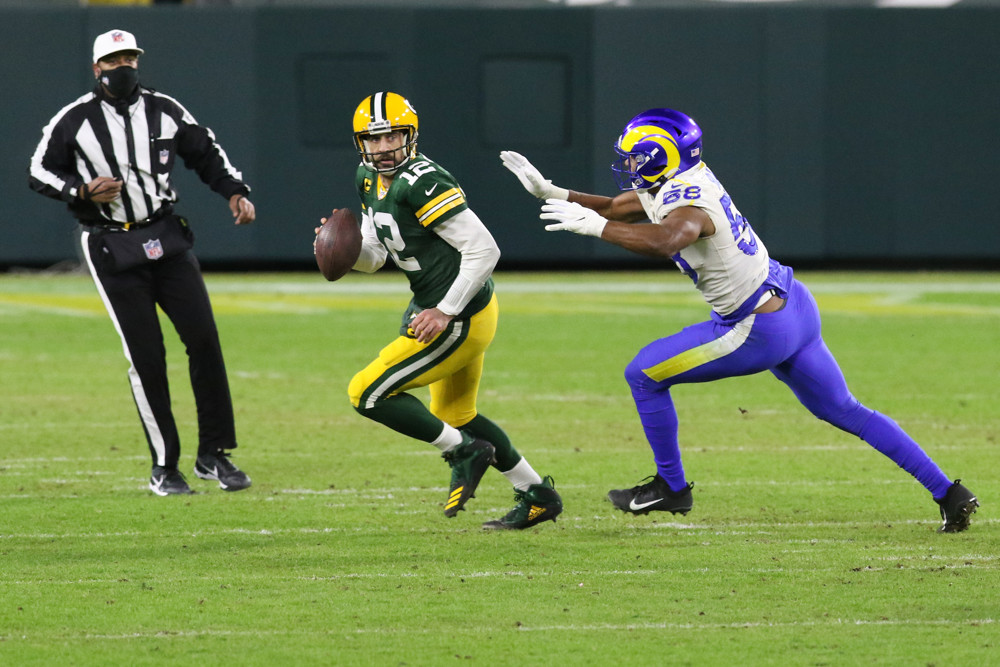 The foundation for making any kind of awards bet is understanding who has already won said award and why.  One of the challenges in this form of analysis is that football is played differently today than it was even 20 years ago, and we do not want outdated or otherwise irrelevant information unnecessarily infecting our process.  With all due respect to NFL icons like Walter Payton and Emmitt Smith, studying their MVP campaigns of years gone by isn’t going to help us make better bets this awards season.

That’s why I’ve made 2010 the cutoff in awards analysis, so that we can focus more on recent trends that have taken place during the current era of NFL football.  In 2021 we are entering the first 17-game regular season.  When a reasonable number of 17-game seasons are in the books, my awards analysis will focus entirely on those outcomes.

Last year’s MVP race had a number of lead changes, as Seahawks quarterback Russell Wilson got off to a hot start and took the lead early in the season.  Preseason favorite Patrick Mahomes retook the lead after pushing the Chiefs to a 9-1 record heading into Week 12.  Late in the year Packers legend Aaron Rodgers pulled even with Mahomes, eventually overcoming the Chiefs signal caller in the final weeks to win his third MVP award.  It should also be noted that Bills quarterback and Evan Silva’s preseason longshot MVP bet at 60-1 odds was a relative contender throughout the year that truly surged in the final month of the regular season, ultimately finishing second in the MVP race.  Titans running back Derrick Henry also breached 2,000 yards rushing last year, but was never a true contender in last year’s MVP race.