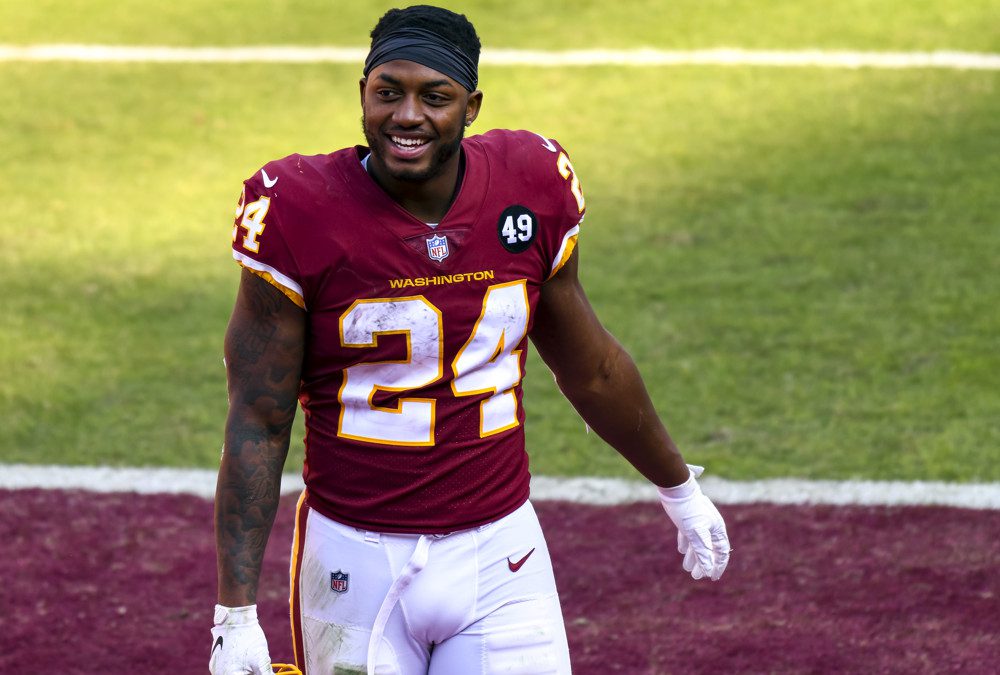 Week 1’s unveiling of Jason Garrett’s year-two Giants offense went as expected or worse against the Broncos, eking out 5.3 yards per play and 13 points in New York’s two-touchdown defeat. Daniel Jones wasn’t the G-Men’s biggest Opening Day problem but fumbled for the 30th time in 27 career starts and remains an exciting attack target for fantasy D/STs, especially those as talented as Washington’s. … The Giants held Saquon Barkley to 11 touches on 29 snaps versus Denver, while Devontae Booker mixed in behind him (5, 24) as part of an innocuous backfield effort.