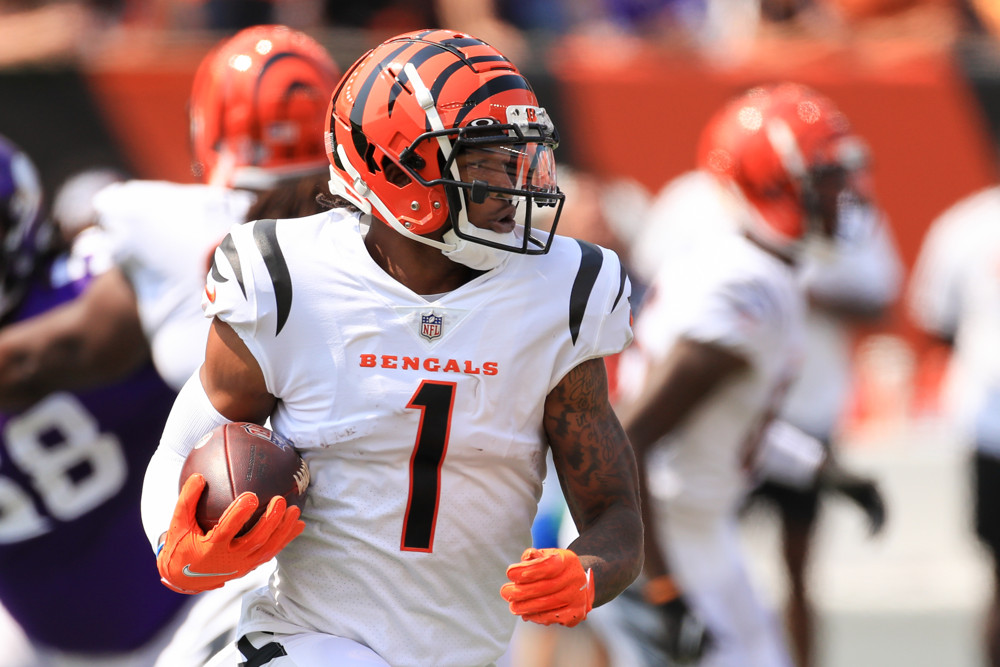 Another week, another receiver on the Milly Maker-winning lineup. That makes two weeks in a row, and I’ve lost count of the number over the season. After all these years, I still field Twitter accusations about the model not working, or that it’s stopped being effective. In this week of giving thanks, for fantasy, I’m most thankful that math still works.

This week was an object lesson in game theory, with Davante Adams scoring over nine points more than Terry McLaurin, but the differentiation F1 offered at just 1.2% ownership compared to Adams’ 16.3% (as well as being $1400 cheaper) helped DraftKings user Jackson205 to a big win.

Adams did make the third-place Milly Maker roster, and Diontae Johnson was on the Sunday Night Showdown-winning lineup with 6.6% of rosters putting him at captain.