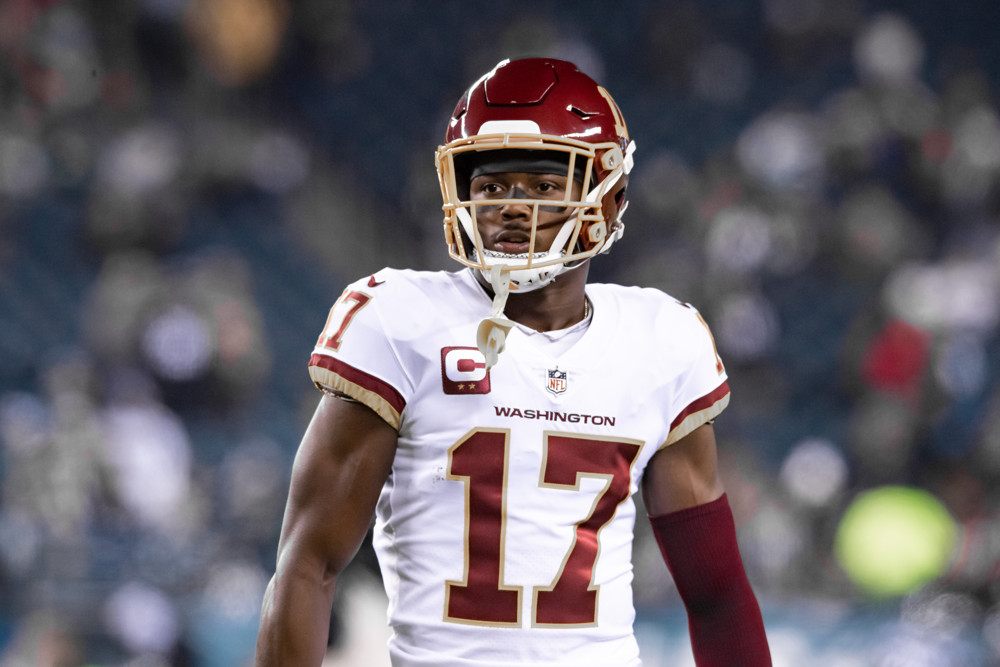 Eagles-Commanders looks like an over bet based on these teams’ Weeks 1-2 scoring; both clubs rank top four in total TDs and sport above-average or better offensive lines. To some controversy, I ranked Jalen Hurts over Patrick Mahomes in my preseason Top 150 but feel good about it right now since Hurts is fantasy’s overall QB3 versus Mahomes’ QB6 two games in. In last year’s two dates with Ron Rivera/Jack Del Rio’s unit, Hurts fileted WFT for 37-of-52 passing (71%), 510 yards (9.8 YPA), and 15/82/2 rushing. And Hurts’ supporting cast is much better this year. … Only the Lions have allowed more fantasy running back points than the Commanders through two weeks. This is an eruption spot for Miles Sanders, who netted Weeks 1-2 touch counts of 15 and 20 and is averaging a career-high 5.9 yards per carry. Kenneth Gainwell and Boston Scott are intriguing but low-ceiling role players behind clear-cut lead RB Sanders.