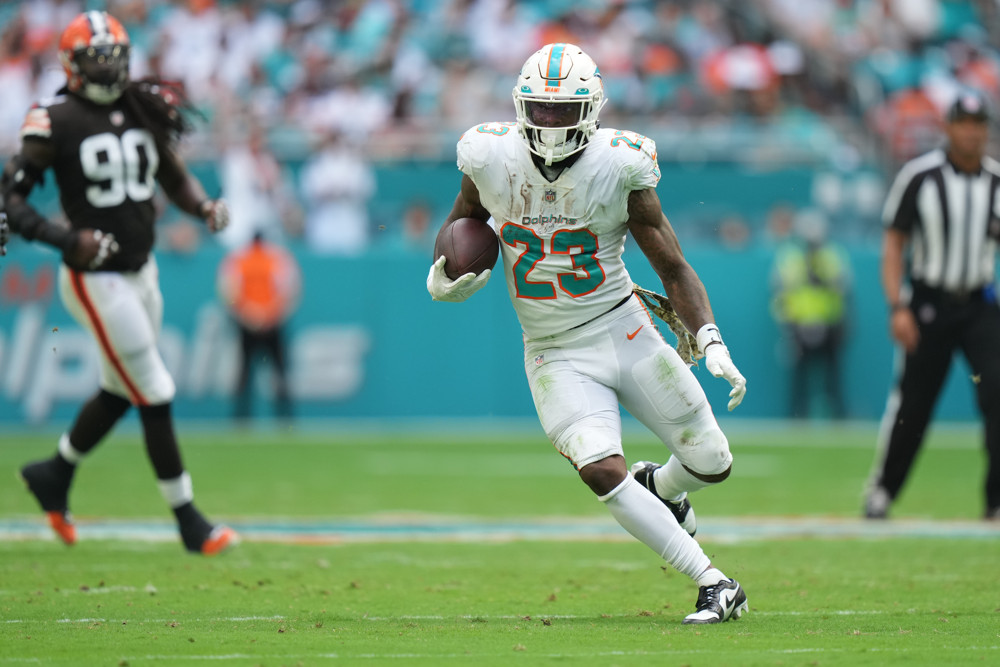 Utterly compromised in Week 11 by negative game script — the Commanders built a 20-0 lead on the Texans before halftime — Dameon Pierce now encounters an extremely high-risk environment with Houston visiting Miami as a near-two-TD road dog. I’m downgrading Pierce to a boom-or-bust RB2/flex option here. … Increasingly at risk of being benched for Kyle Allen, Davis Mills is a green-light attack target for the Dolphins’ D/ST, having taken at least three sacks in four straight starts and thrown seven picks over his last five. … I’d rather throw darts at Nico Collins than Brandin Cooks at this point. Cooks has scored once all year while exhibiting minimal playmaking ability and questionable buy-in after the Texans failed to trade him before the deadline. Collins has drawn 17 targets on an 82% snap rate over Houston’s last two games. … With Brevin Jordan healthy scratched again, fifth-round rookie Teagan Quitoriano — not Jordan Akins — took over as the Texans’ main tight end in Week 11’s defeat. Akins operated as Houston’s No. 2 TE, and O.J. Howard was a fairly distant No. 3. Quitoriano is worth rostering in deep dynasty leagues, but this is a fantasy situation to aggressively avoid in the near term.