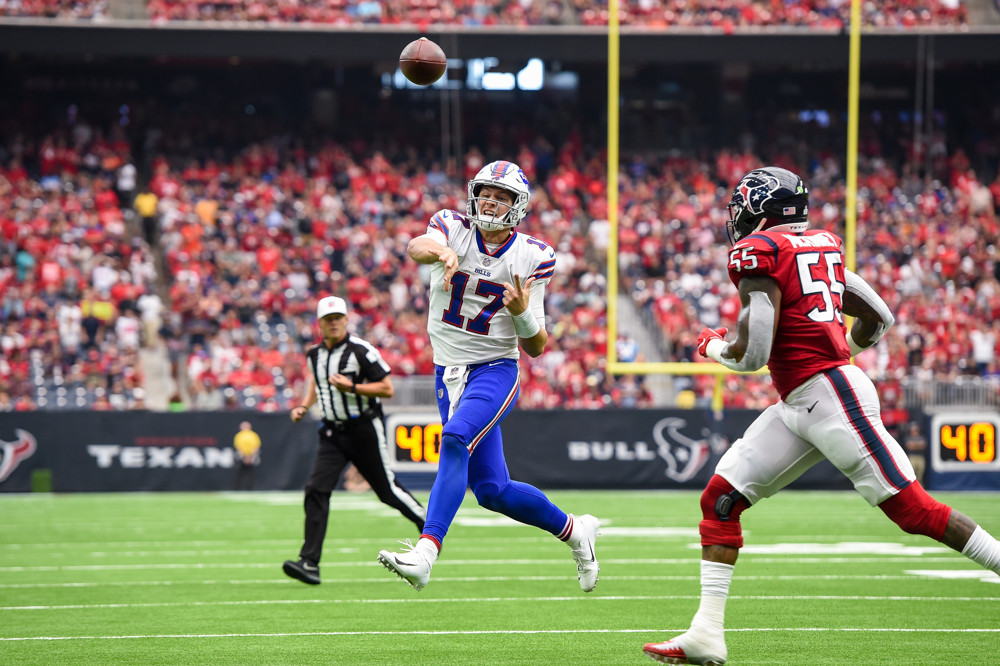 True every-week fantasy starters; you’re trotting them out regardless of opponent and circumstance. They’re difference-makers at fantasy’s most saturated position.

Lamar Jackson experienced expected 2020 mean regression yet maintained an elite 6.9% passing TD Rate and became the NFL’s first-ever quarterback to clear 1,000 rushing yards in consecutive seasons. Behind Mark Andrews, 26, and Marquise Brown, 24, the Ravens fortified Jackson’s weaponry with veteran Sammy Watkins and first-round pick Rashod Bateman, while All-Pro LT Ronnie Stanley returns from an ankle injury that cost him over half of last year. I’m siding with Jackson as 2021’s overall QB1 because his floor-ceiling combination is unmatched at the position.

Patrick Mahomes is the NFL’s most dominant passer, and his arrow is still pointing up. He led the league in passing yards per game in 2020 (316.0), banked a career-high 82.9 QBR, and asserted himself as a legitimate dual threat by finishing top 10 in QB rushing yards. Needle movers Tyreek Hill and Travis Kelce return. Even after cutting Eric Fisher and Mitchell Schwartz, the Chiefs rebuilt their offensive line aggressively enough that it’s reasonable to think K.C.’s front five could be the best of Mahomes’ career.

Kyler Murray’s 11 rushing TDs will be tough to repeat, but he is the league’s likeliest quarterback to compete with Jackson’s running production. As a passer, Murray improved in virtually every rate stat from his rookie to sophomore year. I love Arizona’s addition of C Rodney Hudson. This will be Kyler’s second full season with DeAndre Hopkins. Even if A.J. Green proves mostly a sideline-running decoy, his signing should allow Christian Kirk to man the slot, which has always been Kirk’s optimal position.