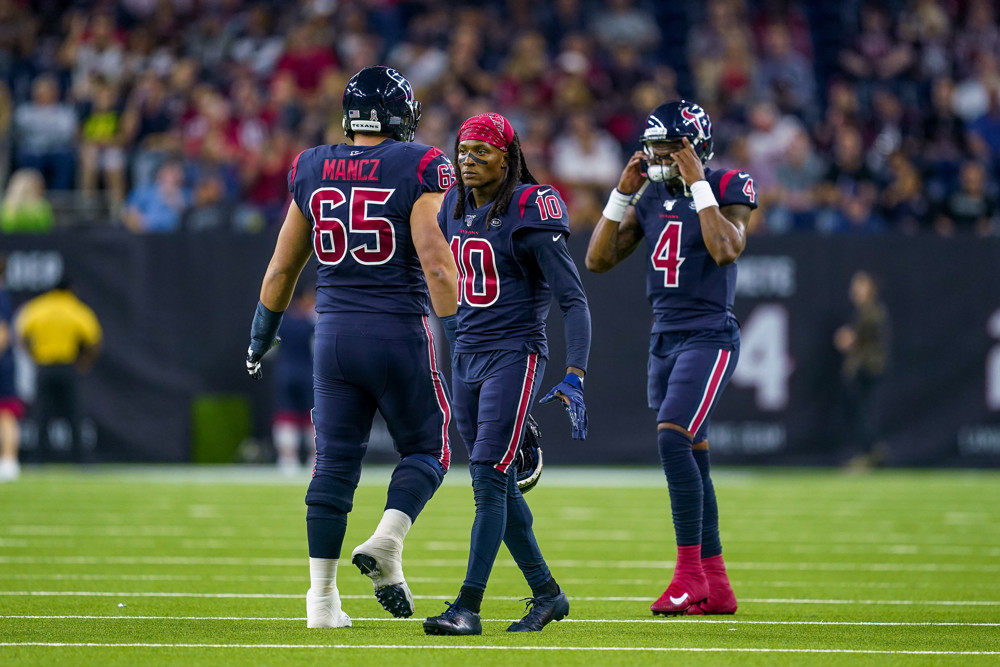 There’s a misconception that the best DFS players only roster low-owned players. That couldn’t be further from the truth. The best tournament players are winning through roster construction, understanding correlation in games/teams and thinking of ownership in a cumulative sense. In other words, we can certainly roster players in large-field GPPs at 30%+ ownership as long as the average ownership of players is much lower. To drive home this point, I did a study of DraftKings Milly Maker winners from 2016-2018 and 43-of-45 winners had at least one player owned below 5%. Note 38-of-45 also had at least one player more than 20%  owned.

The below ownership projections are for the biggest tournaments on each site: DraftKings Milly Maker and Fanduel Sunday Million. They will be updated on Friday night and again on Sunday morning.

Editor’s Note: Best experienced on mobile when viewed horizontally. This must be done to access the sorting arrows found next to the column headers.