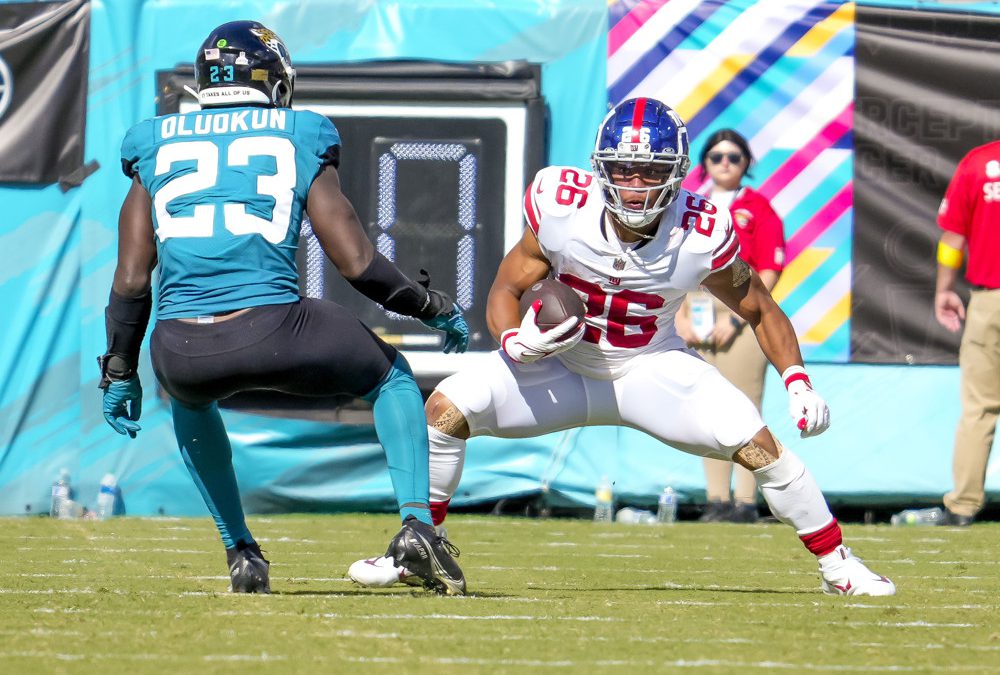 Rested after holding starters out of Week 18’s meaningless tilt with Philly, the Giants visit Minneapolis’ U.S. Bank Stadium dome for a rematch of these clubs’ Week 16 meeting wherein New York attacked Minnesota via the pass. Otherwise engineering a balanced to Saquon Barkley-driven offense, Giants HC Brian Daboll teed up Daniel Jones for his second-highest pass-attempts total of the season (42) in Week 16, resulting in Jones’ second-highest passing-yardage total (334) plus 4/34/0 rushing against the Vikings. Only four NFL defenses surrendered more fantasy QB points than Minnesota in 2022. … Barkley touched up Minnesota for 133 yards and a score in Week 16. Barkley also leads the Giants in receiving, while this year’s Vikings have coughed up the NFL’s 11th-most receptions (90) to enemy running backs.