Silva: Ten Things I Think About the 2021 NFL Draft 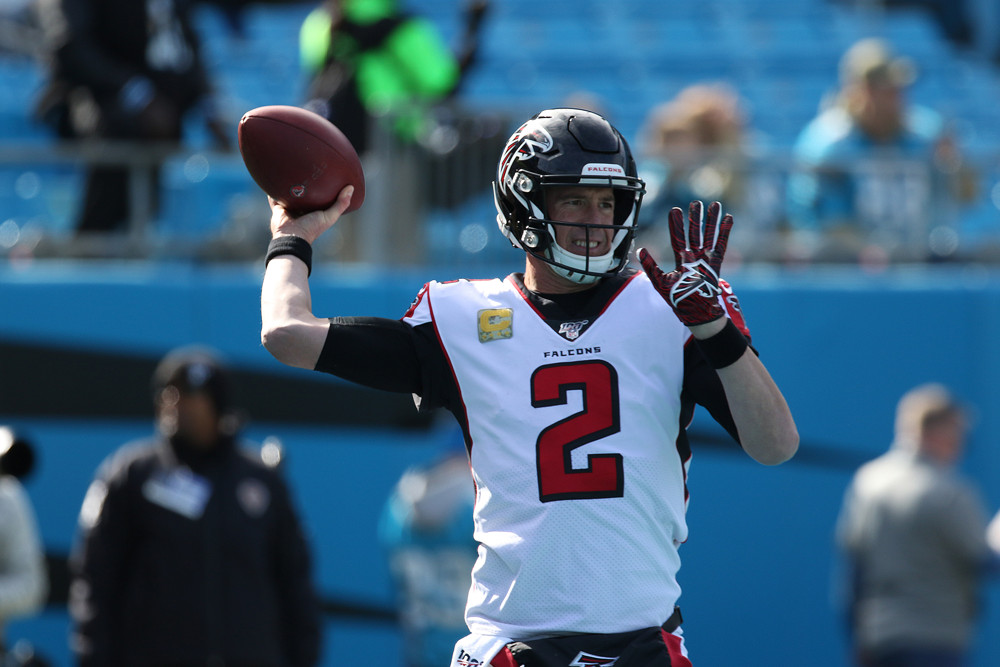 As we inch toward Thursday night’s first round of the NFL draft, I wanted to brain dump some thoughts in one space. I’ll publish my final mock late on Wednesday.

Note: Odds provided are based on DraftKings Sportsbook’s Tuesday night listings and are obviously subject to change. Odds differ sportsbook to sportsbook.

The first two picks have seemed locked in for months. Rather than dual-threat playmakers Justin Fields and Trey Lance, Kyle Shanahan prefers an in-structure distributor dealing to post-catch gamebreakers George Kittle, Deebo Samuel, and Brandon Aiyuk. Pitts is the No. 1 non-quarterback on most teams’ draft boards. Although Cincinnati’s primary need is offensive line, word on the street has Bengals ownership granting Burrow his wish to draft Chase over Penei Sewell.

No one knows where Fields is going.

But I suspect he’ll be selected in the Nos. 7-9 range. You can get plus odds on arguably the draft’s second-most talented signal caller landing in any destination.

Hitting a longshot Fields bet could make your draft weekend.

3. I think at least six cornerbacks will go in the first round.

Cornerback is a premium position in a passing league, and three corners are virtually assured of landing in Round 1. They are Alabama’s Patrick Surtain II, Jaycee Horn of South Carolina, and Northwestern’s Greg Newsome.

Virginia Tech CB Caleb Farley’s medicals are problematic, but I’ve heard at least one team drafting late in the first is confident enough in Farley’s health to trade up for him should Farley fall within striking distance. Florida State’s Asante Samuel Jr. is a Round 1-caliber ballhawk. Georgia’s Eric Stokes blends plus size (6’0/194) with elite speed (4.31), intercepted four passes in nine games last season, and was a consistent cover man as a 26-game starter versus SEC competition. Stokes’ college teammate, Tyson Campbell, garnered the fifth-highest poll position among cornerback prospects in longtime NFL journalist Bob McGinn’s survey of scouts and executives.

Beginning with Arizona at No. 16, 14 of the final 16 teams scheduled to draft in the first round are cornerback needy.

4. This is the worst running back class I’ve ever seen.

For a variety of reasons – foremost, the Pandemic – this draft is one of the thinnest we’ve encountered in some time. And running back is among its weakest position groups.

More recently, I dove into this year’s lower-tier backs. I couldn’t possibly have been less impressed.

I’m betting that more than 1.5 running backs will be drafted in the first round.

But long term, I’m betting against this running back class panning out as a whole.

5. If the 49ers don’t draft Trey Lance, I’m struggling to peg his destination.

And I don’t think Lance is going to San Francisco.

6. These are my best-bet teams to trade down in Round 1.

The Dolphins at No. 6 have a trade-down mentality and are positioned directly ahead of a potential quarterback run with Detroit at No. 7, Carolina at No. 8, and Denver at No. 9, giving the Fins leverage should a QB-needy club like the Bears, Patriots, Football Team, or Steelers offer a viable package to move up.

At No. 7, the Lions are in desperate need of talent restoration and could use an influx of picks.

The Eagles at No. 12 have seemingly embraced a soft rebuild.

The Ravens at No. 31 figure to be open for business after executing their initial first-round selection at No. 27.

Wide receivers are most commonly mocked to the Giants, even after Dave Gettleman’s team invested a four-year, $72 million deal with $40 million guaranteed into Kenny Golladay. Golladay, Darius Slayton, and Sterling Shepard represent a formidable three-receiver package. The Giants are getting back elite pass-catching RB Saquon Barkley from injury, retained receiving TE Evan Engram, signed TE Kyle Rudolph, and have far bigger needs at offensive line and on defense.

The Dolphins are popularly connected to Round 1 running backs despite being one of the NFL’s most analytically-aware teams. Analytics suggest early-round running backs are poor investments.

The Browns are often linked to first-round linebackers. Albeit in a limited sample, Cleveland’s front office has shown no affinity for investing heavily into this position.

This may not seem like a draft-related take, but it is to an extent. Especially since the Falcons are heavily favored to draft unicorn TE Kyle Pitts, supplementing an offense that already boasts Julio Jones, Calvin Ridley, Hayden Hurst, and an above-par offensive line.

And I think Arthur Smith will prove a substantial upgrade on Dirk Koetter in terms of offensive design.

9. My sleepers to sneak into the back half of Round 1.

Generating comparisons to Patriots LB Dont’a Hightower, Tulsa’s Zaven Collins is rumored to be in consideration as early as No. 16 to the Cardinals.

The Steelers at No. 24, Saints at No. 28, and Bucs at No. 32 could all be in the quarterback market. I think Stanford’s Davis Mills will be the sixth QB off the board.

10. These are the players often considered first-rounders that I think might miss the top 32.

Miami (FL) EDGE Gregory Rousseau hasn’t played since December of 2019, allegedly carried nearly 30 fewer pounds that season than he measured this year, and failed to impress at the Hurricanes’ Pro Day after adding weight.

Alabama DT Christian Barmore’s evaluation is nebulous. I get the sense NFL teams like him less than Draft Twitter and NFL Media.

LSU WR Terrace Marshall has been medically flagged to the extent that I don’t think Marshall will be drafted until the second- to third-round turn.