Thorman: Why Snaps and Pace Matter 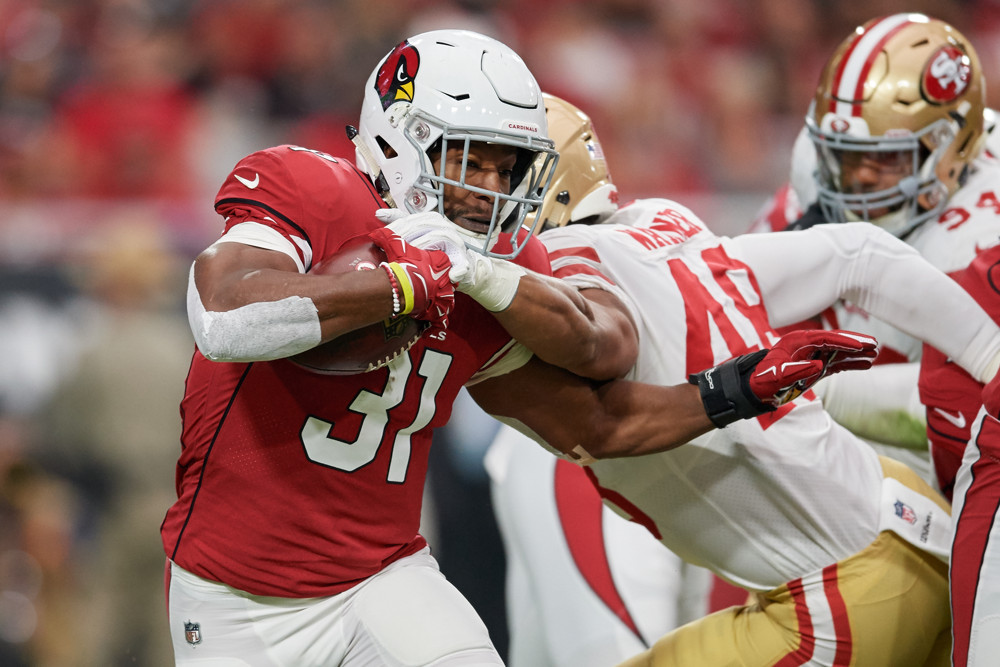 Each week, Snaps & Pace will examine trends in play totals and no-huddle usage for Establish The Run, as it has for the previous six years at Pro Football Focus. It will again offer a 30,000-foot view of upcoming games, with the goal of identifying which matchups will – and which will not – be played on fertile fantasy soil.

Before the season begins, we will take a more team-specific look at pace and play volume forecasts for the 2019 season, and provide actionable information heading into draft season. In the meantime, let’s dive into the basics of why this is an important topic for fantasy gamers.

If you’ve dabbled in any format of fantasy sports, you know opportunity is a main driver of success. Even the most efficient players find it impossible to score when they’re not on the field – although Rob Gronkowski is surely putting that to the test.

In a game soaked with unpredictable change, it’s worthwhile to leverage whatever solid information is at our disposal. Focusing on play volume – a building block of fantasy opportunity – can provide an edge.

Predicting a player’s opportunity is typically less challenging than forecasting efficiency, which is often affected by small-sample variance. From depth chart structure and playing time trends, to game scripts and snap volume, we can feel more confident in workloads than in the whims of touchdown-scoring fluctuation. Just ask last season’s Eric Ebron faders, or better yet, a frustrated Julio Jones truther.

While deploying players in elevated play-volume environments does not guarantee higher fantasy floors and ceilings, it improves the odds. Similarly, by keeping a close eye on which teams are slowing their snaps pace – and often draining play volume from opponents in the process – we can avoid matchups that resemble a muddy tractor pull. Or as Brian Schottenheimer calls it, “heaven.”

As with most forecasting endeavors, we will make the most hay by focusing primarily at the extremes – the fastest and slowest offenses. Of course, teams may switch without notice from one pace profile to another, occasionally within the same season. These shifts often take too long to show themselves in full-season plays-per-game and seconds-per-snap rates for the average fantasy gamer to take full advantage.

Perhaps you recall the 2016 Lions suddenly scrapped their no-huddle in Week 5, when to that point it was 46% of snaps. During the following month they throttled down to the third-slowest seconds-per-snap pace and a pitiful 55 plays per game. Alarm bells did not immediately sound because their run rate didn’t spike (often a sign an offense is taking a slothy pace approach), as Detroit used an uber-short passing game to simulate handoffs.

Had we not been following closely, it would’ve been all too easy to continue playing Lions in fantasy, or loading up on opponents of Detroit’s sieve-like defense. The Lions allowed the second-fewest plays-per-game in 2016 as a result of their plodding offensive pace – sinking the hopes of many fantasy gamers who started players against them in a supposedly “good” matchup.

Since several factors can raise or lower play volume – including pass rate and other coaching tendencies, first-down conversions, game scripts, or the simple desire to snap the ball quickly – finding a one-size-fits-all formula for reliably projecting play totals remains elusive, sadly. The above items are fluid, whether we look game-to-game or sometimes drive-to-drive.

A wide-angle view of plays-per-game and seconds-per-snap gets us in the ballpark, but we also need to get into the weeds to find out if overall numbers foreshadow a fountain of fantasy goodness or merely a mirage. Fortunately for you, at least, I’ve got nothing better to do.

PLAY VOLUME VS. PACE
As interest in this area grows, sometimes “pace” and “play volume” get conflated. Pace best describes how quickly an offense operates, measured by FootballOutsiders in seconds-per-snap (or situation-neutral pace). Play volume is simply how many snaps an offense produces, and is best represented in plays-per-game. For our purposes, play volume is more important, as it’s what helps facilitate fantasy scoring. A quick pace by itself just looks cool on TV.

For example, the 2018 Cardinals are often referred to as a ploddingly slow offense, despite ranking mid-pack in seconds-per-snap on both a raw (19th) and situation-neutral basis (20th). The reason they produced only 56.4 plays per game was not because they were slow, but because they sucked. Yes, Kliff Kingsbury’s offense will operate more quickly, but that’s not the primary reason they project to run many more plays.

The Bengals fit a similar profile the last two seasons. They ran few plays (29th- and 32nd-most), so they were known as a slow offense. In actuality, Cincinnati was mostly quick-paced, with an elevated snaps-per-second on a raw (18th and 13th) and situation-neutral basis (11th and 4th).

Their pace is noteworthy because a boatload of plays were surrendered by both the Cardinals last season (66.5, 4th-most) and Bengals the last two years (67.8, 3rd-most; 68.2, league-high). This almost certainly would not have been the case had they purposefully killed clock while running their subpar offenses.

In contrast with the intentionally plodding Lions of last season (4th-slowest situation-neutral pace), who allowed the league’s fewest snaps per game (58.9), we see a different profile – one we should be less willing to attack in fantasy. The 2017 Dolphins played another version of this keep-away approach under Adam Gase (good luck, Jets), and the recent vintage Cowboys are the most well-known clock-draining example.

The problem for fantasy gamers is differences in these teams’ approaches can be subtle, as well as unstable from season to season and week to week. It is, however, worth paying attention to.

While greater opportunity leading to more fantasy points may seem intuitive, it can be eye opening to see just how critical it is. Total snaps played, as well as targets and touches, are among the most important factors for fantasy wide receivers, tight ends and, especially, running backs – even more so than grades and efficiency metrics. PFF’s Scott Barrett illustrates this well in this tweet.

Unfortunately, predicting plays is not a simple task, and there is no single magic-bullet statistic that gets us there. However, keeping a close eye on situation-neutral pace, which correlates fairly closely with play volume over the last five seasons (0.45 r-squared), will be a major tool on our belt when digging into a team’s snap production prospects.

Elevated situation-neutral pace alone is not enough, and game-script context matters for the secondary factors that are less highly correlated with play production. This is an area for which it’s handy to also be on team #WatchTheTape.

Rest assured that you’ll be able to enjoy keeping a pre-snap eye on the players, while I geek-out on how many seconds are left on the play clock. I’m a lot of fun at parties.