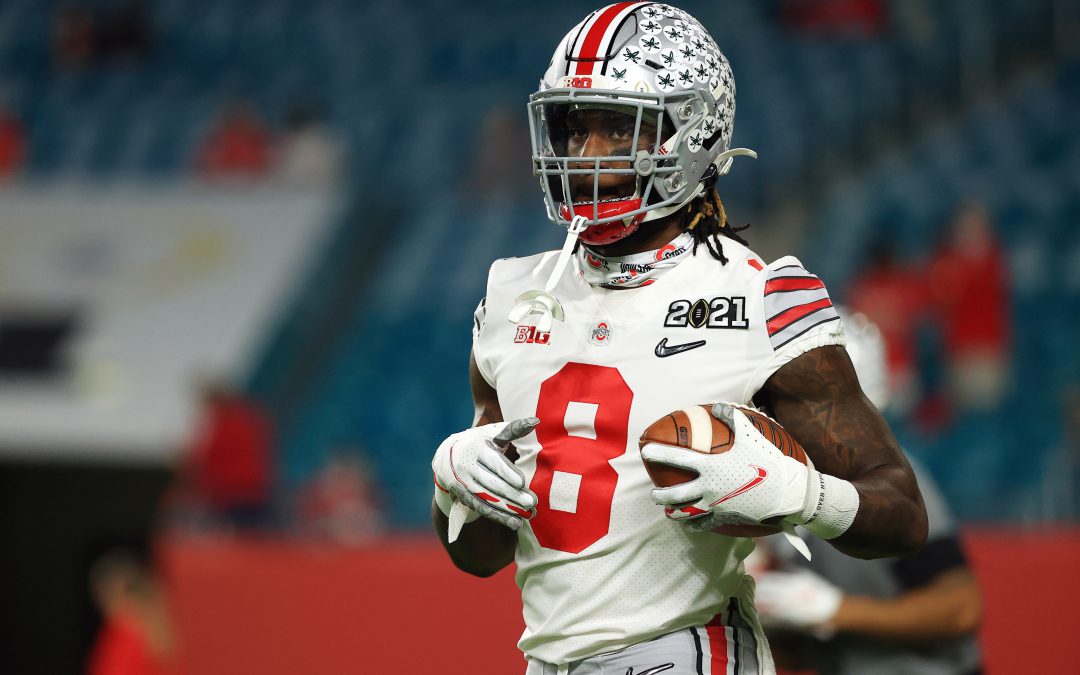 In most formats, all weeks are not created equal. Week 1 only counts the same as Week 16 if you’re playing regular best ball leagues. Otherwise – whether you’re maxing out Best Ball Mania II on Underdog or playing in a home league with your buddies – the fantasy playoffs are the most important part of the season. Following the move to a 17-game season, that’s Weeks 15-17 this year.

You have to get there first, so you shouldn’t reach solely based on a player’s playoff schedule, especially given how bad we are at predicting how things will turn out. Still, it’s important to be aware of which teams have favorable (or not) schedules down the stretch so you can use it as a tiebreaker if need be. First, let’s take a look at each team’s schedule in Weeks 15-17.

We have an idea of which defenses will be good, but sportsbooks are probably better at predicting this stuff than we are. Thankfully, SuperBook already has lines available for all 18 weeks. This isn’t a perfect resource, but it’s still constructive information.

With that in mind, let’s highlight a few teams with notable playoff schedules.

At 27.2, the 49ers have the fourth-highest average implied team total during the fantasy playoffs. They also have the easiest schedule relative to the first 14 weeks by a considerable margin (2.3 points over Weeks 1-14 average). Their most difficult test comes on the road against a subpar Titans defense in Week 16, right in between picture-perfect matchups at home against the Falcons and Texans. San Francisco has an implied total of 29.75 in Week 17, the highest single-game team total of the playoffs. They’re also favored by 13.5 in that game, which paves the way for Trey Sermon and Raheem Mostert to feast against a soft Houston defense.

Mostert should open the year as the starter, but he has struggled to stay healthy over the last few years, plus the 49ers traded up to snag Sermon in Round 3 of the NFL Draft. Both are enticing options, but Sermon is especially intriguing if you’re only looking at the playoffs because he could overtake Mostert during the season. It’s dangerous to forecast defenses so far in advance, but the Texans are going to be one of the worst teams in the NFL unless the Deshaun Watson situation reverses course, so SF RBs look poised for a massive championship week.

Who knows if he’ll start Week 1, but Trey Lance is almost certain to be starting by the fantasy playoffs. You’ll have to pay up for him (QB15 on Underdog), but Lance teams that make it out of the group stage will be in great shape. George Kittle, Brandon Aiyuk, and Deebo Samuel should see plenty of scoring opportunities, but game script could be a concern with the 49ers favored by at least 7.5 in two out of three games.

Arizona has the sixth-highest average implied team total during Weeks 15-17 at 25.7. They also don’t have any particularly difficult matchups, sporting a total of at least 24.75 in each game. The crown jewel of their schedule comes in Week 17 – the final week of the fantasy season – when they travel to Dallas to face Dak Prescott and Co. That game is tied (with Chargers vs. Chiefs and Saints vs. Buccaneers, both in Week 15) for the highest over-under of the fantasy playoffs at 52. The differentiator with this game is that the spread is only Cowboys -2.5, whereas the other 52-total games have spreads of at least 6.5. In foresight, that game looks like the most fantasy-friendly game of the fantasy playoffs – and it comes in Week 17 when championships are decided.

The Cardinals also boast an impressive 26.75 team total in Week 15 against the Lions. Their toughest matchup of the fantasy playoffs comes in Week 16 vs. the Colts, although they will be in the friendly confines of State Farm Stadium. Kyler Murray and DeAndre Hopkins are highly sought-after assets, but that duo could win someone a million dollars if preseason projections hold (which they won’t, but it’s still helpful to get an idea for this stuff). James Conner is an interesting option considering Kenyan Drake out-carried Chase Edmonds 22-1 inside the 5-yard line. With Drake gone, it’s unclear which back the Cardinals plan to use at the goal line, but Conner is likely the favorite for that role as the bigger body.

The Vikings’ average implied team total during Weeks 15-17 is 21.4. That’s 2.6 points lower than their Weeks 1-14 average, giving them the most difficult schedule in the league during that stretch. With games against the Bears, Rams, and Packers, it’s easy to see why. Their only home game comes against the Rams in Week 16 – especially unfortunate because they’ll be playing outdoors in Chicago and Green Bay.

These three defenses were above average against the run in 2020, but they all specialized in defending the aerial attack. Justin Jefferson and Adam Thielen will have their work cut out for them, especially in Week 15 and Week 16 when they’ll face Jalen Ramsey and Jaire Alexander, respectively. Again, so much can happen throughout the season that this shouldn’t serve as anything more than a tiebreaker, but it will be a storyline in the weeks leading up to the fantasy playoffs if the aforementioned players stay healthy.

The Bengals are one of the sexiest stacks in the NFL heading into Joe Burrow‘s second professional campaign. Earlier this offseason, Mike Leone broke down why that is – and the logic makes sense. In 10 games with Burrow healthy, Cincinnati averaged 70.7 plays and 46.8 pass attempts per game. Pat Thorman highlighted just how stark the stylistic contrast was once Burrow went down.

No one had more opportunities (carries + targets) than Joe Mixon through 6 weeks.

Basically, there’s a lot to like about the Bengals’ offense this year. They play fast, throw a lot, and have an ascending QB and receiving corps. It’s really that simple.

With that being said, they have a brutal draw during the fantasy playoffs. In Week 15, their implied team total is just 19.75 points against the Broncos in Mile High Stadium. They’re back in Cincinnati in Week 16, but it’s against one of the league’s consistently elite defenses in the Ravens. If your Bengals stacks make it to Week 17, you’ll be rewarded with a potential shootout against Kansas City, but SuperBook still only has them with an implied team total of 21. Their average implied points during this stretch is 20.4, which is 1.6 points lower than Weeks 1-14.

Something to keep in mind: If the fantasy community is correct in its Bengals bullishness – which stacks probably need to make it to the playoffs – it means the offense outperformed expectations, so the implied team totals for these games would increase as well. Plus, we aren’t very good at predicting which defenses will be good in preseason, so projection error could come into play too. Still, it’s important to realize that the Bengals have two suboptimal matchups to open the fantasy playoffs before they get the Chiefs in Week 17.

Even though the Bengals are only expected to score 1.6 fewer points per game in the fantasy playoffs vs. the regular season, I wanted to focus on them because they also have the third-lowest average implied team total. Before we go, let’s quickly touch on some other teams with difficult matchups.

Tennessee travels to Pittsburgh in Week 15 before returning home to face the 49ers in Week 16 and the Dolphins in Week 17. All three games have a spread of 3.5 or lower (in either direction), so game script doesn’t look like an issue for Derrick Henry. Those are three strong defenses though, so it’s something to keep in mind when drafting Titans weapons.

The Panthers play Buffalo in Week 15, Tampa Bay in Week 16, and New Orleans in Week 17. All three games have a total of at least 48, although the Panthers are heavy underdogs in all three. That’s not a concern for Christian McCaffrey, who has averaged 23.8 half-PPR points per game when Carolina is favored and 23.3 points per game when they’re not since 2018. D.J. Moore and Robby Anderson could see more work than usual if the Panthers are playing catch-up. All three games also have shootout potential if Sam Darnold is better than expected.

Green Bay plays the Ravens in Baltimore to open the fantasy playoffs before returning home to battle the Browns and Vikings. It’s not ideal, but I’m not comfortable bumping down studs like Aaron Jones or Davante Adams due to concerns about games in December and January. As usual, this should serve as a tiebreaker rather than something that shapes your decision-making process in every single draft.

The Rams play their final home game of the fantasy season against the Seahawks in Week 15 and then travel to Minnesota and Baltimore in Weeks 16 and 17, respectively. The first two games have a total of 48, but that Ravens game is at just 42.5. That should be a fantastic game with major playoff implications, but it could be a grind from a fantasy standpoint.