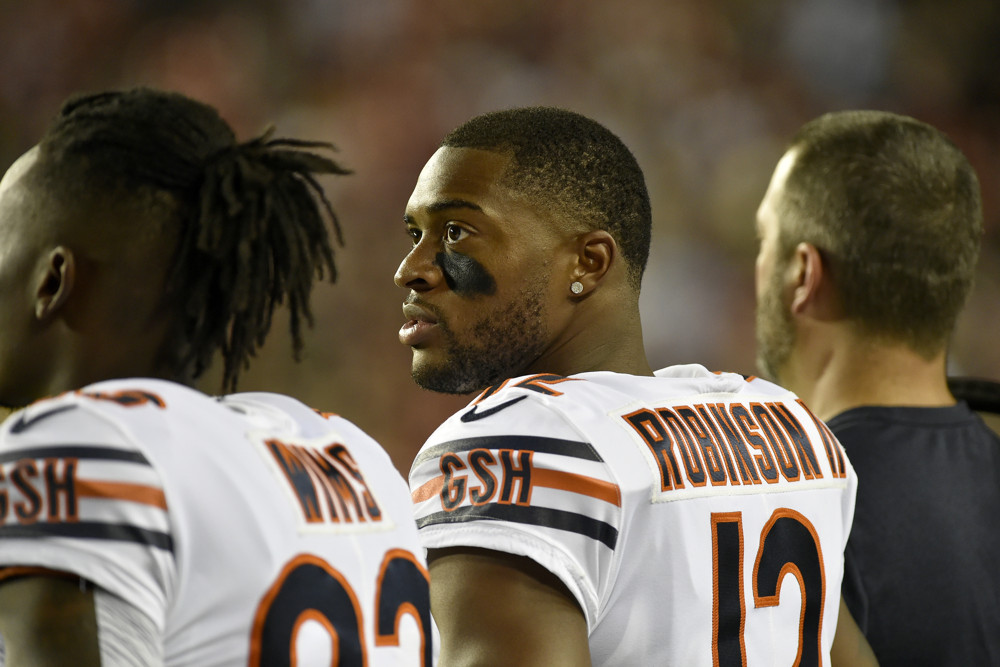 Week 3 was a good one for the model. It correctly identified the big breakout by Mike Evans, who ended up in the Milly Maker winning lineup on DraftKings. That’s always good to see. Curtis Samuel was also decent, beating his projection by five points. Marquez Valdes-Scantling scored a touchdown on a free play to start the Packers game against the Broncos, making him an early hit on Sunday as well.

Will Fuller was a bit of a disappointment. Despite beating his projection,  he shared the deep looks with Kenny Stills, making his future slightly less shimmering. Still, as you’ll see, he’s back on the list again this week so perhaps there’s hope.

Here are the full results for Week 3:

But enough of the review. We’re on to week 4.

For those who are new, the Buy Low model uses target share and air yards to estimate a player’s expected production in the passing game, then highlights the players that underperformed relative to expectation. The key insight behind the model is that opportunity is sticky and production (in the form of catches and touchdowns) is not. You want to buy the signal and fade the noise, and the model helps us do just that.

* Projection = The full-PPR projection the model gives for a player for the rest of the season based upon his opportunity in the previous three games. Currently it’s based on just three weeks of data.

* Actual = A player’s average PPR points per game through the first 3 games.