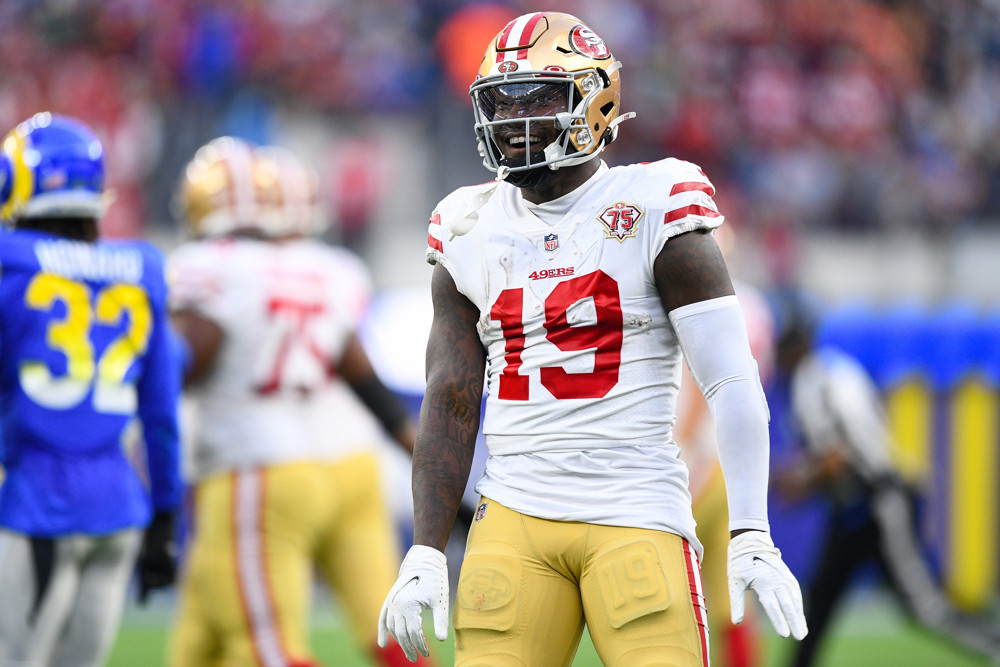 Back under center after Trey Lance’s year-ending ankle fracture/dislocation, Jimmy Garoppolo will have George Kittle (groin) in Kittle’s 2022 debut but faces a tough and full-strength Broncos defense in Mile High’s thin air. Albeit versus Geno Smith and Davis Mills, Denver has yielded the NFL’s fifth-fewest fantasy QB points, while Kyle Shanahan has historically deployed Jimmy G as a game manager. I’m valuing him as a mid- to low-end QB2. … With Elijah Mitchell (knee) on I.R. and Tyrion Davis-Price (ankle) shelved, the 49ers’ running back depth chart will be topped by Jeff Wilson with intriguing UDFA rookie Jordan Mason and practice-squad callup Marlon Mack in reserve. A veteran of Shanahan’s wide-zone run scheme, Wilson handled 20 touches in last week’s 27-7 drubbing of Seattle and should see similar usage here in what projects as a neutral-script affair with San Francisco favored by 1.5 points on the road. … Mason should be stashed in all leagues but has only played special teams so far. He is still playable on one-game DFS slates. Mack joined the organization just five days ahead of Sunday’s game.