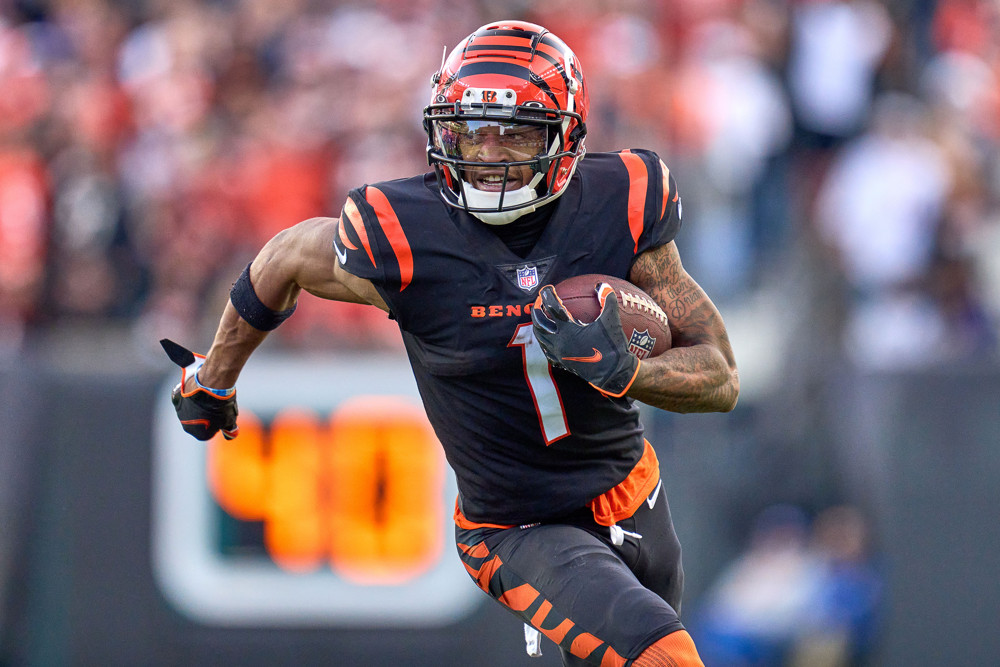 Blistering hot averaging 27.0 fantasy points over his last five starts, Joe Burrow is tentatively expected to get back Ja’Marr Chase (hip) against the pass-funnel Titans, who’ve surrendered the NFL’s eighth-most fantasy QB points but the league’s fewest to enemy running backs. I’m nevertheless all-in on Burrow as an elite QB1 play this week. … Joe Mixon (concussion) seems likely to sit this one out, setting up Samaje Perine for a week of lead-back work ahead of Trayveon Williams and perhaps Chris Evans. Perine lacks big-play capability but is trusted by the Bengals’ coaching staff in the passing game, both as a protector and receiver. As Mixon exited last week’s game early against Pittsburgh, Perine parlayed his four targets into 4/52/3 receiving while out-touching Williams 15 to 2. Perine is a usage-induced RB2 starter here.