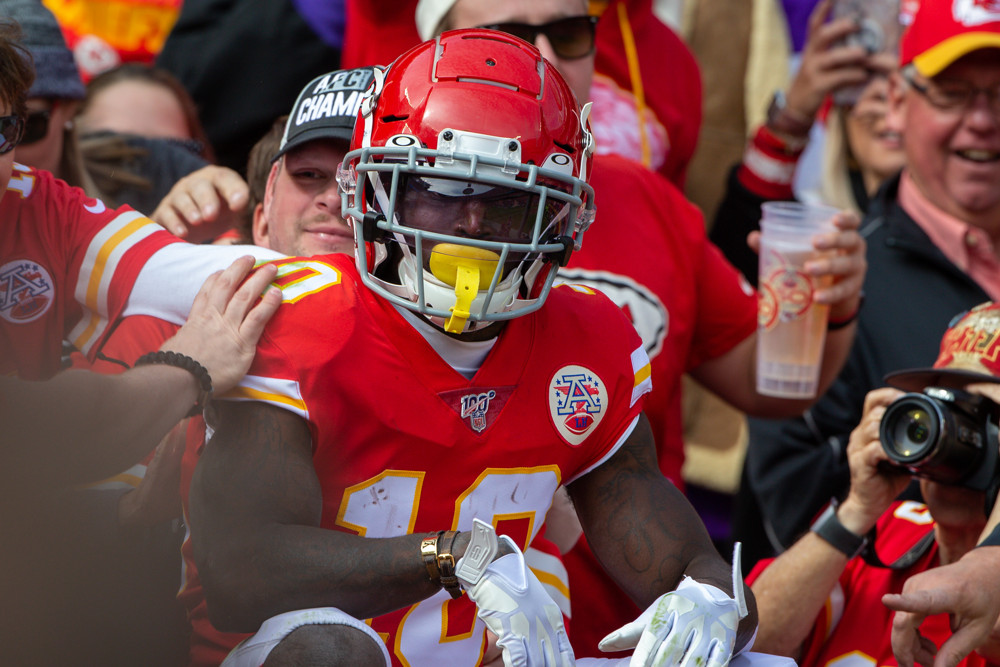 As Philip Rivers embarks on potentially his final game as a Charger, and the Chiefs continue their battle for a first-round playoff bye – Kansas City needs a Week 17 win and miracle Miami road upset of New England – this is one of Sunday’s handful of contests pitting against each other two teams that will play at or near full strength. Unfortunately for L.A., this spot looks better for Kansas City’s D/ST than Rivers individually; five straight quarterbacks to face the Chiefs have logged fantasy scores of QB18 or worse, while Rivers himself finished better than QB18 just once over his last eight starts. Rivers’ TD-to-INT ratio since the month of September is a dismal 14:16 with two additional turnovers on lost fumbles. The Chargers will also be without difference-maker LT Russell Okung (groin). It’s a poor Rivers recipe with Kansas City’s defense eliminating passing games, especially at wide receiver.

Since the Chiefs play at the same time as the Patriots, and Kansas City’s playoff-bye motivation is in large part driven by the possibility New England could lose, it’s also true that a scoreboard-watching Andy Reid might become compelled to pull his starters in-game if the Patriots take a several-score lead over the Dolphins in Foxboro. And therein lies the biggest fantasy risk for Chiefs players. Otherwise, Patrick Mahomes, Travis Kelce, and Tyreek Hill remain three of the highest-ceiling DFS plays on Sunday’s slate.

As Spencer Ware (shoulder) joined Darrel Williams (hamstring) on I.R. this week, LeSean McCoy has been a capped-usage complement at best and healthy scratch at worst, and the Chiefs entrusted Darwin Thompson for just six snaps in last Sunday’s win, Damien Williams is back in the feature back driver’s seat following his 19-touch Week 16 game. Even after Williams missed a month with broken ribs, he looked as good as new with 92 yards and a touchdown on 53% of Kansas City’s offensive snaps against the Bears and appears primed for a fast December-January finish ala last year’s.