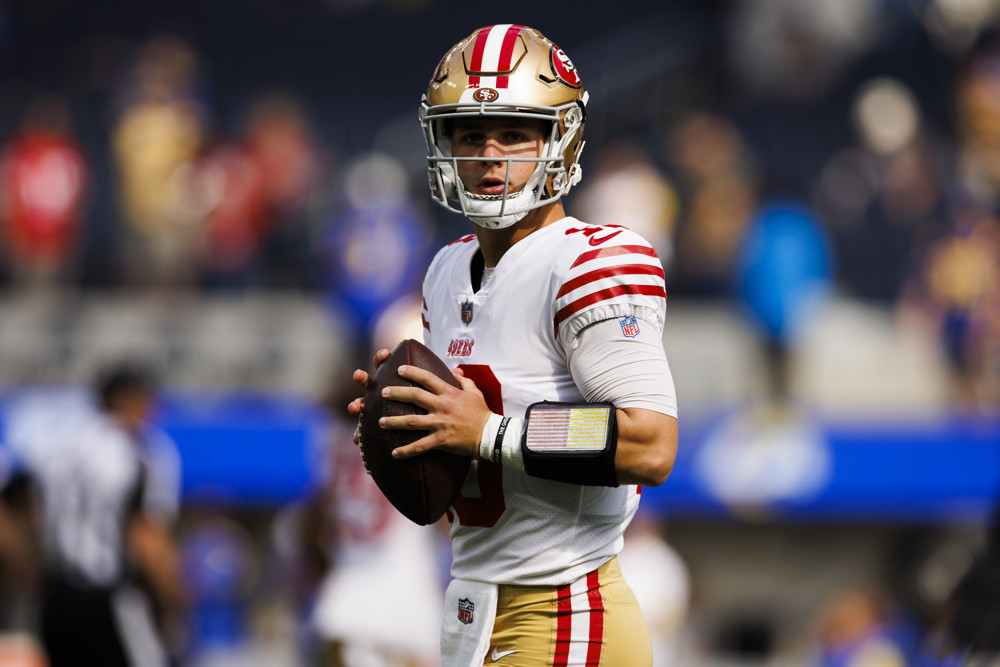 The Cowboys visit the Bay Area at a rest disadvantage after defeating Tampa Bay last Monday night and now travel to face a 49ers team that smoothly held off Seattle last Saturday in the opening game of the Wild Card Round. … Since running on San Francisco is generally a pipe dream — the Niners allowed a league-low 3.4 yards per carry this regular season, then stymied Seahawks RBs for a combined 21/76/1 (3.6 YPC) rushing line last week — Sunday night’s game figures to come down to Dak Prescott’s play. Fueled by a ferocious pass rush, this year’s 49ers led the NFL in interceptions (20) while allowing the league’s fifth-fewest passing touchdowns (20) and 10th-fewest fantasy points to quarterbacks. … The Cowboys veered toward Tony Pollard as their Week 19 lead back against the Bucs, feeding Pollard 18 touches on 58% of Dallas’ offensive snaps versus 14 and 48% marks for Ezekiel Elliott. The difference in playmaking capability between the two remains stark. There are no on-field matchup advantages to be talked up here, but signs clearly point to Dallas’ coaching staff favoring Pollard over washed-up Zeke.