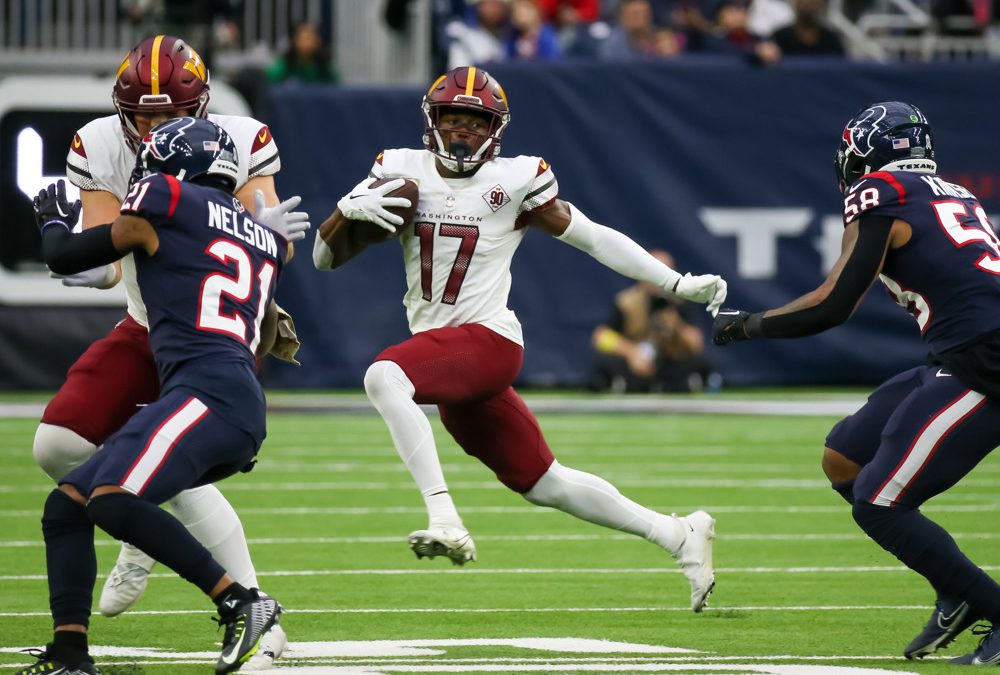 Down Kyle Pitts (MCL) for the season’s remainder, Atlanta’s offense is an attack target for enemy D/STs beginning at Washington, which has created pressure at one of the NFL’s highest rates and has a chance to get back dynamic EDGE Chase Young (ACL) for his 2022 debut. Already dominant in run defense – the Commanders have restricted enemy backs to a subpar 4.0 yards per carry and the NFL’s seventh-fewest fantasy points – Washington’s ability to force Arthur Smith’s team to throw against its will could lead to chaos on Atlanta’s end. I also wouldn’t be shocked to see rookie QB Desmond Ridder play some snaps. … For one week, at least, the Falcons reduced their RBBC to a two-man ordeal in last Sunday’s win over Chicago; Tyler Allgeier and Cordarrelle Patterson shared time nearly evenly, while Caleb Huntley went on the back burner and Avery Williams only played special teams. I’m valuing C-Patt as a volatile RB2/flex and Allgeier as an undesirable flex option in this week’s unideal draw. … Drake London hasn’t cleared 60 yards since Week 2. London is a touchdown-or-bust WR4 option in this offense, regardless of opponent.