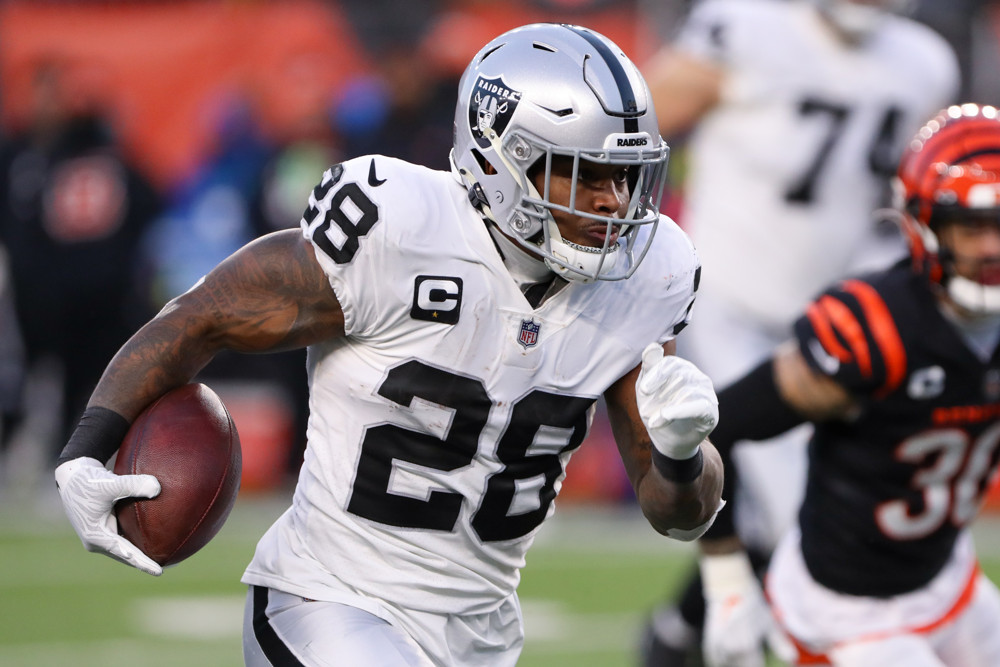 Winners of three straight facing the white-flag-waving Rams, the 5-7 Raiders are back in the AFC playoff picture. Although listed on recent injury reports with calf and quad ailments, Josh Jacobs has played at least 75% of Vegas’ offensive snaps in four straight games and averaged 30.3 touches for 179.8 yards during that span. The Raiders’ uncontested every-down back on a team favored by nearly a touchdown facing a Rams defense missing DTs A’Shawn Robinson (meniscus) and Aaron Donald (ankle), Jacobs looks poised for blastoff yet again. … Derek Carr has scored fewer than 23 fantasy points in 12-of-12 starts this year but banked 17-plus points in 9-of-12. As usual, he’s a decent-floor, low-ceiling gamble.