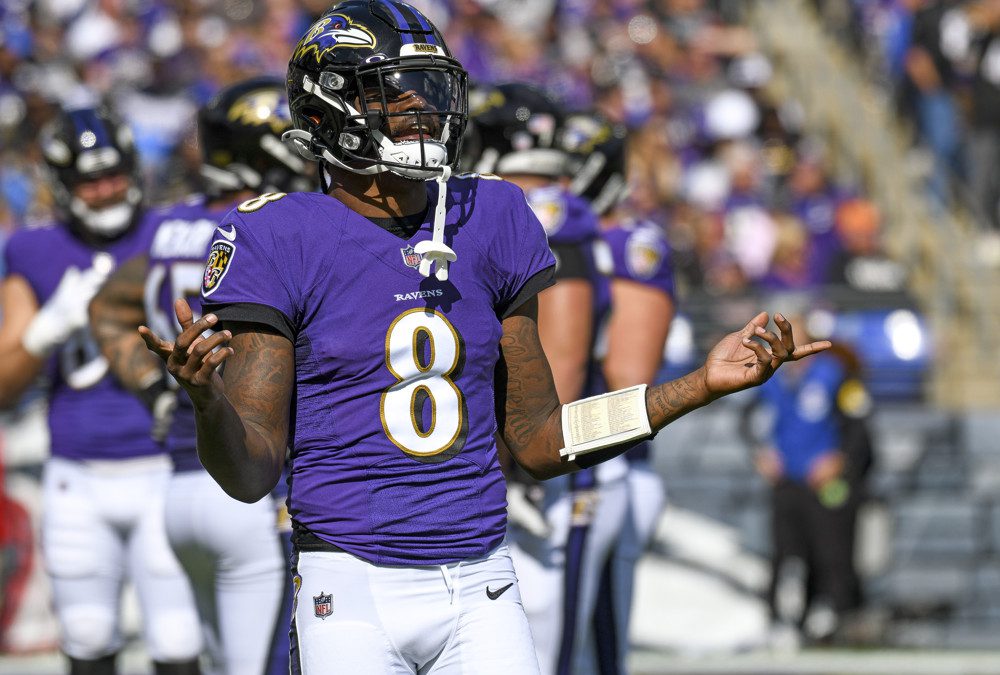 Lamar Jackson has faced Bill Belichick only two times, in their 2020 meeting banking Week 10’s fantasy QB6 score and in 2019 tagging New England for Week 9’s QB5 result. In a Baltimore offense emphasizing deep passing — Jackson leads the league in yards per completion (14.0) — facing the Ravens will shock the Patriots’ system after they drew low-aDOT passers Tua Tagovailoa and Mitchell Trubisky in Weeks 1-2. As usual, Jackson profiles as a high-floor, high-ceiling bet. … As the Ravens downgraded J.K. Dobbins’ (knee) return status to “week to week”, Baltimore’s backfield continues to be a position group to fade. Mike Davis, Justice Hill, and Kenyan Drake aren’t cutting it as part of a three-way RBBC that loses work to Jackson and in Week 3 faces a Patriots defense yielding the league’s sixth-fewest fantasy RB points.