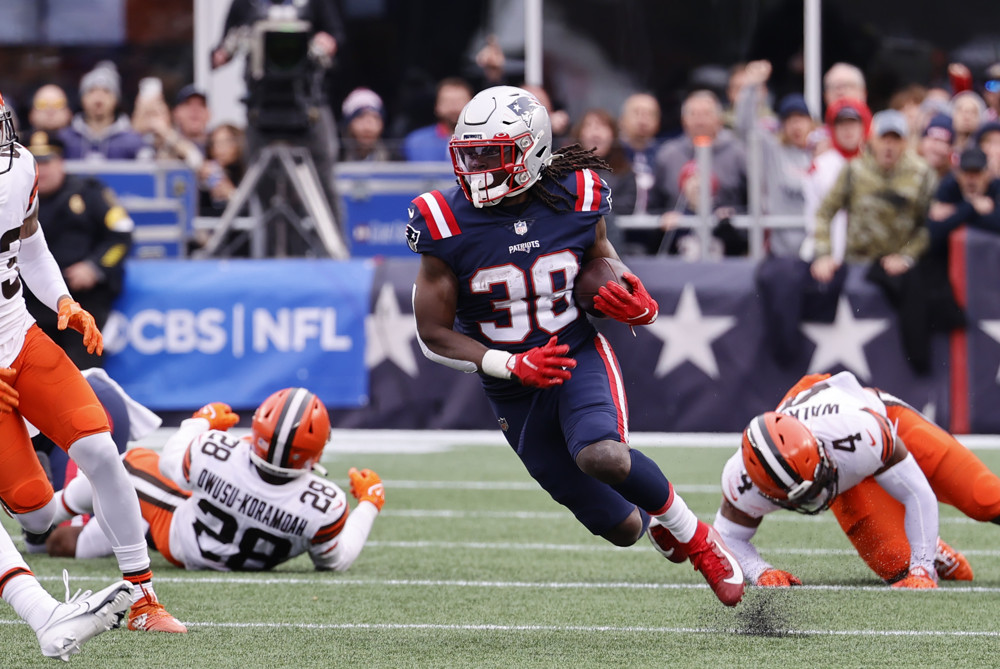 Sporting Week 2’s second-lowest total above only Jets-Browns, Patriots-Steelers profiles as a fantasy-unfriendly affair, especially with Mac Jones battling back spasms. The big story on New England’s side is Ty Montgomery’s (ankle) I.R. designation after Montgomery vultured 36% of the Patriots’ Week 1 RB snaps and 44% of the position group’s targets. My best bet is most of Montgomery’s left-behind work will go to Rhamondre Stevenson, who going forward will share New England’s backfield with Damien Harris in a one-two punch. 2021’s Steelers coughed up the league’s seventh-most fantasy points to running backs, before Week 1’s Steelers gave up the NFL’s 12th most. This is a possible breakthrough spot for Stevenson, who, along with Harris, I’m valuing as an upside RB2/flex play at Pittsburgh. … Even in DPOY-caliber EDGE talent T.J. Watt’s (torn pec) absence, the Patriots’ pass game is a full Week 2 fade. QB Jones isn’t 100% healthy, while top-three WRs DeVante Parker, Jakobi Meyers, and Nelson Agholor made zero Opening Day noise, and TEs Hunter Henry and Jonnu Smith are unproductively rotating.