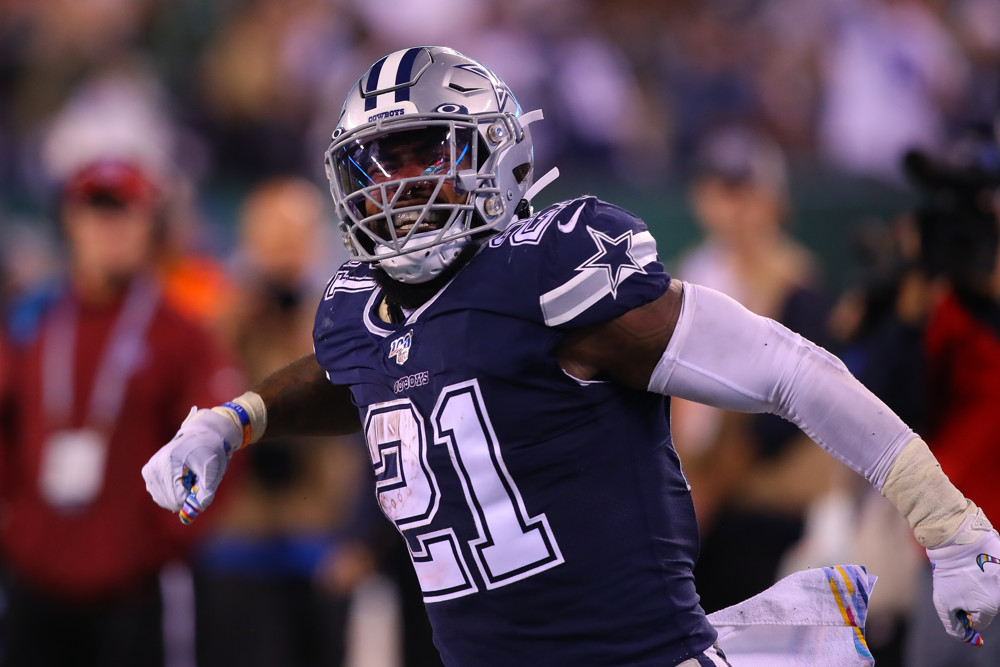 As the Texans are nearly 17-point dogs at JerryWorld, Dameon Pierce faces major script-induced flop risk on a team unlikely to stay competitive here. At +127, the host Cowboys carry the NFL’s best point differential versus Houston’s -99 mark, which ranks dead last in the league. Dallas’ D/ST is a full-on fire play against Davis Mills, who the Texans are reinserting following Kyle Allen’s predictable two-start failure. … Worsening the projected plight of Houston’s offense, Nos. 1 and 2 WRs Brandin Cooks (calf) and Nico Collins (foot) were both out of early-week practice. I can’t say I’d be comfortable playing either in season-long leagues. Retread journeymen Phillip Dorsett and Chris Moore would be the next men up. … Rookie Teagan Quitoriano is playing the most snaps among Texans tight ends at this point but mostly blocks. With over 60 yards in two of Houston’s last four games, Jordan Akins isn’t a terrible desperation TE1/2 streamer. The Cowboys have surrendered the league’s 10th-most receptions to tight ends (60).