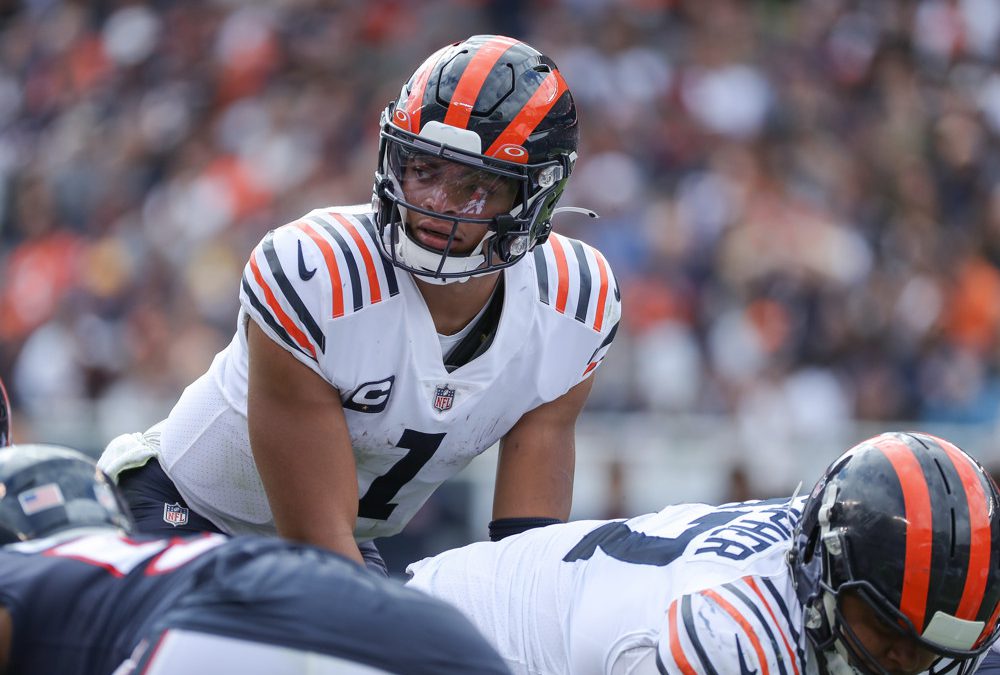 The NFL trade deadline has passed. There were 10 trades on Tuesday — the most made on deadline day in league history.

Let’s dig into which fantasy-relevant players saw their fantasy value increase and which ones lost the most on deadline day.

Jeff Wilson – Raheem Mostert has never had more than 137 carries in an NFL season. He missed 23 games due to injury in 2020-21. He briefly appeared shaken up in Week 8 before returning to the game. He’s also 30 years old. Chase Edmonds had clearly fallen out of favor with the Dolphins’ coaching staff. Enter Wilson, who was previously buried behind Christian McCaffrey (and likely Elijah Mitchell once he’s healthy) in San Francisco. Wilson should have every opportunity to force a committee with the Dolphins, plus he possesses strong contingent upside if something happens to Mostert. It’s also worth mentioning that Mike McDaniel is familiar with Wilson’s skill set and was likely a driving force in getting him to Miami. That indicates the Dolphins have a role in mind for him, and that level of trust between coach and player bodes well for Wilson’s odds of inheriting a big workload if Mostert goes down.

George Pickens, Diontae Johnson, and Pat Freiermuth – Claypool has a 16.9% target share on the season, and Pittsburgh didn’t replace him with anyone. Pickens is probably the biggest beneficiary since he’s now the unquestioned WR2, but all three fantasy-relevant pass catchers see a boost as a result of Claypool’s departure.

Amon-Ra St. Brown and Josh Reynolds – T.J. Hockenson had a 17.2% target share through the Lions’ first seven games — although his biggest games came when the WR corps was banged up — and the combination of James Mitchell and Brock Wright doesn’t figure to command such a large share of targets. St. Brown has the middle of the field all to himself now, and Reynolds is Jared Goff‘s new secondary target with D.J. Chark on injured reserve and D’Andre Swift seemingly not totally healthy.

Deon Jackson – Jackson has earned 14 targets on just 109 snaps this year and stands to inherit a more consistent role with Hines out of the picture. The Colts could either give Jonathan Taylor some time off now or scale back his workload down the stretch in what looks like a lost season for Indianapolis (especially if they fall out of the division race with Sam Ehlinger under center).

Justin Fields – The Bears now have two starting-caliber NFL wideouts in Darnell Mooney and newly added Chase Claypool. It’s fair to question the price Chicago paid for the former Steeler, but this trade will allow the Bears to deploy something resembling a modern NFL passing offense. Fields has been among the best quarterbacks in fantasy over the past month, largely because of his rushing ability, but his passing numbers may increase as a result of this trade (although this is still likely to be a low-volume aerial attack).

Nyheim Hines – The Bills have not been shy about their desire to acquire a pass-catching complement to Devin Singletary. First, they tried to sign Chase Edmonds and J.D. McKissic in free agency last spring. Then, they spent a second-round pick on James Cook in the NFL Draft. Cook has evidently failed to overtake Singletary as the primary third-down back through his first seven career games, so Buffalo sent Zack Moss and a sixth-round pick to Indianapolis in exchange for Nyheim Hines on Tuesday. Hines has been one of the most dependable receiving backs around since entering the league, and he ranks third among RBs in yards per route run over the past three seasons. Once he familiarizes himself with the system, he figures to immediately step into the primary passing-down back role for the Bills. That’s an intriguing option on an offense that passes as much as Buffalo, especially since the team has so clearly telegraphed that they have wanted someone in Hines’ archetype for a while.

Jonathan Taylor – Taylor could see more snaps in obvious passing situations if healthy, but that’s a big if after he exited in Week 8 with an ankle injury.

Chase Claypool – Claypool wasn’t a fantasy starter with the Steelers and likely won’t end up as one in Chicago, but that uncertainty is a boon when he was unusable fantasy-wise in his old situation. The Bears are a low-volume passing offense, but Claypool’s target-share ceiling is significantly higher now, and maybe a change of scenery is what he needs at this point in his young career.

Chase Edmonds – At the very least, it’s a fresh start for Edmonds, who had become nothing more than Raheem Mostert‘s handcuff in Miami. Broncos GM George Paton said the team views Edmonds as a third-down back, implying he lacks contingent upside but should at least have a standalone role. Still, Edmonds isn’t really on the fantasy radar right now.

James Cook – Cook falls to RB3 on the depth chart and no longer has a path to a defined role other than garbage-time clean-up duties. He’s droppable if he was even owned in the first place.

Melvin Gordon and Latavius Murray – As discussed in the previous section, the Broncos have outright said they view new addition Chase Edmonds as their new third-down back, similar to the role Mike Boone was playing before his injury. Gordon and Latavius will share early-down work, but they lack three-down upside as long as Edmonds stays healthy.

Devin Singletary – Singletary should remain the primary early-down back, but the addition of Hines will limit his looks as a receiver out of the backfield. He’s averaging a career-high 4.3 targets per game this season, a number that’ll be difficult to maintain if he comes off the field on third downs. Still, the Bills have shown time and time again that Singletary is their most trusted back in high-leverage situations, and he still has flex appeal despite the dampened receiving outlook.

Raheem Mostert – Mostert had almost wholly marginalized Edmonds and earned a three-down role. The arrival of Jeff Wilson threatens his workhorse status, especially since he already knows the system having played under McDaniel in the past. It makes sense for the Dolphins to manage Mostert’s workload in the regular season given his injury history and the team’s hopes of making a deep postseason run, but it’s still bad news for fantasy purposes. Still, Mostert remains the clear lead back for Miami — and he was above Wilson on the depth chart for years during their time together in San Francisco — so he’s still likely to remain an RB2 as long as he stays healthy.

Jared Goff – Goff loses a vital weapon in T.J. Hockenson and now only has Brock Wright and James Mitchell at tight end.

Darnell Mooney – Previously the only relevant wideout for Chicago, Mooney’s 27.5% seasonal target share is in jeopardy with Chase Claypool in town. But perhaps the Bears pass more with a more competent WR corps and it ends up balancing itself out somewhat.

T.J. Hockenson – This team change likely won’t end up changing Hockenson’s value too much, but he may take time to get acclimated with the new system. Plus, additional uncertainty doesn’t necessarily work in Hock’s favor, as he was entrenched as a mid-tier fantasy TE1 with the Lions. In Minnesota, there’s no guarantee he’s as involved in the offense, and he has more room to fall than to climb. On the whole, though, this will probably end up being pretty neutral for Hockenson once he’s up to speed with the playbook.