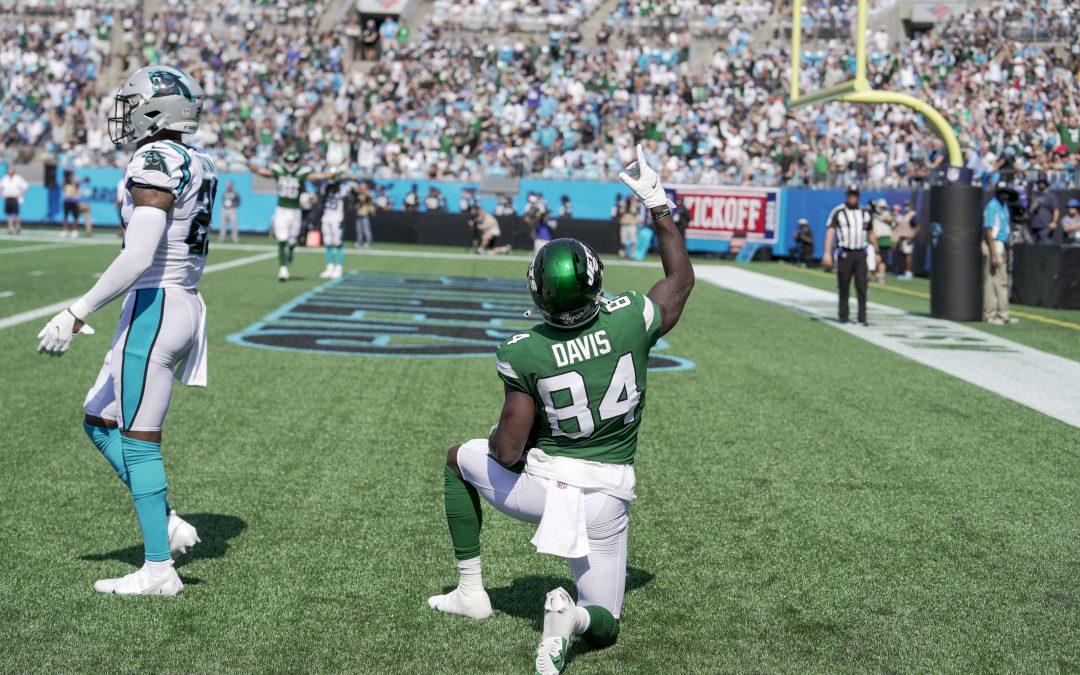 We cover ADPs for: Underdog Fantasy, FFPC, and NFFC. In the future, we will add “home league” ADP to this report. 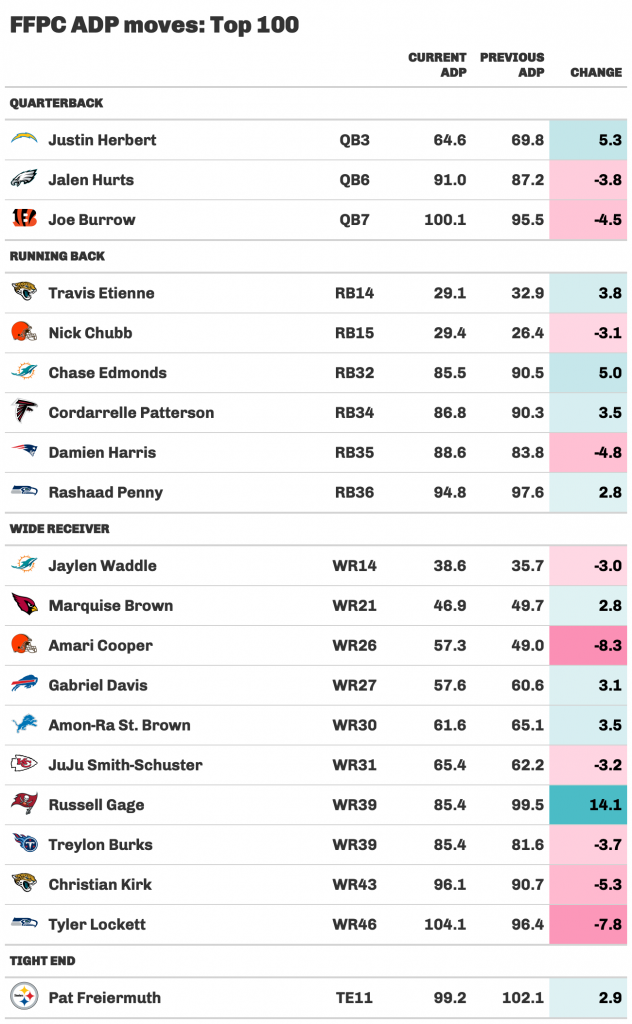 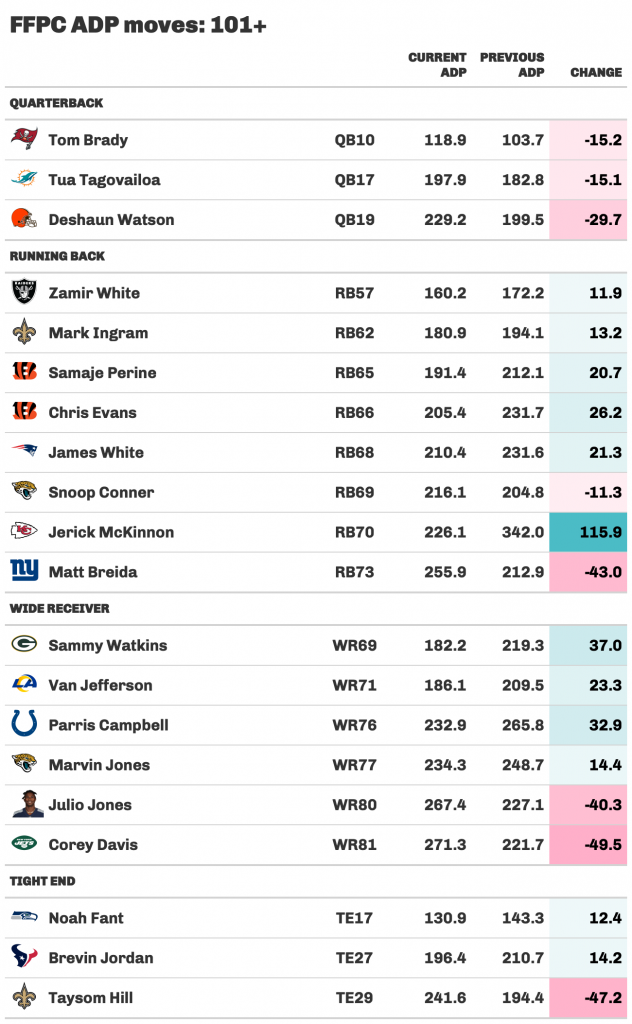 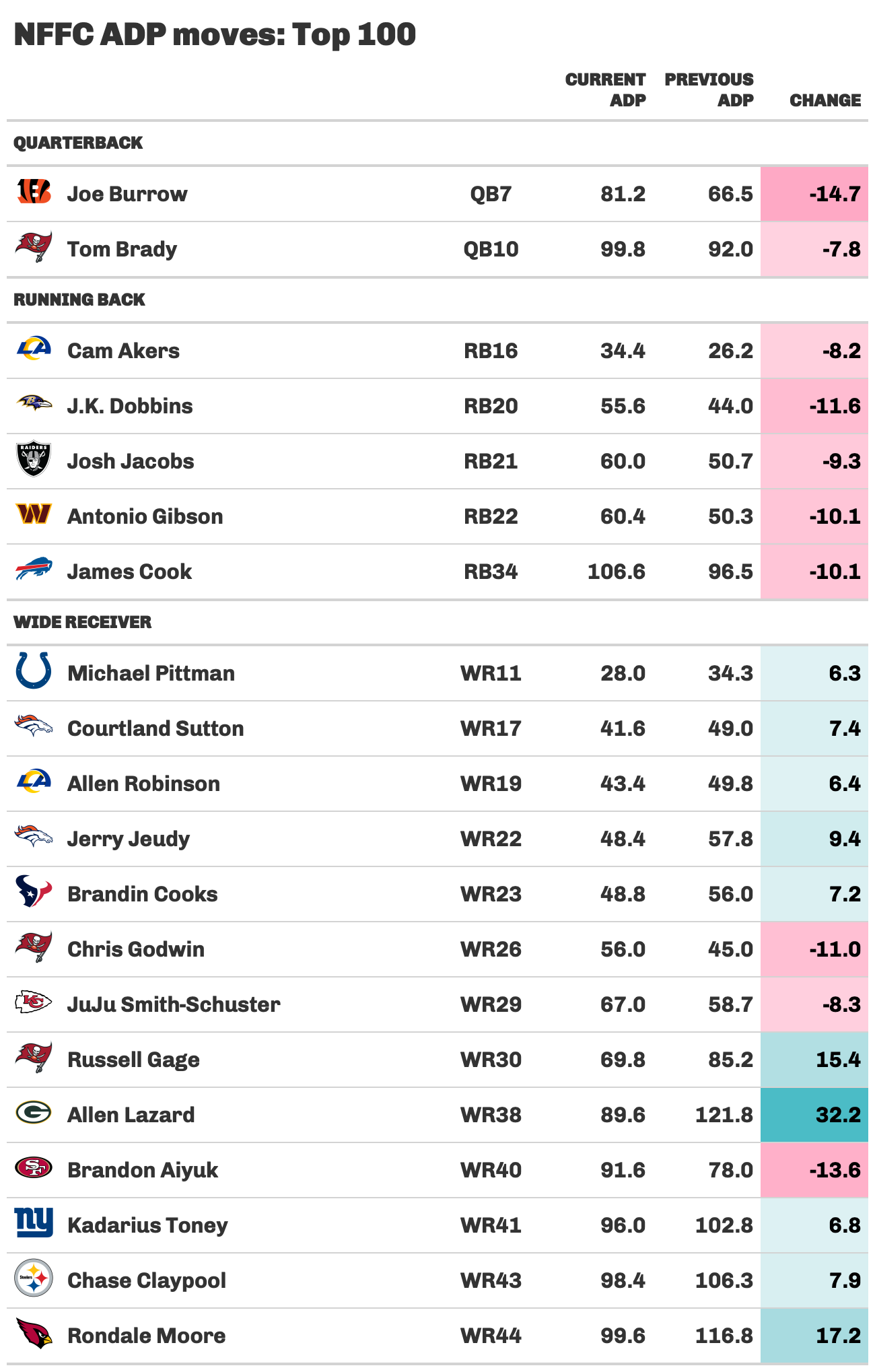 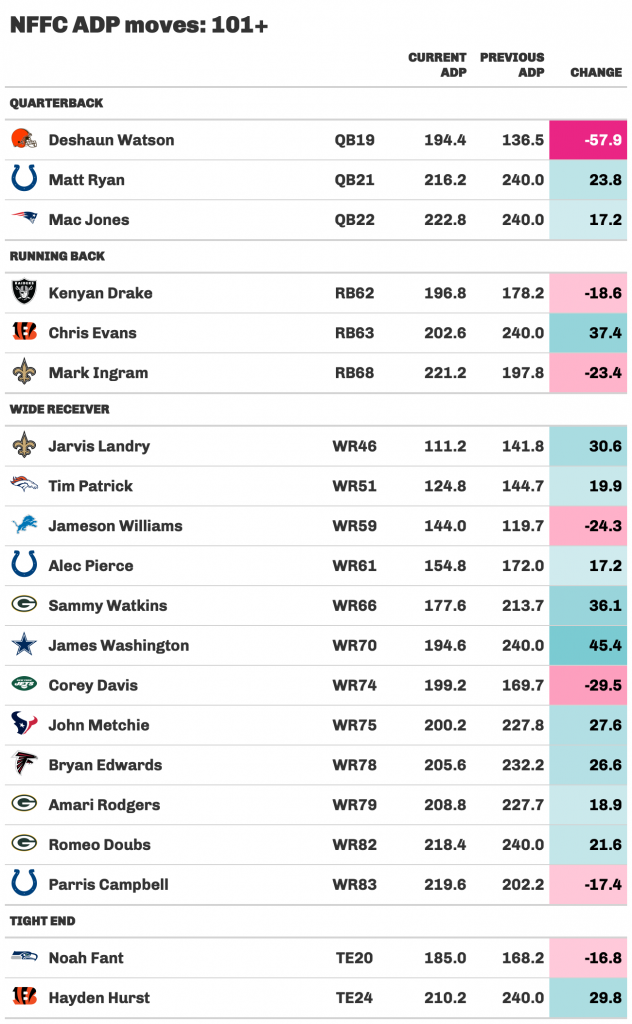 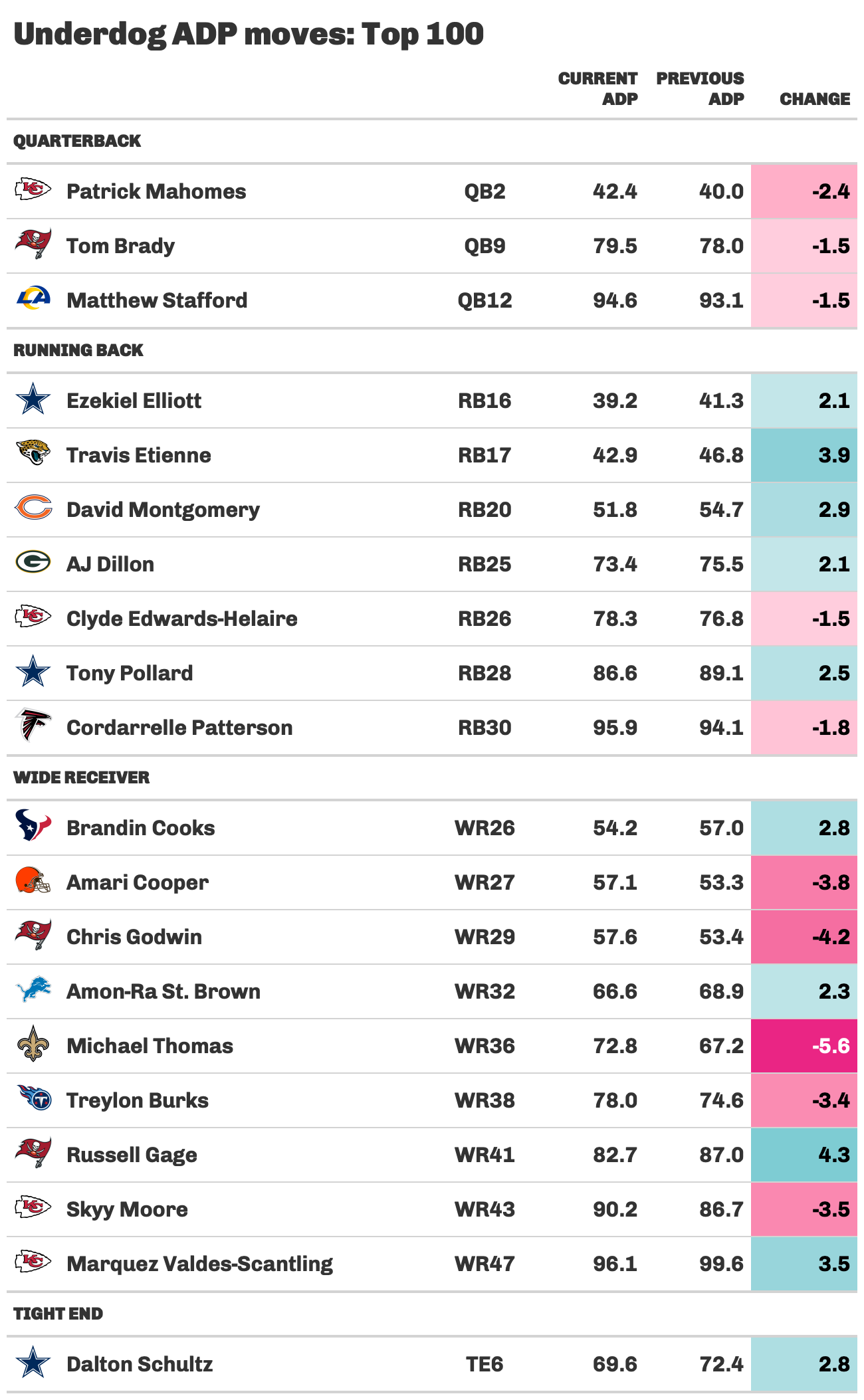 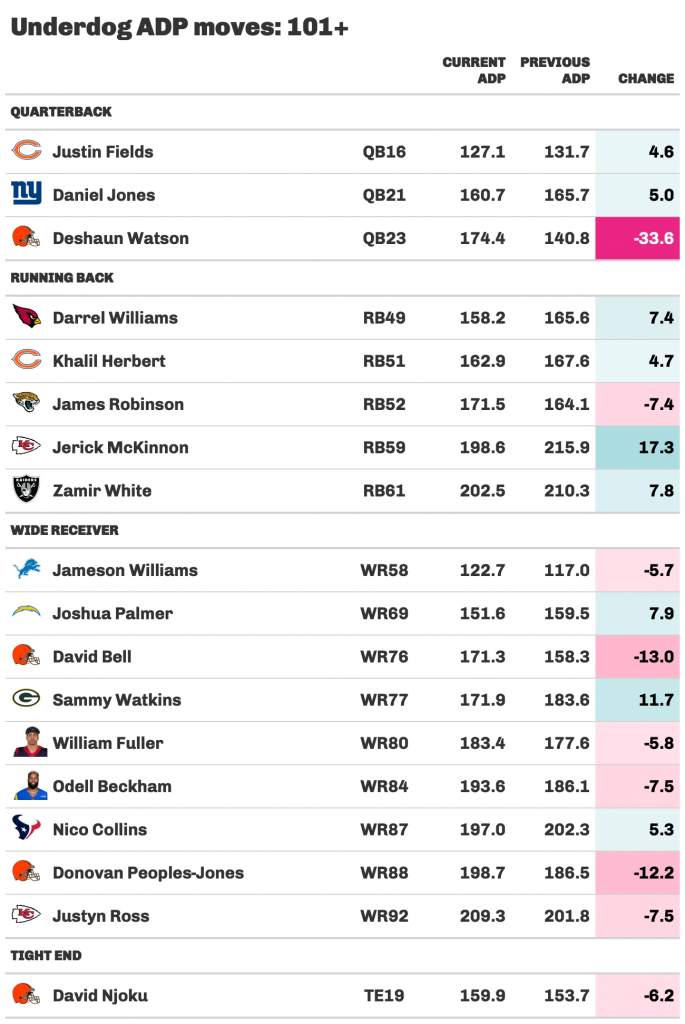