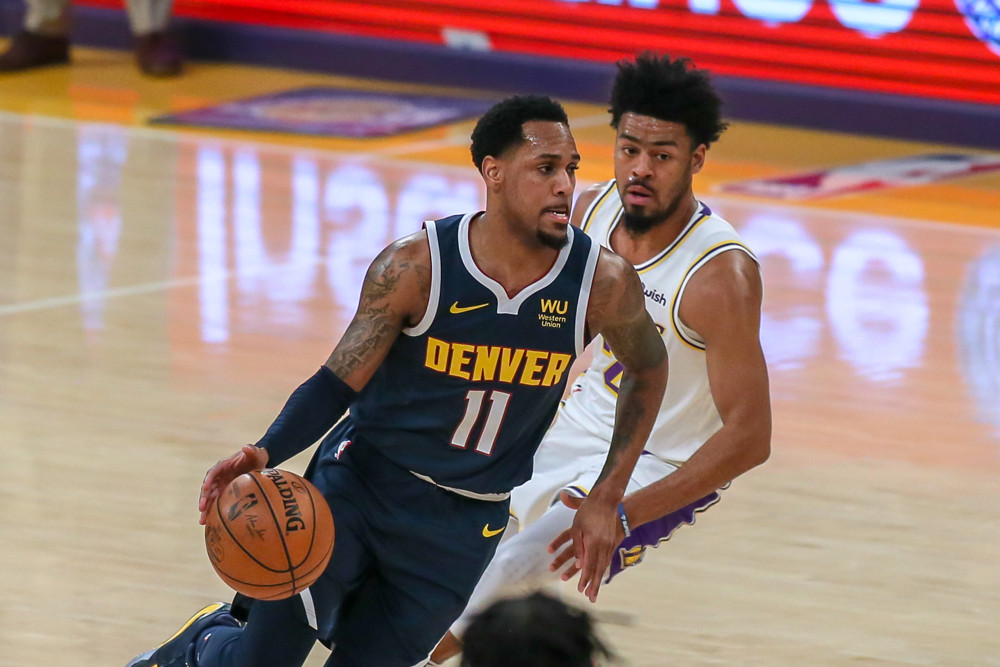 1. We got some bad news with Jaren Jackson Jr. (knee) set to miss the rest of the season due to a meniscus injury. He’s been awesome, so hopefully he’ll have enough time for the start of the 2020-21 season. Brandon Clarke had an 11-minute stint when Jonas Valanciunas had foul trouble in the Disney opener, and Clarke has 262 minutes next to JV on the year (12/10/2 per 36) and 14 minutes next to him in the bubble. He’s going to be a popular play for good reason. Behind him, Gorgui Dieng figures to slot into the frontcourt rotation and he was even playing some PF back when JJJ and Clarke were hurt before the shutdown. The Grizzlies will also throw in more Josh Jackson and Kyle Anderson at the four, so that’ll open up a few more minutes for De’Anthony Melton and Grayson Allen.

2. The Lakers have LeBron James (groin) and Anthony Davis (eye) listed as probable. Normally, we could ignore this, but I personally am a back-to-back freak out. If you want to use AD or LeBron, you may want to just have a pivot plan with some of the teams after these (Siakam, Tatum makes sense with other options for AD; LeBron would be a little tougher). Again, I am a freak out on back-to-back sets, so you can roll the dice if you like.

3. For the third game in a row, the Nuggets will not have Will Barton (knee) and Gary Harris (hip), and Jamal Murray (hamstring) is questionable. You’d think there’s no chance he plays in the front end of a back-to-back set (Blazers tomorrow), which should put Monte Morris and Michael Porter Jr. in the starting lineup. MPJ was a smash for a career-high 37 and Monte is going to get minutes. Point Jokic time after smash city in last one, too.