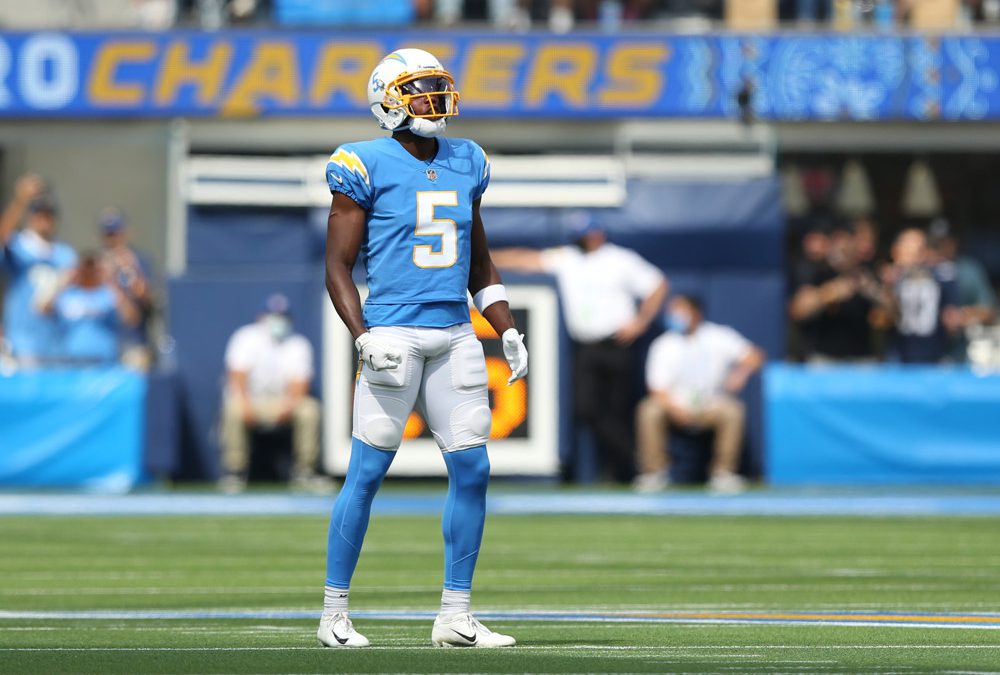 The best season-long players are continually attacking the waiver wire and churning through their roster. That’s especially true early in the season, when we learn so much about roles.

With that in mind, we want to prioritize upside over everything else with our later-round picks. If it doesn’t work out, we can simply drop them for the inevitable high-quality options that will be on the waiver wire come September. Note that is very different from best ball, where we are stuck with them all season.

Here are my favorite targets with an Underdog Average Draft Position (ADP) of 120.0 or later as of August 13.

These are listed in ADP order, but please consult your league’s specific draft applet to understand more about where they will go.

I expected Marlon Mack to start Week 1 and Rex Burkhead to handle pass-down work. But we are talking about a guy who has played in just seven games since 2019 due to an Achilles tear (Mack) and a 32-year-old grinder (Burkhead).

By the middle of the season, expect Pierce — likely the best back on the team — to have an excellent shot at a featured role. And while this Texans offense won’t be elite, QB Davis Mills and OC Pep Hamilton are two of the more underrated players at their respective positions.

It’s hard to go wrong with pass-catching backs in good passing offenses. Especially when the QB is Tom Brady, who annually has one of the NFL’s highest target rates at RBs. White’s calling card at Arizona State was as a receiver — he racked up a 43-456-1 line in just 11 games last season. After using a Round 3 pick on White in the draft and the “Fat Lenny” saga, there is room for White to have an immediate role if he can earn Brady’s trust.

Palmer is the perfect blend of both base and contingent value. I expect him to open the season as the Chargers’ No. 3 WR, opposite Mike Williams with Keenan Allen in the slot. And if either of BMW or Keenan misses time, Palmer is the direct backup at both spots.

We saw Palmer succeed in that replacement role last year as a third-round rookie, earning a team-high seven targets in Week 14 when Keenan Allen was out and posting 5-66-1. He also earned six targets two weeks later when Mike Williams was out and posted 5-43-1.

Of course, the key is that Justin Herbert — now armed with a massively improved offensive line — is going to have massive throwing days. Palmer is worth a flier pick, as he’ll get dragged along.

Clearly Carson Wentz is a problem, and Terry McLaurin is a baller — plus Curtis Samuel is healthy (for now). But sometimes we need to simply close our eyes and let the teams be our talent evaluators. The Commanders used the No. 16 overall pick on a wide receiver who has 4.43 speed and went 91-1182-12 at Penn State last season. Dotson’s projected role is no different than many wideouts going far in front of hi