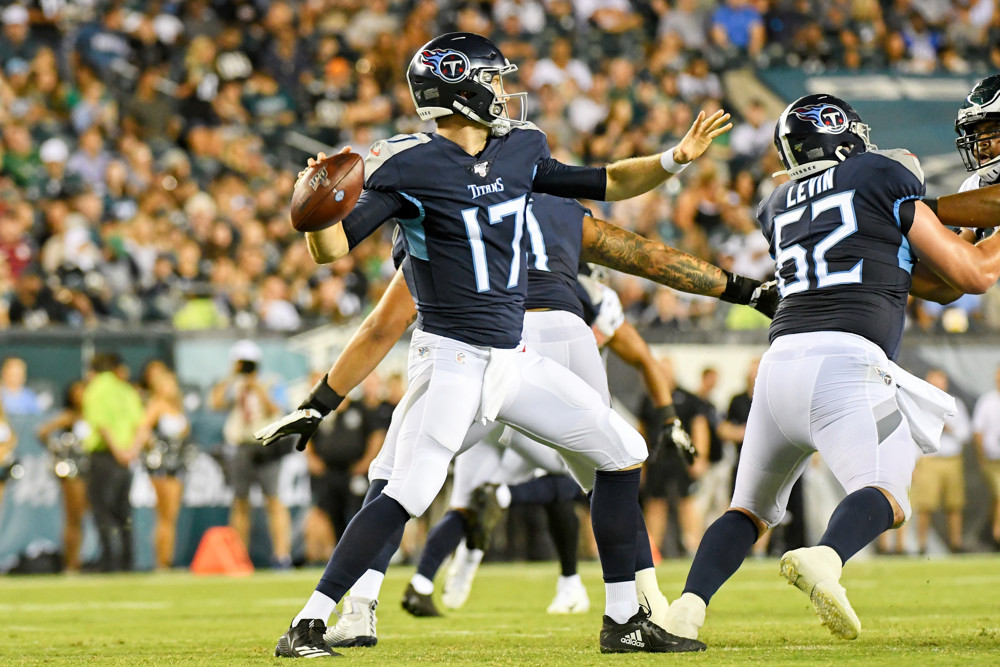 Notes: I don’t think the books have adjusted to Griffin’s recent role. His prop of 2.5 catches is exactly equal to his catches per game on the season. Of course, Griffin’s role has been drastically different recently as injuries have hit his position room. In the last three games Chris Herndon has missed, Griffin has played on 90% of the snaps, run 94 routes and 113 Sam Darnold dropbacks and seen a 17% target share. I’m OK eating the -134 on this one. We can also bet Griffin over 28.5 receiving yards at -112 for double exposure.

Notes: This is a mean/median issue if we only look at Tannehill’s four games this season. He has two games with more than 9.5 rushing yards and two games with fewer than 9.5. But note that he’s averaging 19.7 rush yards per game, highlighting the athleticism that made him a college WR for a bit. I’d also add that in his career as a starter, Tannehill averages 14.0 rush yards per game.

Notes: The Jets feature the NFL’s No. 1 rush defense in terms of yards per game allowed and YPC allowed. It sets up as a game where the Raiders are more likely to ride Derek Carr, especially with Sam Darnold having a direct path to putting up points. I bet Renfrow last week at over 33.5 yards against the Bengals. The bump in price to 38.5 certainly makes it thinner, but he’s very likely to see six targets.

Notes: Betting overs on Robby is really thin these days as his deep-threat role is not a part of Sam Darnold’s initial reads. But his matchup is primed as Silva noted in Matchups. The Raiders have allowed the second-most completions of 20+ and 40+ yards this season. In a game I want to be bullish on, Anderson can get over his prop on just two catches.

Notes: With Preston Williams done, Hurns stepped into the primary role opposite DeVante Parker last week. That meant 87% of the snaps and 13% of the targets in an extremely difficult matchup against the Bills. This week, Ryan Fitzpatrick should have plenty of time against a Browns defense playing without Myles Garrett and Larry Ogunjobi.