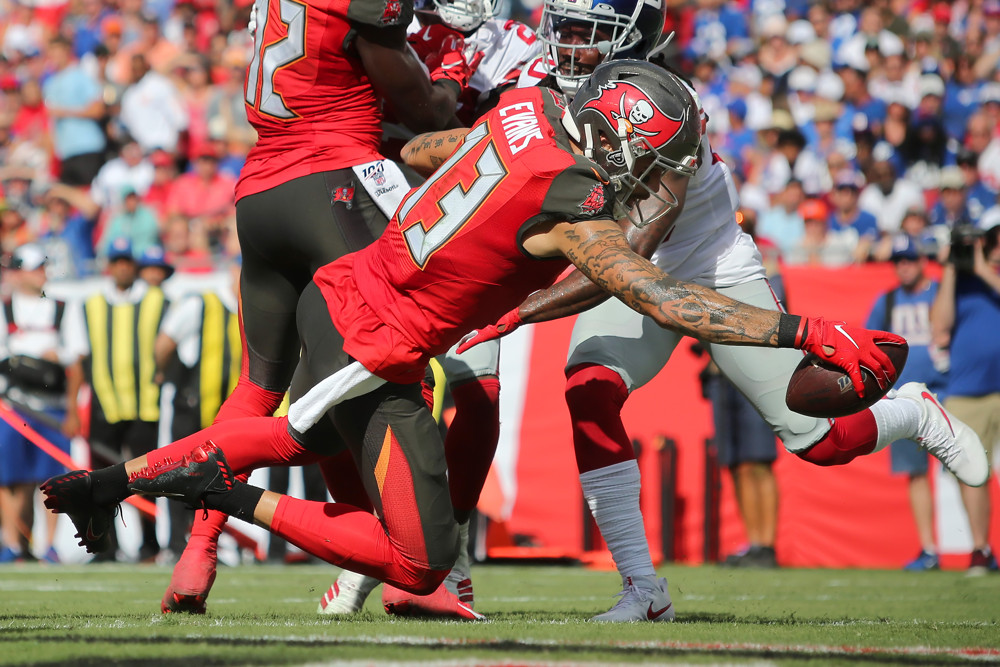 Notes: Brissett has averaged 18.5 rushing yards per game in 21 career starts. But that doesn’t tell the whole story. A key to betting props is understanding mean vs. median. So although Brissett’s mean is 18.5, he’s actually been under 20.5 yards in 15 of those 21 starts. Outlier rushing games of 48 yards, 36 yards and 33 yards are dragging the mean up. So I’m happy to bet against Brissett reaching a number he’s only reached 28% of the time as a starter.

Notes: There are so many paths to failure when a receiver has a yardage prop this high. His team could get a lead through defense or special teams, causing them to only throw 20 times. The defense could roll coverage to Mike Evans and Chris Godwin could end up with 15 targets. Evans could simply not come up with the fistful of low catch-percentage bombs he’ll see from Jameis Winston. It’s simply a bad line from the oddsmakers and one we wouldn’t see in a more liquid market.

Notes: In 27 career starts, McCoy has averaged just 4.0 rushes per game. He’s managed a reasonable 16.26 rushing yards per game, but that’s still not enough to have this line make any sense. McCoy certainly has downside in both injury and getting pulled for Dwayne Haskins Sunday. Remember McCoy is just getting back from a very serious leg injury. I also don’t expect the Redskins to posses the ball very much against arguably the league’s best defense.

Notes: Last week, Elliott played on 56-of-58 snaps and saw seven targets. At the very least, it’s a signal that the team feels fully comfortable with his condition following the holdout. Now comes a home game without LT Tyron Smith, setting up a situation which in theory should lead to more screens and short passes. Although Elliott is only averaging 15.7 receiving yards per game this year, remember that he was up at 37.8 receiving yards per game. The line of 23.5 does not incorporate priors nearly enough.

Notes: In theory, Falk has had two weeks to prepare for this game. But the Jets seemed to think Sam Darnold (mono) had a legit chance to get cleared, so Falk didn’t get all the first-team reps this week. On top of that, Brandon Thorn’s No. 1 trench mismatch this week was Eagles DL over Jets OL. Even against a woeful Eagles secondary, I’ll take the projection win here and be willing to bet on Falk failing.