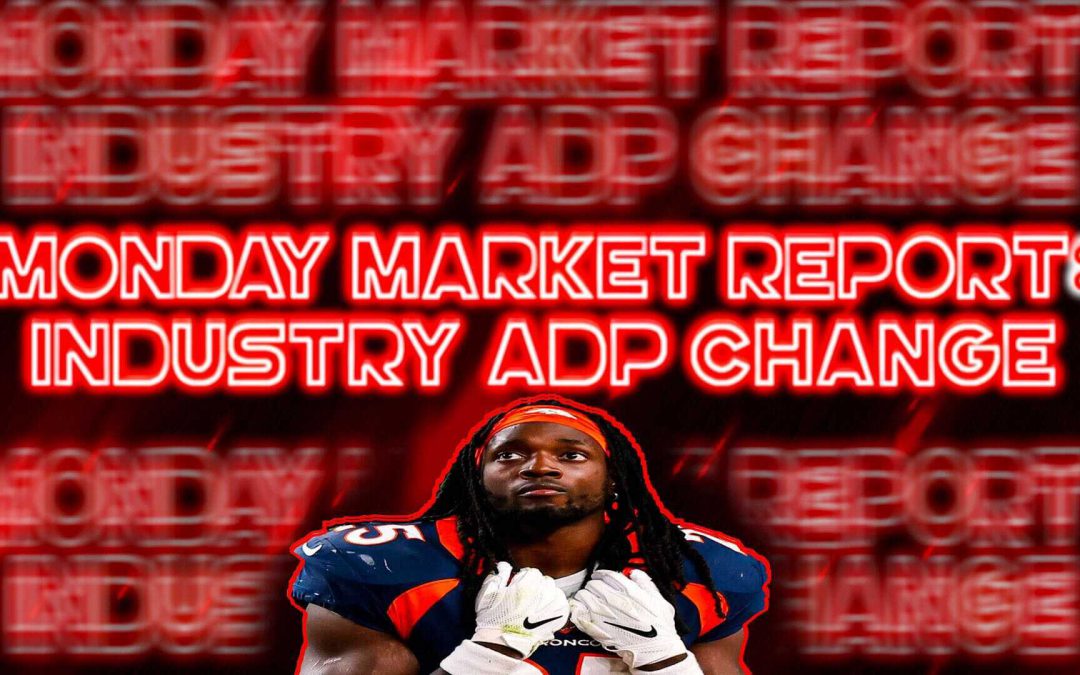 Each week in this space, we’ll look at how ADP has changed over the past week in the industry. For FFPC and NFFC leagues, we’re looking at ADP over the last two weeks compared to ADP the two weeks prior to that. For Underdog, we’re comparing their ADP today to their ADP a week ago. Please note the sample sizes for NFFC drafts are currently very small. 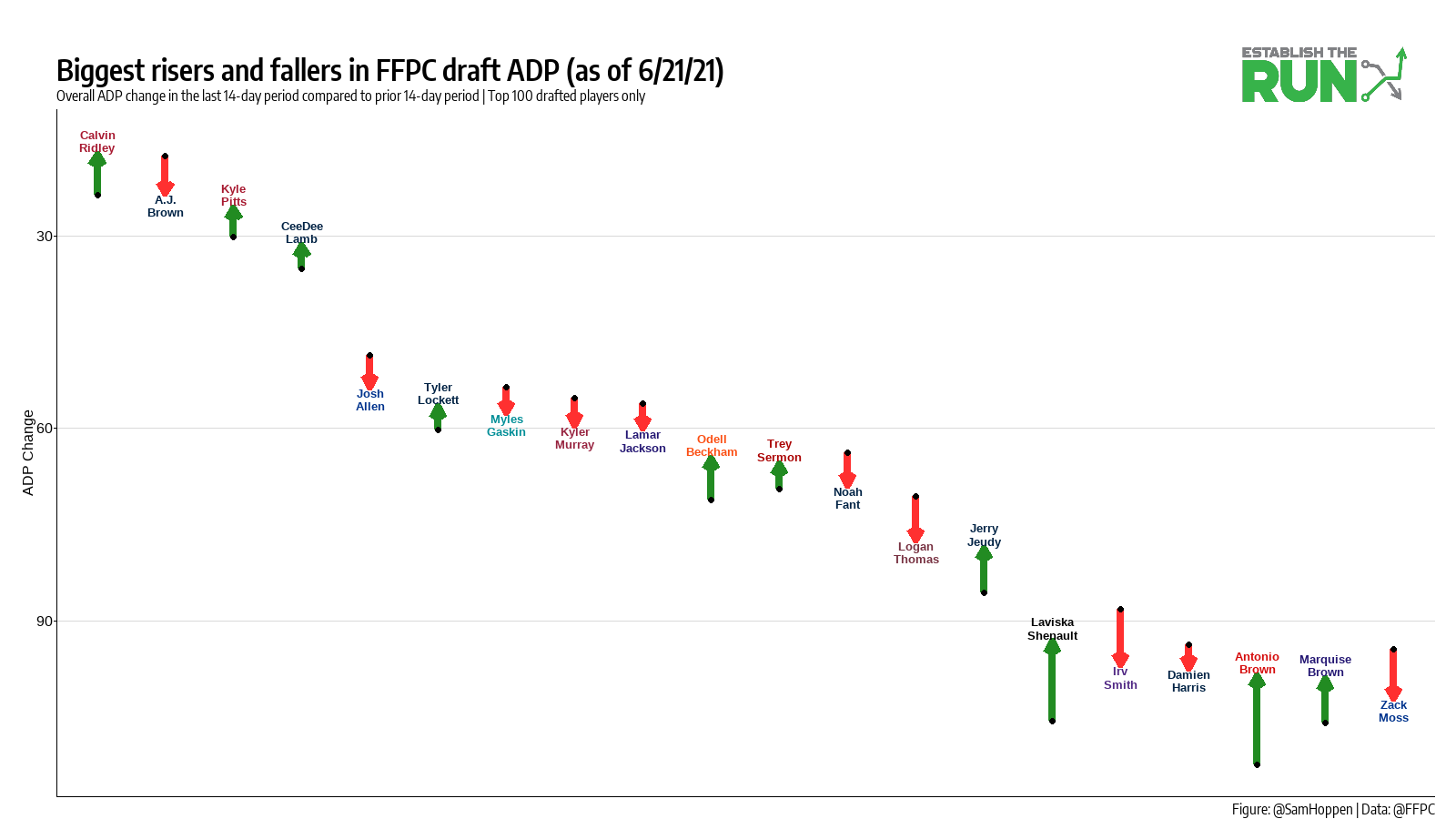 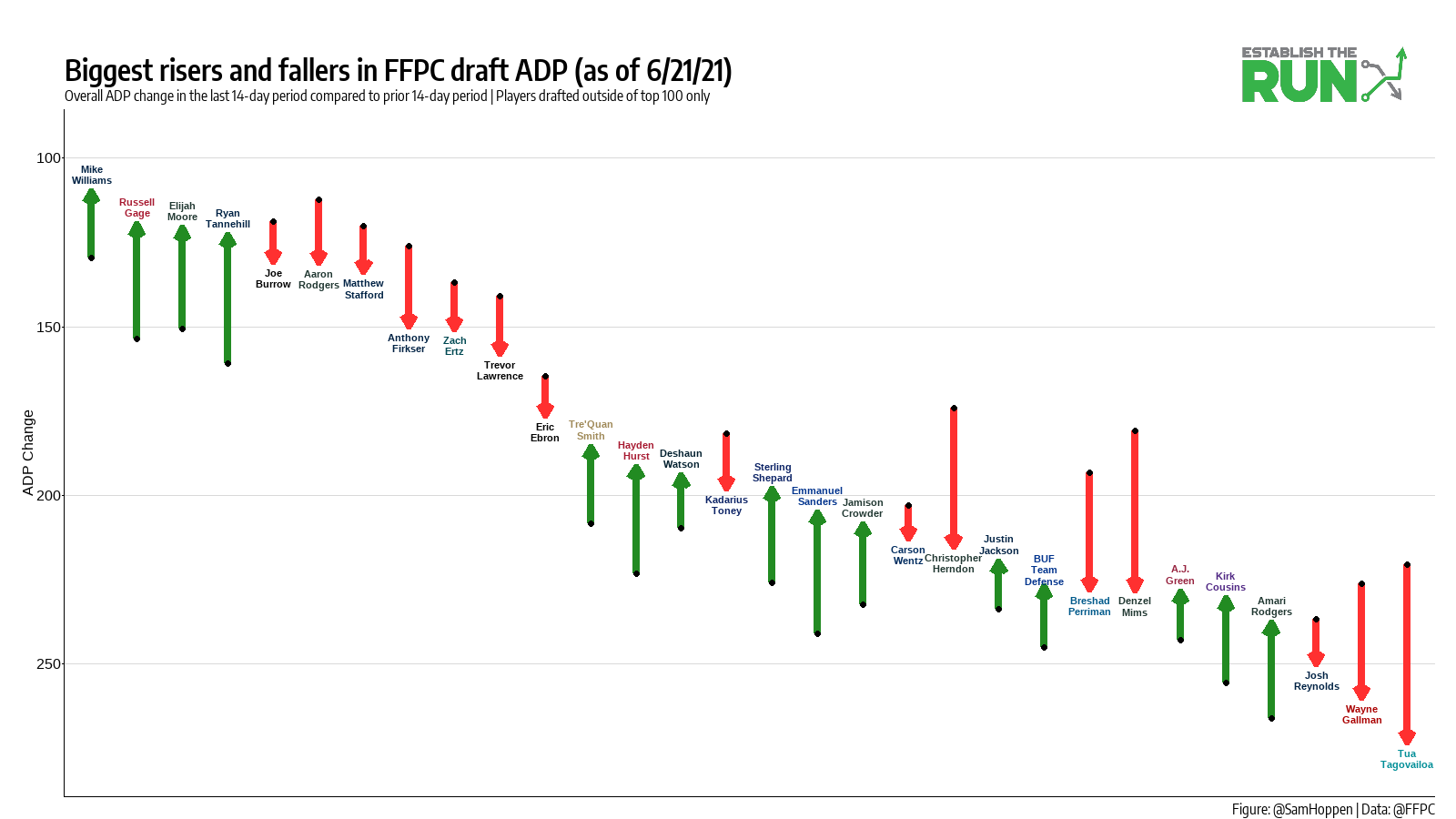 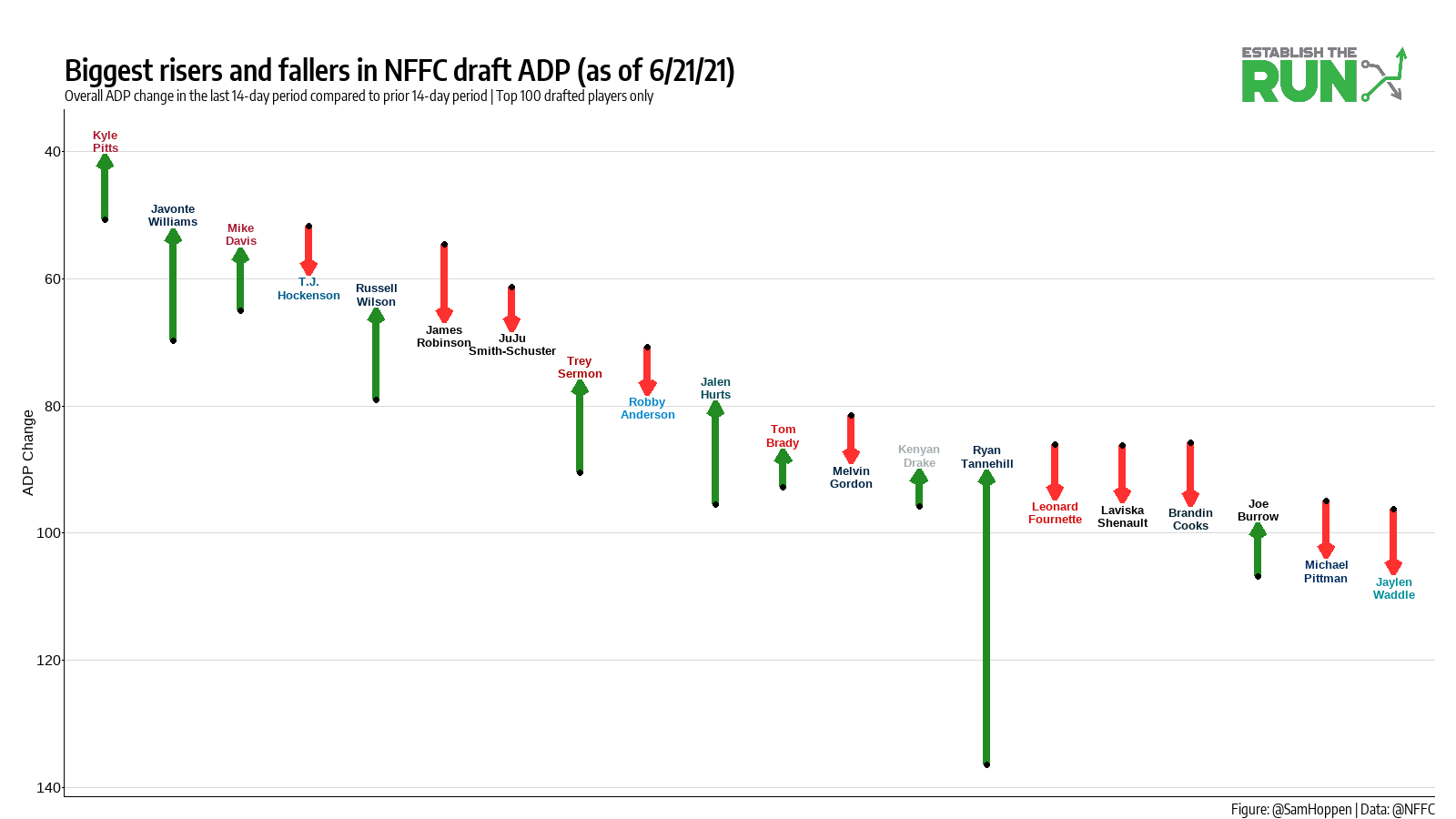 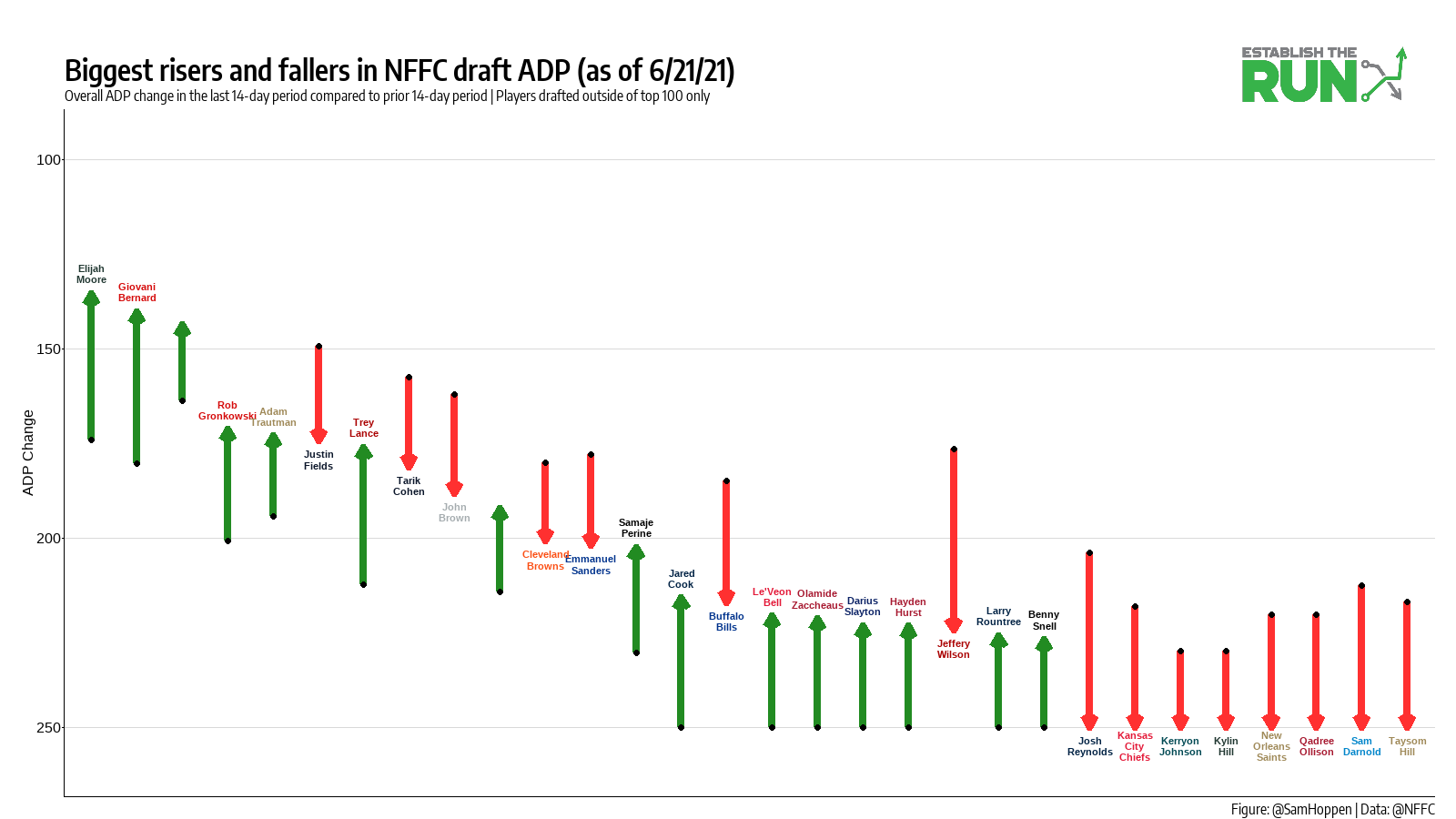 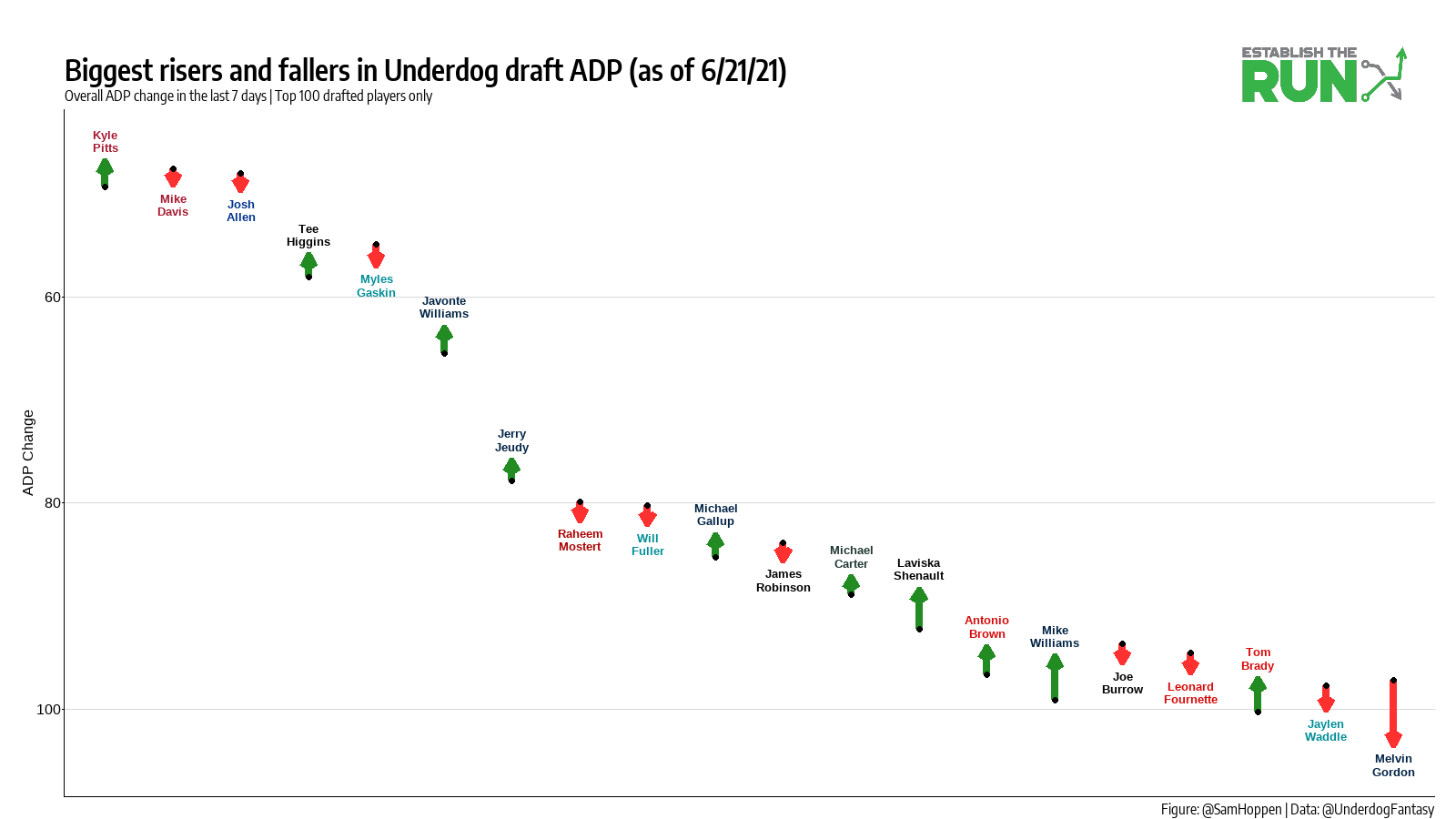 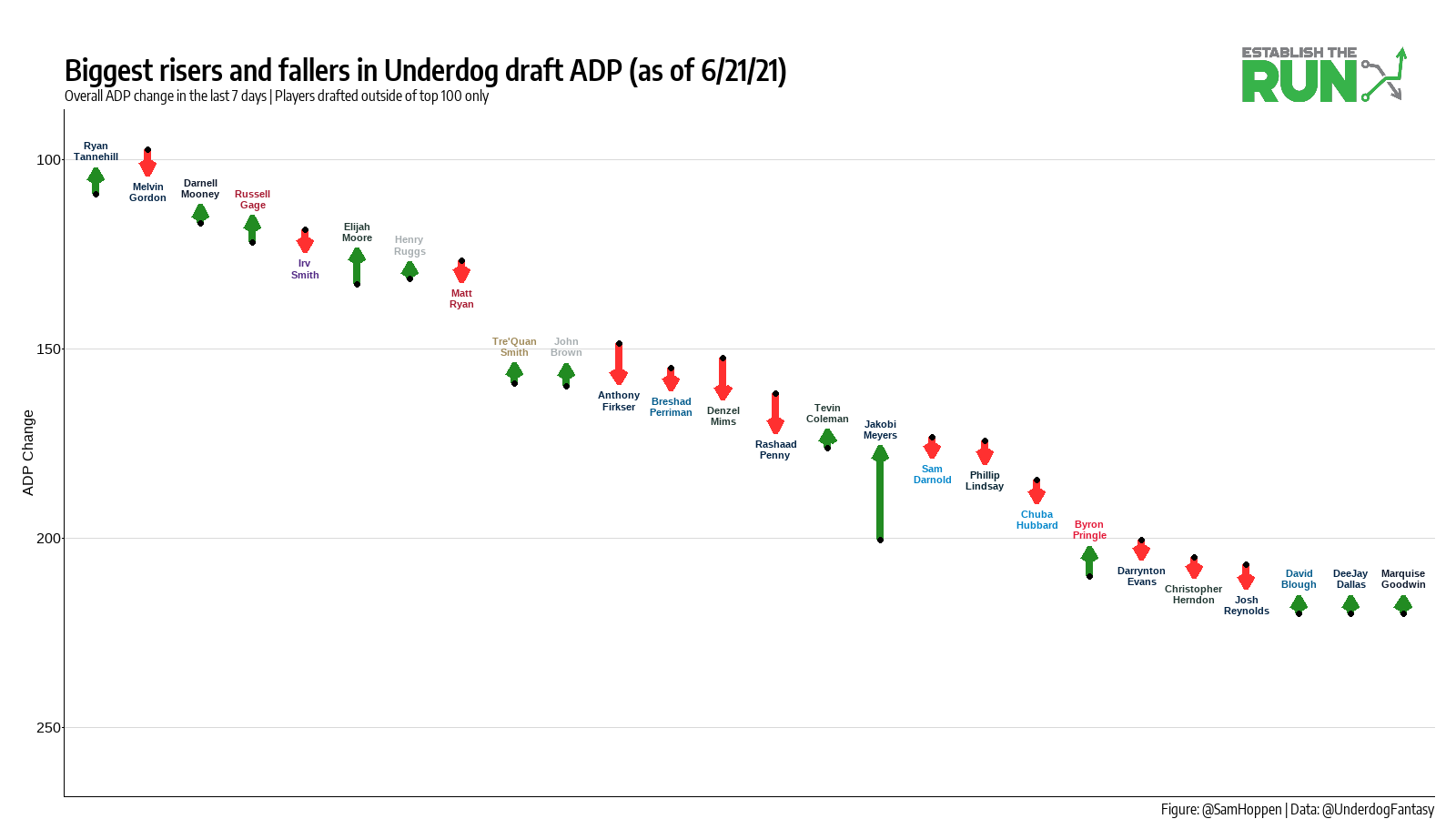