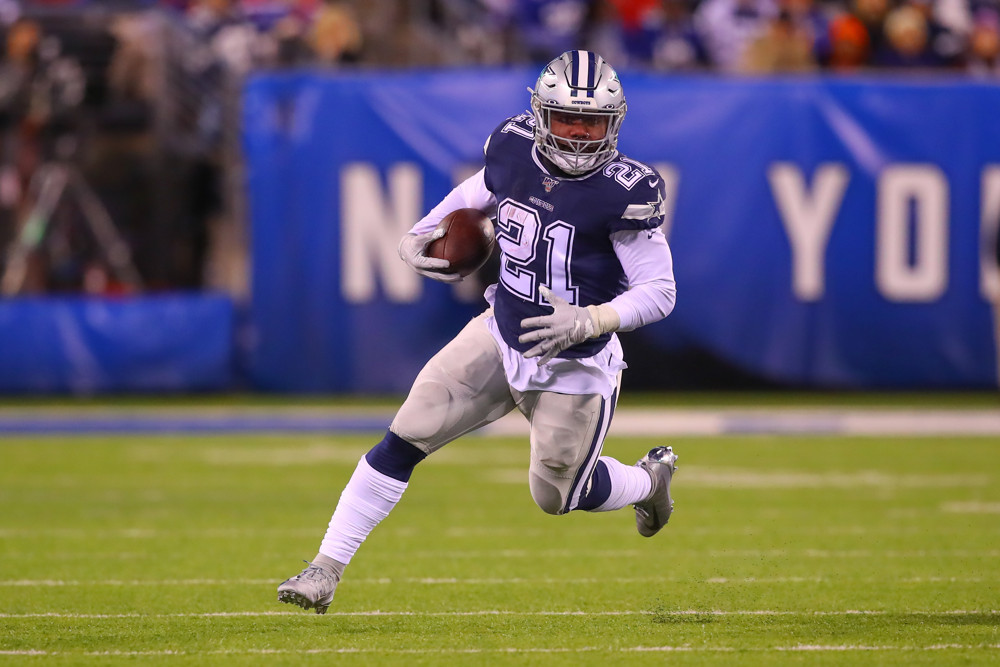 First-tier running backs are high-volume workhorses and every-week difference makers at a position that’s been diluted by NFL teams’ decreasing willingness to commit to one individual in a devalued role. Yet these backs remain virtually priceless fantasy football commodities because they score at extreme levels and are so tough to find.

Christian McCaffrey outscored 2019’s overall RB2 by nearly nine PPR points per game, then missed 13 games in 2020 due to a high ankle sprain, shoulder dislocation, and strained quad. This will be CMC’s first full season under creative OC Joe Brady in what sets up as a boom-bust offense now quarterbacked by Sam Darnold with D.J. Moore, Robby Anderson, and draft steal Terrace Marshall Jr. commanding attention out wide.

Dalvin Cook has banked consecutive top-five RB1 finishes fueled by a dynamic all-purpose skill set on a team philosophically invested in the running game under Mike Zimmer. Minnesota’s offensive line looks much better this year. At Establish The Run, we are big proponents of 2021’s Vikings as a potential double-digit-win team, which would benefit Cook from a game-script standpoint.

Alvin Kamara’s outlook is complicated by New Orleans’ post-Drew Brees quarterback quandary, but his multi-dimensional lead-back role couldn’t be more secure, and Sean Payton’s offense will continue to run through him. Kamara has spent four years in the league and never caught fewer than 80 passes.

Saquon Barkley tore the ACL, MCL, and meniscus in his right knee last Week 2. Albeit devastating, Barkley’s injury occurred early enough that he’ll be nearly a full year removed by Week 1. Even better, the Giants took serious steps to upgrade his supporting cast by signing Kenny Golladay and Kyle Rudolph and drafting Kadarius Toney in the first round.

Derrick Henry has led the NFL in carries, rushing yards, and rushing TDs in back-to-back seasons. I have concerns about Tennessee’s loss of OC Arthur Smith and declining roster. More so than any other member of this running back tier, Henry needs positive game script and risks seeing less of it this year.

Ezekiel Elliott averaged 22.0 touches per game in his final two years at Ohio State, then 24.3 over his initial four pro campaigns. Among active NFL running backs, only Mark Ingram has more career touches than Elliott. Perhaps overworked, Zeke looked genuinely slow in 2020 and was outplayed by Tony Pollard. Yet Elliott is entering just his age-26 season, remains the largely uncontested lead runner in a top-five offense, and from a pure stat-projection standpoint firmly belongs in tier one.