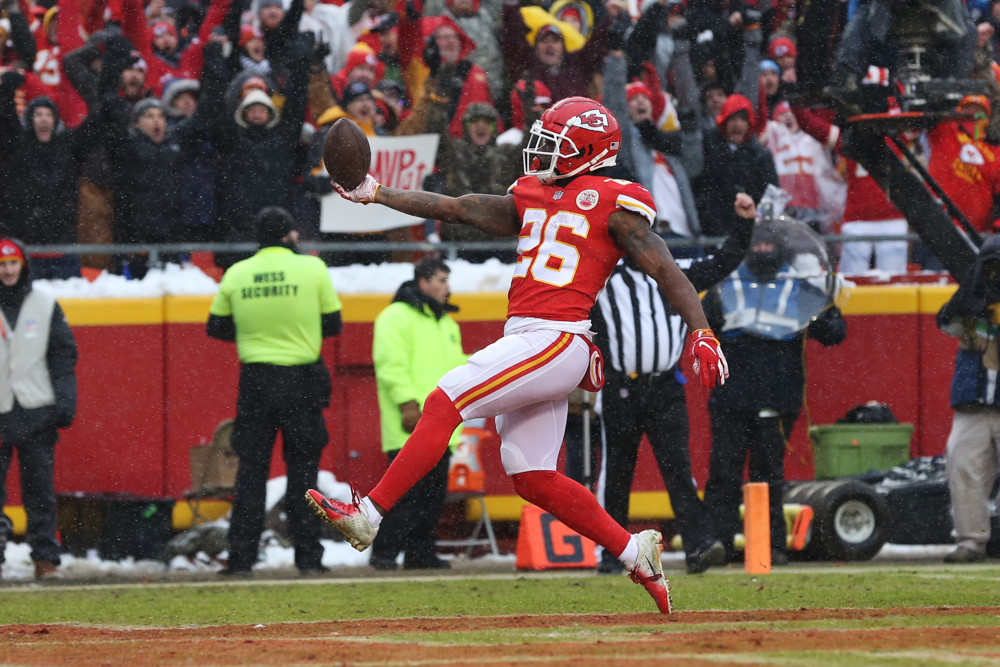 After a fumble late in the third quarter, David Johnsondidn’t return to the field in Week 10. With this development, Drake led the team in snaps (64%), rushing attempts (56%), routes per dropback (50%), and targets (14%). While it is likely that Johnson will return to the lead role next week, it is apparent that Drake has a role based on his playing time before the fumble. Once Chase Edmondsis ready to return, this situation will be reevaluated – we could see a three-way running back by committee situation, but for now, Drake is viable in deeper formats.

Williams remains on this list for the second consecutive week after LeSean McCoywas a healthy scratch the Week 10 game versus the Titans. Head coach, Andy Reid, stated the time off for McCoy was planned to keep him fresh for the stretch run. Regardless, this marks the second consecutive game where Williams has dominated snaps (73% and 73%), rushing attempts (67% and 76%), and routes per dropback (53% and 54%). While this likely remains a committee, Williams appears to be back to lead status.

Singletary landed in this section of the column last week due to his spike in playing time despite a leading game script. Although he came up small in the box score with eight PPR points in Week 10, his underlying utilization metrics remain strong. He has led the team in snaps (68%, 66%, 68%) and routes per dropback (72%, 61%, 57%) over the past three weeks and has led in rushing attempts the past two contests (51% and 40%). Singletary is more valuable than any other point this season.

Devonta Freemanis set to miss a couple of weeks with a midfoot sprain. With Ito Smithrecently sent to IR (concussion), that leaves Hill as the last man standing in the Falcons’ backfield. In Week 10’s action he picked up 50% of snaps, 59% of attempts, and ran a route on 24% of dropbacks. The team could easily add a veteran runner this week, but for now, Hill is the primary ball carrier.

In Hunt’s first game back from suspension, he played a healthy percentage of snaps (55%) and experienced high utilization in the passing attack (56% routes per dropback and 24% of targets). Interestingly, Nick Chubb played his highest snap count in three weeks (81%) and also continued to see work in the passing game (61% routes per dropback and 8% of targets). Chubb also retained a firm grasp on ground attack with 77% of the attempts (including six from inside the five) versus 15% of the attempts for Hunt. How this will unfold moving forward could change, but it is clear the team wants to involve both backs.

The second-year wide receiver has led the Cardinals in targets each of the last three weeks since his return from injury (29%, 21%, 20%). Over the past two games he has moved from primarily working out of the slot to playing more outside (19% and 16% slot routes). Kirk has also posted his two highest aDOT totals for the season in the last three weeks (12.2 and 18.2), increasing the value of his targets. Over the last three games Kirk has posted 18, 4, and 38 PPR points, and his utilization supports sustained value given Arizona’s 2.4 plays-per-minute.

Despite another disappointing PPR box score (8 points) in Week 10, there is a silver lining for the young Alabama receiver. He played a season-high 89% of the snaps and ran a route on 100% of the team passing dropbacks. After the departure of Mohamed Sanuthe team originally opted to keep Ridley in his prior role but reduced the role of Justin Hardy (0% routes per dropback) in the matchup versus New Orleans. If Ridley can sustain these rates, his targets have a chance to spike, especially with the potential loss of Austin Hooper(MCL) for the next week or more.

Brown showed up in the monitoring section of this column last week after running routes on a season-high 80% of team dropbacks in Week 9. He topped that mark in Week 10 at 92% and was second on the team in targets with 21% behind Jonnu Smith(32%).Corey Davismissed the game due to injury, which is a factor. Tennessee’s 59 plays per game (5thworst in the NFL) and 61% passing play average (21stin the NFL) continue to hinder this passing game, but Brown has distanced himself from Tajae Sharpeto become a Top 3 option for the team.

The Ravens receiving unit has evolved into a four-way committee over the past two weeks. Brown tied for second on the team in target share with 18% (behind Mark Andrews36%), but only played 38% of the snaps and ran a route on 42% of the team dropbacks. Brown can still produce on limited looks due to his big-play ability (see his 18 PPR points in week 10), but it would be more encouraging to see him return to his 85% plus route per dropback rates we saw early in the season.

With the Redskins already playing for 2020, Harmon could be in line for more work late in the season. Harmon’s snaps (16%, 26%, 49%) and routes per dropback (20%, 16%, 41%) are up over the past three weeks, and that could continue as the team gets a look at Dwayne Haskinswhom Harmon has worked with throughout the season as part of the second-team offense.

The rookie pass catcher has seen his snaps (2%, 21%, 39%), routes per dropback (3%, 36%, 39%), and targets (0%, 4%, 7%) slowly trend upwards over the past three games. He is currently still in a committee situation for the WR3 and WR4 reps along with KeeSean Johnsonand Pharoh Cooper. Johnson currently is slightly leading the trio, but Isabella has flashed big-play ability and could continue to push for more playing time as the season rounds out.

McDonald remains in this section of the column for a second week due to another strong utilization performance with 97% of snaps, 90% routes per dropback, and 18% of the Steelers’ targets. This offense is only running 56.9 plays per game (second-worst in the NFL) and is 22ndin passing plays (61%), so McDonald’s upside remains limited, but he can serve as a handy bye week filler if things are tough.

Ebron’s routes per dropback spiked to a season-high of 80% versus the Dolphins in Week 10 during a gross loss to the Miami Dolphins. Ebron is operating primarily out of the slot (62%), which had previously limited his playing time since the team likes to use three wide receivers. However, in Week 10 Chester Rogersonly ran a route on 44% of dropbacks with the team opting to get Ebron on the field instead. With the losses of Devin Funchess, Parris Campbell,and T.Y. Hilton, it’s possible Ebron continues to see more work alongside Zach Pascaland even Hilton once he returns.