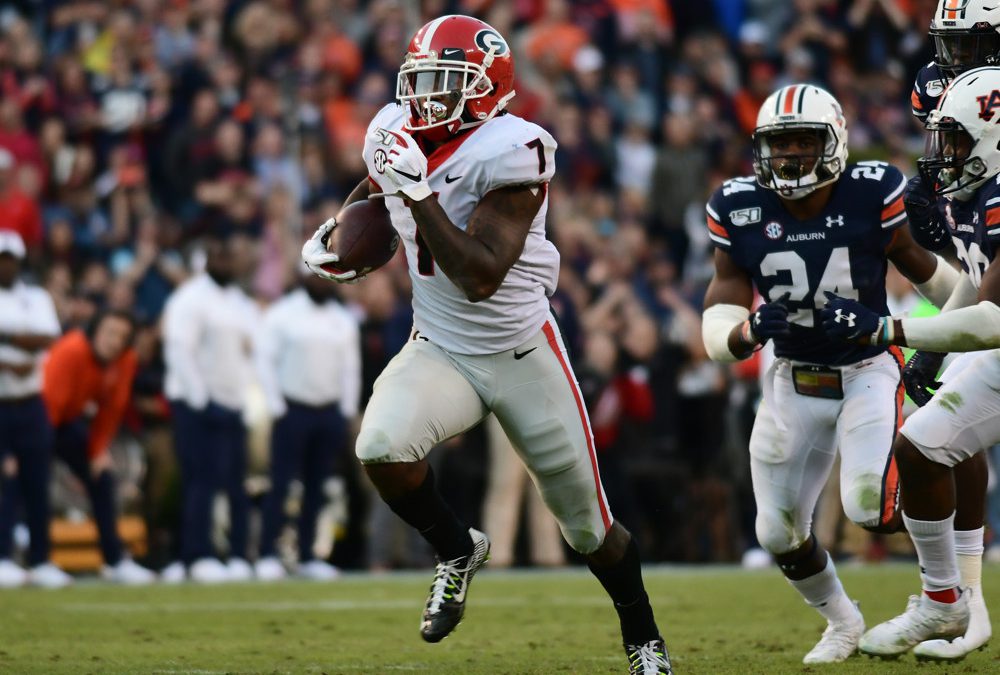 These rankings are based fully on how I view each player’s likelihood of NFL success. They are not at all impacted by fantasy football or in what order I believe these players will be drafted. They are at least partly driven by the order in which I believe they should be drafted, albeit without any team context.

4.48 speed at 5’8/212. Intuitive runner with exceptional short-area burst and lateral quickness to win in phone booth. Holds all-time record for career yards per carry by a Georgia running back (6.6). More darting, elusive than tackle-shedding power back. Ran inside and outside zone at UGA, primarily in traditional I formations. 73 catches over three seasons. Shared time with Nick Chubb, Sony Michel, Elijah Holyfield in first two years. Never averaged more than 15.1 carries per game. Likely lead back in RBBC, not quite every-down workhorse. But ceiling is cross between Dalvin Cook and Alvin Kamara.

5’10/226. 4.39. 90th-percentile athlete. Thoroughbred averaged 22.6 carries per game, 2,058 rushing yards per year in Madison. Robust 26/252/5 receiving line in ’19. No injury history. But dropped 8-of-50 catchable targets in his college career and fumbled 19 times. Although Ezekiel Elliott is most common comparison, Taylor is not nearly as polished in passing game as Zeke was in terms of blocking, catching.