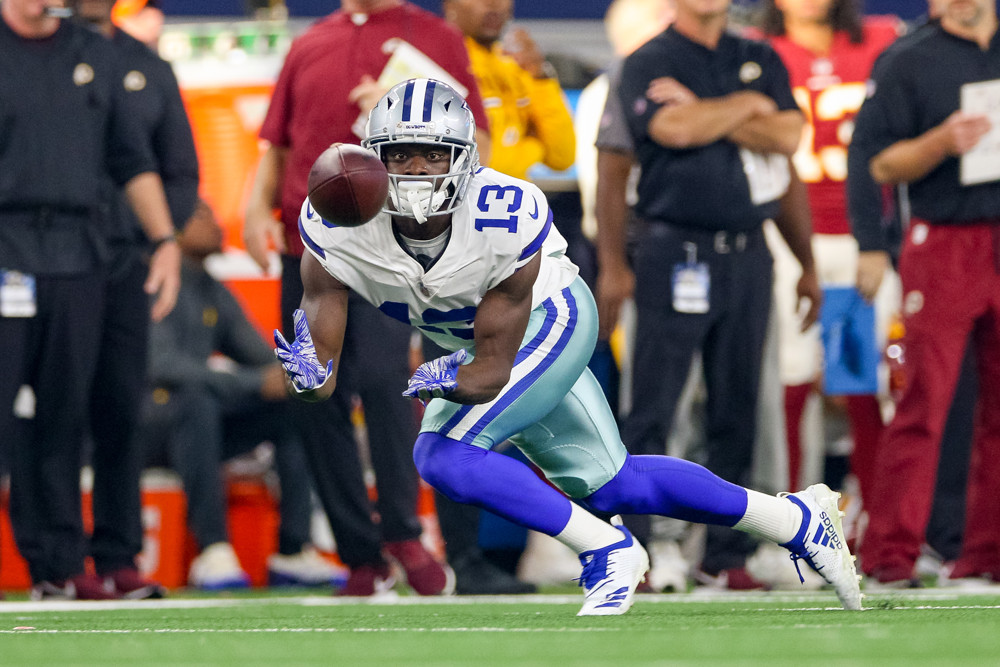 These are the players I’m higher on than the market heading into 2020 fantasy drafts. Some of them are true “sleepers,” others are just undervalued. I’ll be back next week with busts and overvalued players in my annual Shy Away 40 column.

Editor’s Note: Week 1 is approaching rapidly. Our Bundle Package combines the Draft Kit with all our In-Season Content for the lowest price we’ll have all season. Click here for details.

Will Fuller, WR, Houston Texans
Much like Allen Robinson in 2019, Fuller has turned into Establish The Run’s 2020 screaming fantasy buy across all formats, from season-long to best ball to Dynasty. DeAndre Hopkins’ exit freed up 10.0 targets per game, while Fuller’s built-in rapport with Deshaun Watson is far superior to in-house target competitors Brandin Cooks, Randall Cobb, and Kenny Stills. Even with Hopkins dominating Watson’s pass volume over the past three seasons, Fuller’s receiving line is 82/1,237/7 over the last 16 games in which he drew more than two targets. As Fuller’s injury risk is already baked into his sixth-round ADP – he’d likely be going in the top three rounds with a clean resume – Fuller is a cinch WR3/flex pick on ceiling alone.

Michael Gallup, WR, Dallas Cowboys
He should be no one’s idea of a sleeper after finishing sixth in the league in receiving yards per game as an NFL sophomore, but Gallup is criminally undervalued as this year’s WR31; Gallup is WR25 at Establish The Run, and our overall Top 150 places him 20 spots higher than Football Guys’ Championship consensus. Including playoffs, Gallup enters his third season with 74/1,244/7 receiving over his last 16 games, which would have made him 2019’s fantasy WR7 in PPR leagues. As wideout guru Matt Harmon noted on ETR’s podcast with Adam Levitan, Gallup compiled all of that production despite running the toughest routes in Dallas’ pass-catcher corps. As the Cowboys project to field one of the NFL’s top offenses and score touchdowns in bunches, betting on their skill players is sound fantasy process.