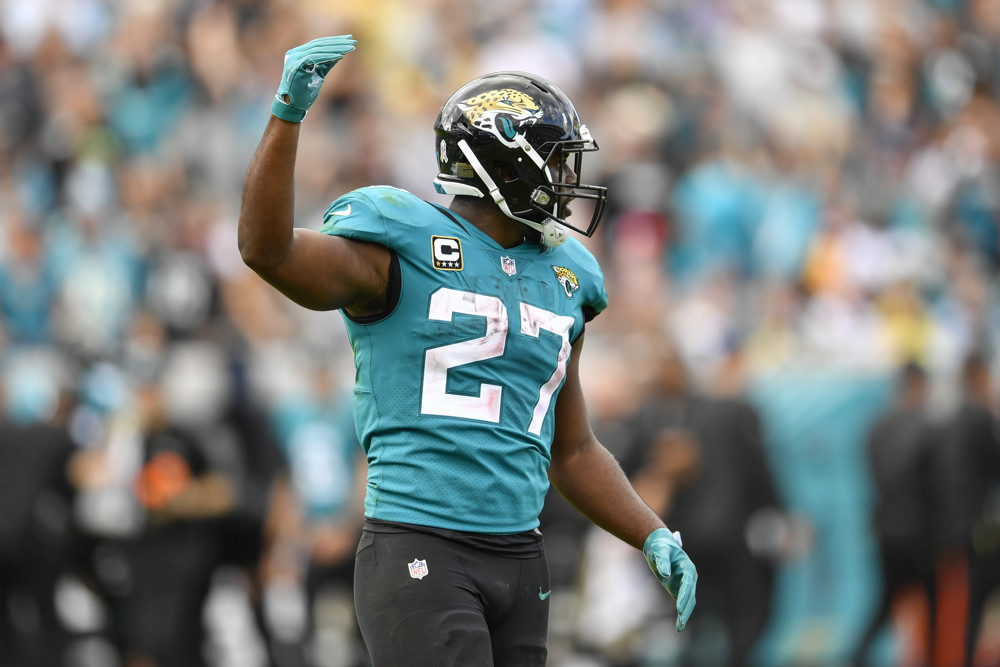 I’d make a lot of changes if I was King of the season-long fantasy football world. But my No. 1 priority would be eliminating the default rankings from the online draft applets.

These default rankings are the enemy of hard work and preparation. If the defaults are solid, owners can just show up the day of the draft and make some reasonable picks. At a minimum, many of our opponents will use the defaults as a crutch. That means they may be afraid to pull the trigger on X guy in the second round because he’s listed as a fourth-rounder in the applet. Or maybe they take Y guy earlier than they should because his name is on top of the applet. Even auto-drafters can have success if the draft applet rankings are solid.

The good news for us is that some of these default rankings are not particularly efficient. So there are edges for us to exploit against opponents who are relying on them. The best process for us is to draft off of our own personal rankings/tiers, but also be aware of and adjust to what’s going on the applet.

Below is what you should be aware of heading into drafts on ESPN and Yahoo:

*These rankings were found within draft applets as of Friday, August 23

ADJUSTMENTS: Michael Thomas in the top-6 is odd and he’s only behind DeAndre Hopkins (No. 5 overall) at WR. Expect our opponents to reach there even though MT and Nuk are in the same tier as six other guys in the Tiers of Evan. … These ESPN default rankings clearly haven’t factored in Gurley’s knee/timeshare/late-season rest downside. … Speaking of downside, it’s great to see that someone in our ESPN league will likely reach for the mess that is Antonio Brown. … The intensifying holdout of Melvin Gordon also is not factored in. At this point, there’s a good chance he misses a good chunk of the season. … Oddly, ESPN has factored in the recent rise in outlook of Chris Carson and Josh Gordon – we could even argue they’ve over-adjusted here.

ADJUSTMENTS: Don’t be afraid to pull the trigger on James Conner, Dalvin Cook and Nick Chubb early even though they’re buried a bit in these default ranks. Even if our opponents aren’t prepared, there’s a reasonable chance they know that Chubb/Cook/Conner have true RB1 potential. … We can afford to wait on tight end a bit in this applet because OJ Howard and Vance McDonald are ranked so low. … Jameis Winston also sticks out as someone we can wait a long time to get, he’s behind most D/STs and Ks in the ranks. … We shouldn’t have to reach to land Miles Sanders and Latavius Murray. Same goes for Damien Williams and David Montgomery at the higher end.

ADJUSTMENTS: It’s going to be difficult to land Chris Carson given his rank here. Also no bargain on the God himself Chris Godwin. … We can definitely wait on QB. I already mentioned Jameis Winston in the section above, now we see that Kyler Murray and Lamar Jackson are down in the ranks. … Tony Pollard and Justice Hill are no-brainer layups that we should be able to get in the 11th/12th rounds against unprepared opponents.

ADJUSTMENTS: There are so many mis-ranked players in this applet that we shouldn’t have to dumpster dive much at all. Our team should end up loaded just on value-based drafting. That said, it’s worth taking a look at Mattison, Edmonds and Hilliard – particularly if you went with a zero-RB strategy.

ADJUSTMENTS: Yahoo’s default rankings are really strong overall. If I could choose where I draft, Yahoo would not be the spot as our opponent could walk in off the street, do minimal work and come away with a reasonable team. That said, one leak in Yahoo’s applet ranks is at quarterback, where most are ranked too high. I pointed out a few above who will likely go earlier than they should. … Derrick Henry’s one-dimensional skill set on a shaky offense at No. 24 is egregious to me. I’m glad to see him that high and would hope someone takes the bait.

ADJUSTMENTS: It’s wild to only find two guys in the entire applet listed well below what I consider optimal. Again, it’s a reason to avoid Yahoo if possible. … That said, we should be able to turn a nice profit on Lenny Fournette and Austin Ekeler. Casual opponents will be afraid to click them because they’re low in the default rankings.

ADJUSTMENTS: We’re not sneaking any of the buzz guys through for cheap on Yahoo. Chris Godwin, the poster boy for buzz this offseason, is all the way up at 35. Curtis Samuel at 71 and Vance McDonald at 90 also isn’t great for us. … As noted above, quarterbacks are ranked high and the high-ceiling youngsters Baker Mayfield/Kyler Murray are no exception. Yahoo is a site where we can likely wait until most (or all) of our opponents have a QB before we take ours.

ADJUSTMENTS: Opponents drafting without their own lists/tiers/information are unlikely to find these guys. There’s not exactly gold down here on Yahoo, but it’s something. … Darwin Thompson stands out. At this point, Chiefs beat writers would be shocked if Carlos Hyde makes the final roster. A big reason is how well Thompson has played in August. … Ty Montgomery is the no-doubt backup to Le’Veon Bell and has a shot at a bit of standalone work in the pass game. … Tony Pollard at 264 is an obvious oversight. He’s going to have a role even if/when Zeke returns. … Jaron Brown is an every-down WR with one of the most efficient QBs in the NFL. … Chase Edmonds will likely get 4-7 touches per game if David Johnson is healthy and would be in an elite spot if DJ goes down. … Ogunbowale has entered Evan Silva’s Top 150 at No. 148. He has a clear path to a real role this year as the best pass-catching back on a team which will throw a ton.