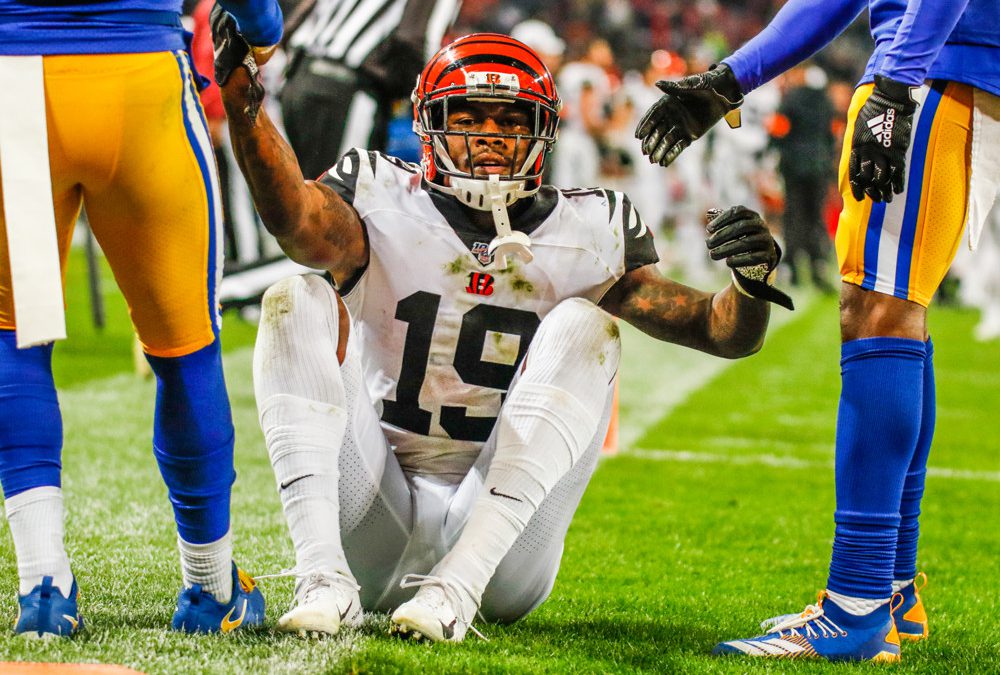 Week 10 was another high hit rate week for the model. It not only identified the No. 1 scoring wide receiver on the week — Christian Kirk — it also pegged Mark Andrews who ended up the week’s highest scoring TE. Overall 8-of-11 players on the list who played in games exceeded their projections.

One downside in Week 10 was that the top performers tended to have high ownership. This was especially true of Christian Kirk. While he still ended up being good chalk, the type of analysis the model uses appears to be taking root across the industry. That should probably be factored into your analysis moving forward regarding ownership. Since this article is published on Tuesdays — in advance of ownership projections — unfortunately I’m not able to offer guidance on how the market will view buy low receivers in situations that align with public narratives.

It was not all bad news on the ownership front however. In the top-six GPPs on DraftKings Mark Andrews was owned in under 5% of contests, on average. Demaryius Thomas had virtually zero ownership in any tournament, and put up solid numbers at just $3500. There’s still an edge to be had, but you’ll have to be comfortable using the model as your main decider rather than relying on narrative factors to drive your choices.

Here are the full results for Week 10:

* Projection = The full-PPR projection the model gives for a player for the rest of the season based upon his opportunity in the previous three games.

* Actual = A player’s average PPR points per game over the past three games.

Teams on BYE this Week are: the Green Bay Packers, New York Giants, Seattle Seahawks, and the Tennessee Titans.