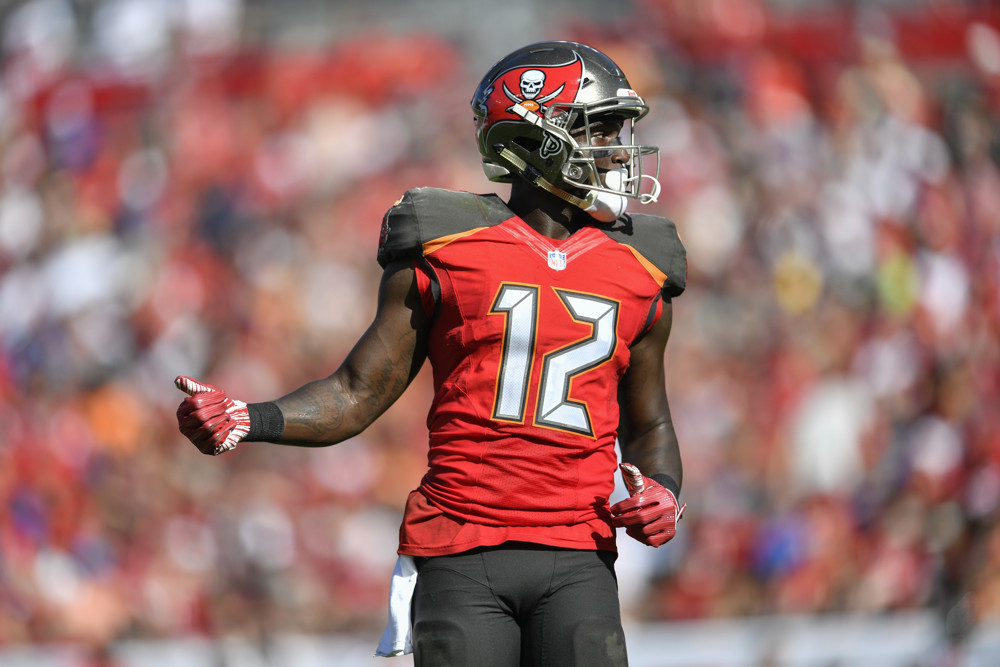 Jameis Winston enters his make-or-break season with Tampa Bay in his contract year under a new coaching staff. It’s the first season of Jameis’ career in which Dirk Koetter isn’t his offensive coordinator or head coach. Replacing him is Bruce Arians, whose emphasis on vertical passing meshes with Jameis’ aggressive mindset, and whose final two Cardinals offenses each ranked top five in plays per game. Following repeated early-season benchings, Winston finished 2018 strong with a 13:4 TD-to-INT ratio, 64.4% completion rate, and 7.9 yards per attempt over Tampa Bay’s final seven games and was fantasy’s QB9 during that stretch. Improved coaching, the Bucs’ pass-first team mindset, dynamic weaponry, and a miserable defense to compensate for position Winston to compete for the NFL lead in pass attempts and potentially break out against what Sharp Football rates this year’s softest schedule of pass defenses. Tampa Bay’s defense was further weakened by sack leader Jason Pierre-Paul‘s offseason neck injury, star WLB Lavonte David‘s meniscus tear, and NT Vita Vea‘s torn LCL, which will sideline Vea for at least the first month of the season. JPP isn’t due back before October.

Mike Evans should be the primary vertical-pass beneficiary of DeSean Jackson’s departure and Arians’ arrival after finishing top five in the NFL in Air Yards in each of the last four seasons and joining Randy Moss and A.J. Green as the only three receivers in league history to open their careers with five straight 1,000-yard years. Barely 26, Evans is firmly in his prime after setting 2018 career highs in yards (1,524), yards per catch (17.7), catch rate (62.3%), and yards per target (11.0), and ranking No. 8 among 96 receivers in yards per route run (2.38) in a passing game that was much deeper than this year’s. Evans rounds out my first tier of WR1s behind Davante Adams, DeAndre Hopkins, Odell Beckham, Julio Jones, Michael Thomas, Tyreek Hill, and JuJu Smith-Schuster and is arguably the best ADP-adjusted value of the group.

Chris Godwin is a shoo-in breakout pick moving to slot receiver, where Larry Fitzgerald tallied three 100-catch seasons for Arians in Arizona and Reggie Wayne caught 106 balls in Arians’ lone year with the Colts. Godwin has secured 24-of-35 career slot targets (69%) for 330 yards and a touchdown. The Bucs are missing the NFL’s fourth-most targets from last year’s team, freeing up opportunity for everyone else. A physical contested-catch winner, Godwin’s receiving line over the last 16 games in which he played at least 30 snaps is 60/941/7 on 104 targets, which should represent his floor transitioning from part-time receiver into an every-down role. Godwin is every bit deserving of his fourth-/fifth-round ADP.

O.J. Howard is also primed for a third-year breakout after Adam Humphries and DeSean Jackson’s departures condensed Tampa Bay’s passing game with Evans, Godwin, and Howard firmly atop. The Bucs’ running backs are poor receivers, and Arians’ offense is among the most vertical in football. That’s where Howard shines; he began his career with consecutive seasons above 11.0 yards per target, a feat never accomplished by Travis Kelce or Zach Ertz, and only once in nine seasons by Rob Gronkowski. Howard’s blocking prowess will keep him on the field as a near every-snap player, and his 4.51 speed at 6-foot-6, 251 will expose the “Bruce Arians Hates Tight Ends” narrative as a myth. Heath Miller logged two top-ten finishes for Arians in Pittsburgh, and Dwayne Allen set career highs in catches and yards as a rookie for the Arians-coordinated Colts. Howard is my TE4 behind Kelce, George Kittle, and Ertz.

Cameron Brate, Breshad Perriman, Justin Watson, and Scott Miller will vie for ancillary scraps behind the Bucs’ big three. Brate’s 530 snaps last year were his fewest since 2015, and he underwent hip surgery after the season. Since the Bucs drafted Howard, Brate has averaged just 3.9 targets per game. As perimeter speed is critical in Arians’ downfield attack, the Bucs took a one-year, $4 million flyer on Perriman, who logged a 15/334/2 receiving line in Cleveland’s final eight games, averaging 22.3 yards per catch. A 2018 fifth-round pick, Watson blazed 4.44 at 6-foot-2, 215 coming out of Penn, where he graduated as the school’s all-time receiving leader and flashed Eric Deckerian traits. Arians drafted Miller in the sixth round this year, then compared him to old pupil John Brown as an undersized (5’9/174) burner with 4.36 jets. Miller was reportedly one of Tampa Bay’s biggest standouts this spring.

Peyton Barber returns as incumbent starter in the league’s least-talented backfield after finishing 36th among 47 backs in Success Rate (44%) and 39th out of 56 in yards after contact per carry (2.68). Forever devoid of passing-game value, Barber caught just 11 passes in his college career at Auburn and earned PFF’s No. 60 receiving grade among 61 qualified backs last season. He’s a low-upside, two-down grinder.

2018 top-40 pick Ronald Jones busted badly as a rookie, earning zero trust from the coaching staff for his pass blocking and receiving, then managing 30 touches among 90 snaps despite Barber’s frustrating struggles. Jones has never contributed much in the passing game, where he caught seven passes in his entire high school career and 32 in 40 games at USC. Rumors circulated Jones simply didn’t take his rookie year seriously enough. They were followed by a slew of seemingly-positive offseason reports, including that Jones bulked up to 221 pounds, 16 above his Combine weigh-in. In theory, Jones is a Tevin Coleman-style straight-line burner as a former track athlete whose long speed popped on college tape. Jones and Barber will be pushed by longtime Arians pal Andre Ellington and mildly intriguing UDFA rookie Bruce Anderson, who ran 4.58 at 5-foot-11, 208 at North Dakota State’s Pro Day.

The Bucs’ win projection is 6.5 games, a total they’ve cleared once in the past six seasons. Bruce Arians has topped 6.5 wins in 6-of-6 years as an NFL head coach, however, and Tampa Bay has the necessary offensive ingredients to score with anyone in the league. The Bucs are due for positive regression after last year’s team went 4-7 in one-score games. Sack leader Jason Pierre-Paul is headed to reserve/NFI with a neck injury he suffered in a May car accident, further weakening the league’s worst on-paper defense. Still, the 6.5-game total is low enough that I’m willing to take a shot on the Bucs being a 7-9 win team with better coaching, explosive offensive potential, and regression working in their win-loss favor.