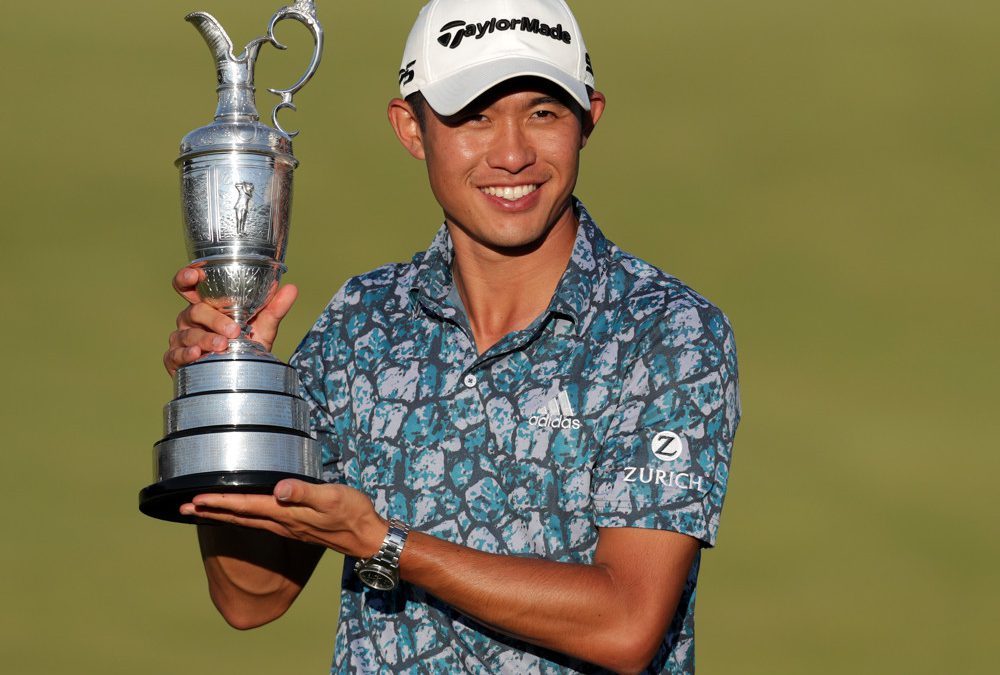 DFS golf is a unique game. There isn’t value created by injury replacements, like we see in NBA and NFL. There isn’t strong correlation between players, such as a QB throwing a touchdown to a WR. Each week, the field and playing conditions are completely different.

Here are five tips to keep in mind when playing DFS golf. And if you haven’t yet signed up for our new golf product, click here for more info. We have the projections, odds to make cut numbers, live show, and everything else you need to win:

It sounds simple, but too many ignore it. The key to DFS golf is getting all six of your golfers through the cut at the end of Round 2.

There is no steadfast rule on how to do this, but a mistake many DFS players make is blindly attempting to roster the winner. They do this by stacking multiple high-priced golfers on a single lineup.

This is a more viable strategy on FanDuel, where the salaries are softer and the “punts” are better. But on DraftKings, the cheap options can be too weak. We typically want all our golfers to have at least a 60% chance of making the cut (assuming the standard 144-golfer, top-65-plus-ties make cut structure). Subscribers to our golf product will have access to Rufus Peabody’s odds to make the cut for each golfer.

To make things more difficult, the PGA changed the cut line rules in 2019 from top 70 and ties to top 65 and ties, causing a precipitous drop in the percentage of 6/6 rosters we see on a weekly basis. Through 20 standard field events thus far in the 2021-22 season, the median cut rate for 217 qualified PGA TOUR players is about 62%, per Sports Direct Inc.

Some will argue that since it’s so unlikely to get all six of your golfers through the cut on a given week, that you should try and squeeze as much high-end talent as you can onto a single team. Keep in mind this thought process also leads to a lower percentage of 5/6 rosters as well.

There are still going to be weeks where a stars and scrubs approach could be effective, but most of the time we need to be incredibly mindful about taking on risk at the bottom of our rosters — especially in cash games. More on that below.

Unlike other sports, not every player on the PGA TOUR plays every week. Each tournament boasts a different field, which puts DFS salaries in a constant state of flux. There are weeks when none of the top-10 ranked players in the world show up, making the top of the salary range filled with golfers you wouldn’t otherwise see on a normal week.

DFS salaries correlate almost exclusively with the betting market and we must remember that these guys are not priced in a vacuum, but in relation to others in the field that week. DraftKings and FanDuel tend to price up the betting favorites quite a bit — it’s important we have a full picture of their range of outcomes. A good example of this is when an otherwise average PGA TOUR golfer is priced above $10,000 on DraftKings.

Take Joel Dahmen for example, who was priced at $10,200 at the 2021 Corales Puntacana Resort & Club Championship. He was the defending champion and one of the betting favorites, but was over $2,000 more expensive on the week than golfers like Emiliano Grillo and Nick Taylor. In a stronger field, with higher top-end talent, Dahmen would only cost a few hundred more than Grillo and Taylor.

Is Dahmen that much more likely to win than Taylor or Grillo that it justifies paying $2,000 more for him? Through our baseline and ceiling projections, you’ll be able to see this clearly. Examples like these happen almost routinely, and it’s imperative we understand when it’s okay to spend up and when we should be looking to allocate our salary elsewhere.

Note we shouldn’t blindly fade Dahmen in a scenario like this simply because Taylor or Grillo have similar ranges of outcomes. We should, however, be examining what the 2v2 and 3v3 lineup decisions look like with and without a $10,200 player on your roster, and whether the salary you save from fading him can be better used in other spots.

3. Using strokes gained data and course history to our advantage

First of all, what is strokes gained data and how do we use it?

Strokes gained data is simply a way to compare each player’s performance in relation to the rest of the field. Using ShotLink — a concept developed by Columbia University Professor Mark Broadie, which uses lasers and digital imaging — the TOUR is able to calculate how many shots it takes on average to get the ball in the hole from every possible distance, lie, and location on a golf course.

Say two different golfers make par on the same hole. We have no idea if they’re both hitting their approaches from the same distance, or if one drained a 30-foot putt to save par while the other stuck an approach to three feet.

Here’s a good example from the PGA TOUR showing how many shots on average it takes to hole out from three separate distances on the fairway:

As you can see, if you’re taking more than two shots to get the ball in the hole when you’re seven yards from the pin, you are losing strokes to the field. There’s thousands of iterations of this example which vary based on different lies and distances.

There are six main strokes gained categories that we need to be cognizant of:

Strokes gained: Approach (measurement of any shot — usually second shots — not coming off-the-tee on par 4s and par 5s, or within 30 yards of green. Par 3s count as approach shots)

Strokes gained: Around-the-Green (measurement of shots within 30 yards of the green)

Strokes gained: Putting (measurement of any shot while on the green)

DFS golf is unique because each tournament is played on a different course. The dimensions, distance, and amount of bunkers/water hazards all vary for each course on TOUR, giving advantages to golfers with different skill sets on a weekly basis.

Looking at course history can be extremely helpful, as there are some guys who simply have a feel for certain tracks. A stark example of this includes Jordan Spieth at Augusta National. If you dig into it you’ll see that it makes perfect sense, as Spieth’s biggest weakness is his off-the-tee game. The extremely wide fairways at Augusta National mitigate this. Knowing what a specific golf course gives up and what its best defense is helps us identify the strongest plays on the slate.

We also now have the ability to go back and look at strokes gained data for each individual golfer at any course they’ve played on the PGA TOUR across the past half decade. Golfer XYZ posted a T-10 finish last year? Was this due to a hot putter? Or did he put on a ball-striking clinic? Going back and looking at exactly what someone has done well at a particular course can go a long way in determining if they’ll play well there again in the future, adding an additional layer to course history.

Course history and course fit is baked into our projections, and we will have additional context in articles and shows around course history. Note that simple results is not enough to define course history — Rufus touched on that during this pod with Adam Levitan.

5. Understand the difference between Cash and GPP Plays

This is something we read about in regard to every DFS sport, but it’s arguably the most relevant in PGA DFS.

Golfers best suited for cash games are consistent cut-makers who come into play both in good form and with some semblance of course history. At the end of the day, we’re trying to take on as little risk as possible in cash, so rostering guys who make the weekend at a 60% clip or worse are best left for large-field tournaments.

When playing those large-field tournaments, we can lean less on the odds to make the cut and more on our ceiling projections. These 90th-percentile outcome projections show which players have more volatility toward the high end.

In other words, taking on risk in large-field GPPs is far more viable. And in all top-heavy payout formats, we want to think about ownership leverage. If two golfers have similar base projections and similar odds to make the cut, but our ownership projection gap is wide… then we almost always want to play the less-owned golfer.