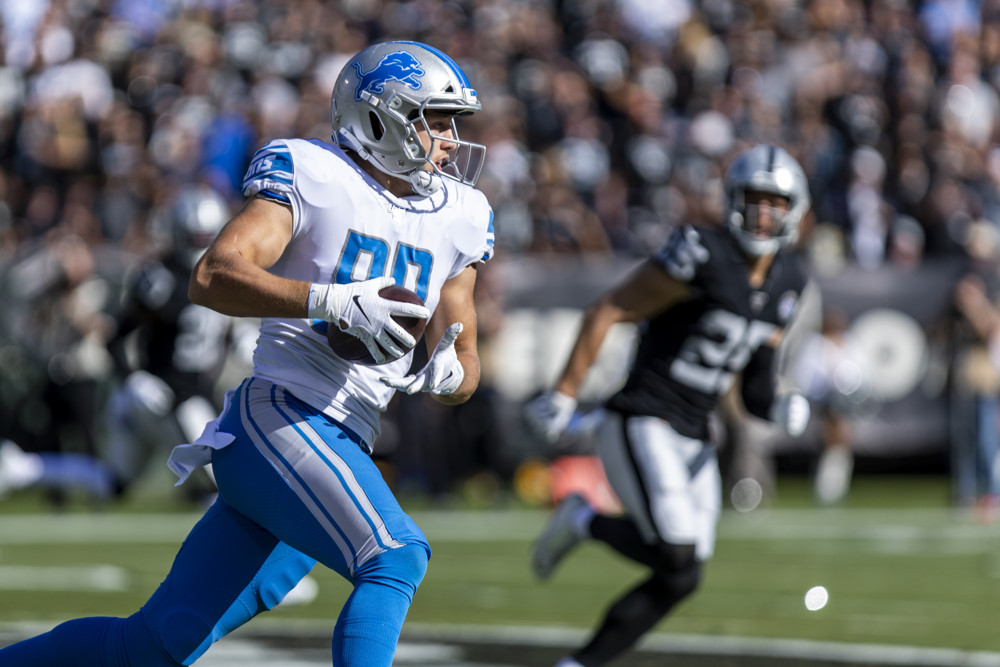 Welcome to the seventh edition of Leverage for the 2021-2022 NFL Season!

My goal in this space is to make you a better GPP player by highlighting concepts that can help you differentiate from your opponents and climb the leaderboard. Each week, I will highlight some of the thought process or strategy that goes into my approach when making tournament lineups. I’ll then use some specific examples from that week to help illustrate how I intend to implement those concepts into my own GPP lineups. The examples I highlight will be in my portfolio of lineups, but if you want to improve considerably as a GPP player, mastering the concepts are more important than copying the answers.

In Week 6’s Leverage, we discussed correlating your cheaper salary relief targets as a way of differentiation and raising your ceiling on the most fragile pieces on your roster. The idea proved prophetic as the winning Milly Maker lineup on DraftKings last week played Baker Mayfield with $3,500 Donovan Peoples-Jones. The second-place finisher had Tyler Higbee stacked with Matthew Stafford, while a few of the other teams in the Top 10 opted for no correlation whatsoever (!) with an unstacked Joe Burrow and an unstacked Lamar Jackson.

After a few weeks of chalk onslaughts, the contrarian players found a better environment to play in. Kareem Hunt was utilized by ~33% of the field and scored just 10.8 points. Only two players greater than 15% found themselves in more than 50% of the Top 1% lineups (Cooper Kupp and Jonathan Taylor). The most impactful players on winning last week were CeeDee Lamb (utilized by just 5.3% of the field but in 47.4% of the Top 1% lineups) and Adam Thielen (5.6% field utilization, 35.3% Top 1% lineups). There was still a good mix of chalk and contrarian. Alongside Kupp and Jonathan Taylor, Darrell Henderson and Darrel Williams were also in the Top 1% of lineups over 30% of the time and carried more than 17% ownership. Similarly, a winning QB stack strategy could’ve opted for chalk (Stafford – 11% with Kupp 19%) or contrarian (Dak – 3% with Lamb 5%). This is a good reminder that there are plenty of ways to build winning GPP lineups, but almost all of them will involve correlation and points of leverage. A chalk QB-WR combo can be a winning combination, but often will need to identify points of leverage in other parts of the lineup to ascend into the Top 1% of all lineups. A contrarian QB-WR stack brings some more flexibility in lineup creation and allows for a few more spots of chalk-eating.

How much correlation has been a topic circulating DFS Twitter and some of my individual conversations with other high-end players. I touched on some of the concepts I use to decide stack depth in Week 3’s Leverage article on stacking, but we haven’t touched much on bring-backs and how to think through those situations. So let’s get into it!

Key concepts to think about when bringing back on a stack: