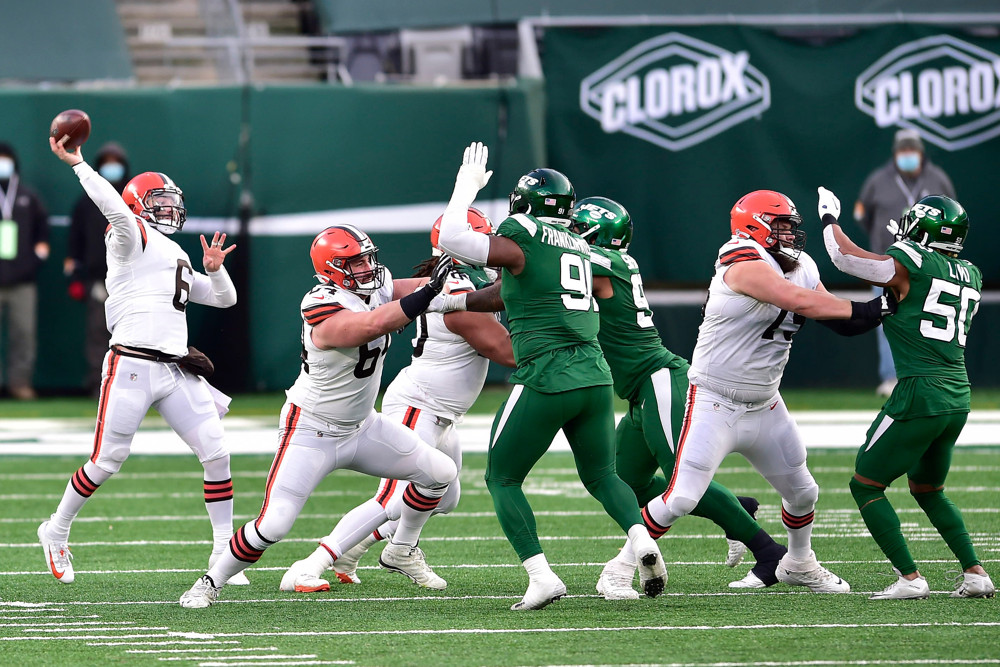 Offensive line play remains one of the most underrated pieces of the NFL puzzle. Relatively few people go in-depth on the subject even though it massively impacts game outcomes.

I specialize in evaluating trench play. The primary factors I use to arrive at these rankings are my game-film evaluations of each individual offensive lineman, 2020 performance as a unit, age, experience, continuity, and coaching.

Most teams are evaluated with built-in expectations of variance that could bump them up or down a tier depending on how training camp plays out with regard to injuries, position battles, and chemistry.

This list was made based more on how each unit projects in pass-protection than run-blocking. There will also be updates weekly throughout the season with a midseason update reworking the entire list with new summaries for each team.

Notes: No team in the NFL drafts and develops O-linemen better than the Saints. Each player was drafted by the team and all five starters are returning. New Orleans has the best tackle duo in the NFL with Terron Armstead and Ryan Ramczyk, both among the top three at their respective positions without any major weakness in their game. The interior of the line is led by third-year pro Erik McCoy who is on his way towards becoming one of the five or six best players at his position if he’s not already there. This unit also has the benefit of playing in arguably the most OL-friendly scheme in the NFL for an excellent O-line coach and elite play-caller in Sean Payton.

Notes: The Browns took the NFL by storm last season, led by an outstanding offensive line that drove a dominating run game that ranked fifth in yards per rush (4.8). A major reason for the personnel up front gelling as quickly as they did while sustaining it throughout the year was due to first-year head coach Kevin Stefanski and legendary line coach Bill Callahan’s system, which tailored itself perfectly to the strengths of the unit. The biggest individual story was Wyatt Teller, who during his 11 starts was the best guard in football. They also had a rookie left tackle in Jedrick Wills move over from the right side at Alabama the previous season and play very well, so there is every reason to believe he will only improve with an additional season at the position under elite coaching and next to a stud left guard in Joel Bitonio.

There really isn’t a glaring weakness or pessimistic view to take on this O-line aside from the fact that we only saw them dominate for one year, and that they did it at full strength for just 10 games. This is the primary reason they are No. 2 but also because when facing obvious, drop-back passing situations without the help of play-action or scheme, the Saints are better equipped to leave their tackles on islands with each player being significantly stronger in pass-protection.