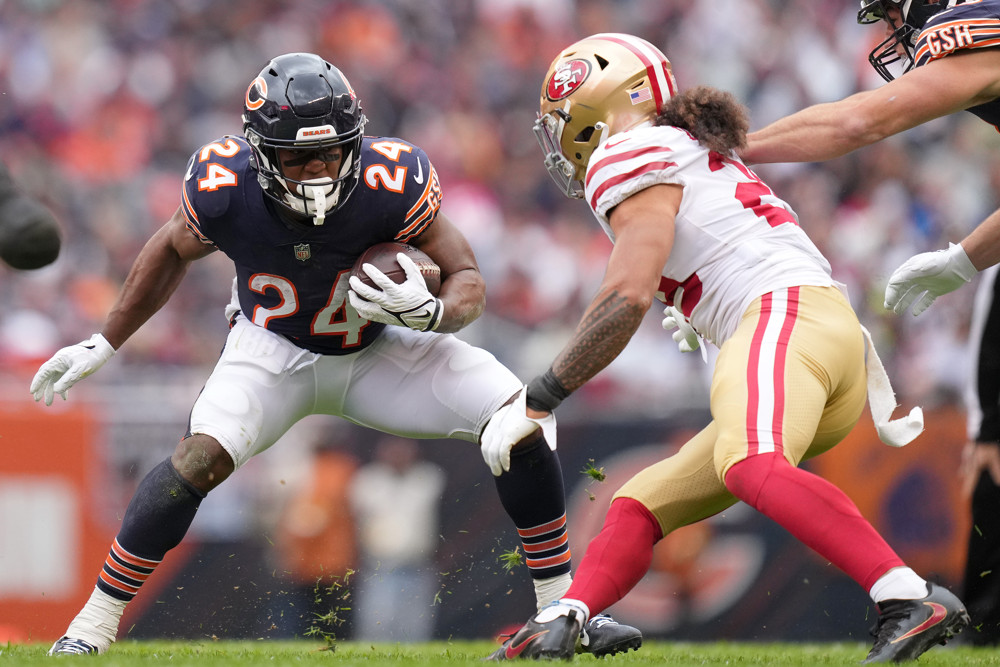 Hitting on a late-round running back is often a key part of building a championship roster; just ask anyone who got Elijah Mitchell or Cordarrelle Patterson for cheap last season. In general — especially in best ball, which is the primary season-long format people are playing right now — we recommend taking a healthy dose of wideouts in the first six rounds, which means you’re going to need to stick up on RBs later.

These late-round runners have a wide range of archetypes, from your pure handcuff backs with zero standalone value, to pass-catching web backs with no hopes of garnering a three-down workload. Different types of players can be viable depending on your build, but it’s generally wise to mix archetypes so that you don’t exclusively have handcuffs who won’t contribute in Week 1 or only have pass catchers who might lack the late-season spike-week potential of an RB with every-down upside.

With that in mind, let’s dig into some of the late-round RBs we like the most right now. For the purpose of this article, we’ll look at backs with an ADP in Round 7 or later on Underdog right now.

A.J. Dillon (ADP 73.2) – Dillon is arguably the most valuable RB2 in football, as he handled a 42.1% carries share when active last season and possesses top-end upside if Aaron Jones misses time. While the latter will handle most of the receiving work, Dillon could push for more carries in 2022 because of how much the Packers will need to rely on Jones as a pass catcher now that Davante Adams is in Las Vegas. A mid-round back with standalone value and league-winning upside, Dillon fits the mold we’re looking for perfectly.

Clyde Edwards-Helaire (ADP 77.9) – Heralded as a receiving back coming out of college, Edwards-Helaire failed to siphon passing-down work from other Chiefs running backs during his first two years in the league. With Darrel Williams in Arizona, Tyreek Hill in Miami, and notoriously bad pass catcher Ronald Jones as the only major RB addition, Edwards-Helaire could finally see meaningful receiving work in 2022.

Miles Sanders (ADP 80.4) – Sanders left four games early last year (one of which he later returned to). He had surgery on his hand after Week 16. He also didn’t score a touchdown despite touching the ball 163 times. In essence, Sanders ran about as badly as you possibly can in 2021. When he was on the field, he was fairly productive, leading the Eagles’ backfield committee and posting an 8.8% target share (in active games). Kenneth Gainwell could steal some third-down looks and Boston Scott may remain involved, but Sanders is the clear lead back behind a top-tier offensive line in one of the run-heaviest offenses in football.