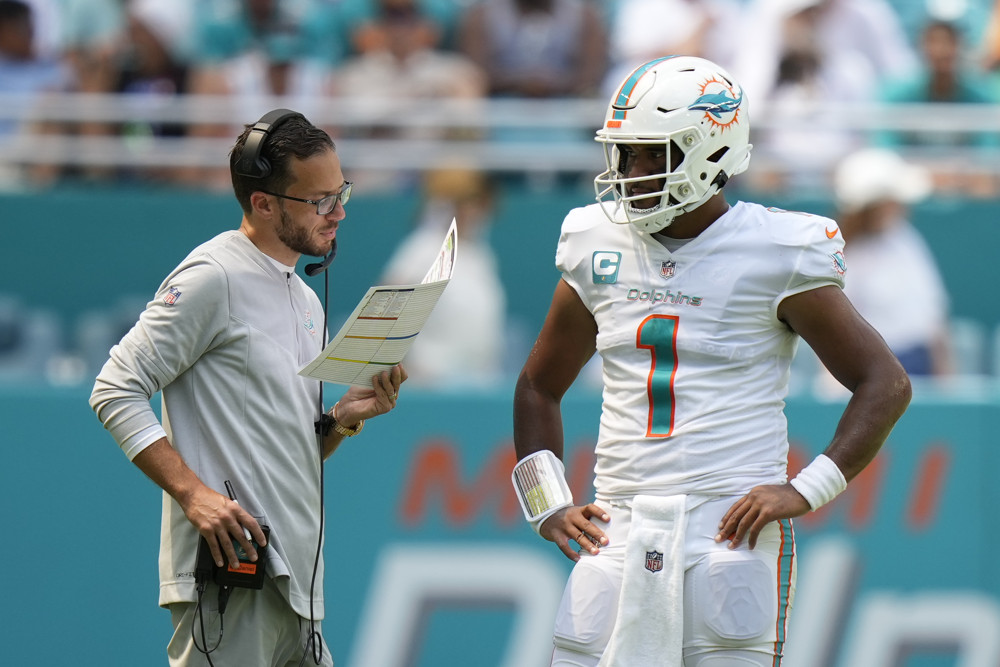 Bills-Fins pits against each other teams that through two weeks rank Nos. 1 (Buffalo) and 7 (Miami) in touchdowns scored and presents an actual test for Buffalo in a road-division game. Miami’s competitive likelihood increases the chances this game turns into a back-and-forth affair. Josh Allen faced the Fins’ defense with Josh Boyer as coordinator four times over the last two seasons, banking weekly fantasy results of QB1, QB19, QB13, and QB3. This year’s Dolphins have permitted the league’s fourth-most fantasy quarterback points. … A three-man RBBC whose production is further curbed by Allen’s rushing impact, the Bills’ running back unit of Devin Singletary, Zack Moss, and James Cook is one to fully fade. It doesn’t help that the Dolphins have surrendered the NFL’s fourth-fewest fantasy running back points. Even in a potentially high-scoring environment like this, Singletary, Moss, and Cook are bench material.