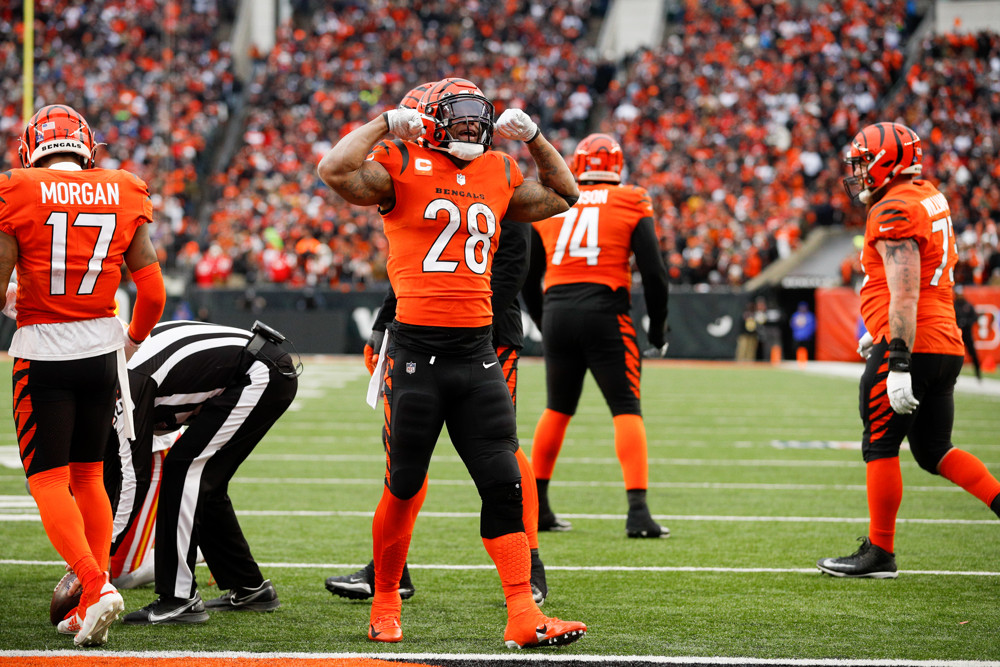 Albeit somewhat excusable based on the fact that he hadn’t played in an NFL football game in 700 days, Deshaun Watson’s league-worst performance among Week 13 quarterbacks inspired zero confidence as to his near-term fantasy outlook. Cincy’s allowance of the NFL’s fourth-fewest fantasy QB points further diminishes faith in Watson as more than a QB2. … Especially with hole-plugging NT D.J. Reader healthy, little about Nick Chubb’s Week 14 matchup stands out positively. The Bengals are holding enemy RBs to a modest 4.1 yards per carry and are favored by six points at home here, suggesting Chubb may run into negative script. I’m treating Chubb as a fairly risky and probably touchdown-reliant RB1/2. … Averaging 7.8 touches over his last four games, Kareem Hunt’s recent usage doesn’t warrant flex-play viability.