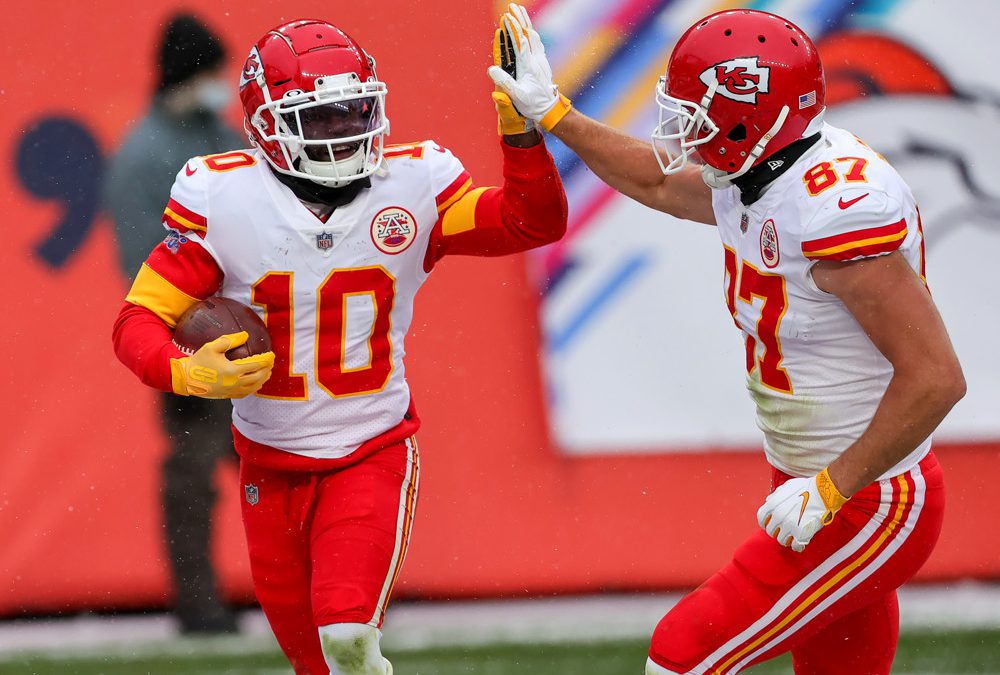 Even as the Chiefs seem clearly to be Sunday’s superior team – the defending Super Bowl champions are 10-point home favorites – any notion the Browns are incapable of keeping scoreboard pace looks invalid. Cleveland has banked 40-plus points in three of its last six contests; Kansas City reached 40 points once all year and hasn’t won a game by more than one score since Week 8 against the Jets. … Nick Chubb would project as the Browns’ top skill-position beneficiary should they keep this game within single-score striking distance. Enemy backs worked the Chiefs for 4.51 regular season yards per carry, and only New England finished lower than Kansas City in Football Outsiders’ run-defense DVOA. Since returning from injury in Week 10, Chubb is averaging 18.7 touches for 112.2 yards and 1.0 touchdowns per game.