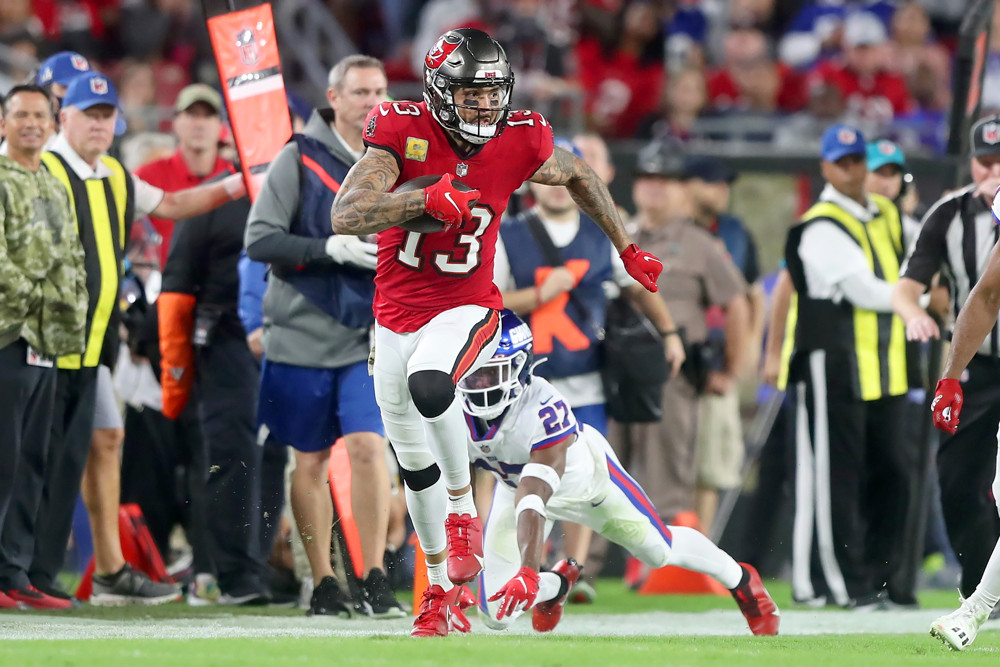 The Bucs come off their bye looking for an offensive kickstart after Todd Bowles’ team scored 22 points or fewer in nine of its initial 10 games. They got one to an extent from Rachaad White in Week 10’s pre-bye win over Seattle; the rookie started over Leonard Fournette and parlayed 22 carries into 105 yards while Fournette suffered a hip injury. Rocked by the run all year, Cleveland has let up 5.3 yards per carry and the NFL’s second-most fantasy points to running backs. I’m starting White as an upside RB2 and Fournette as a risky but still playable RB2/flex. … Just 22nd among quarterbacks in per-game fantasy scoring, Tom Brady is a fringe QB1/2 at best in what sets up as a low-scoring, potentially weather- and playing field-impacted trip to Cleveland. The good news is this is the healthiest Tampa Bay’s roster has been all year after the open date. There is room for optimism on Brady as a DFS-tournament sleeper.